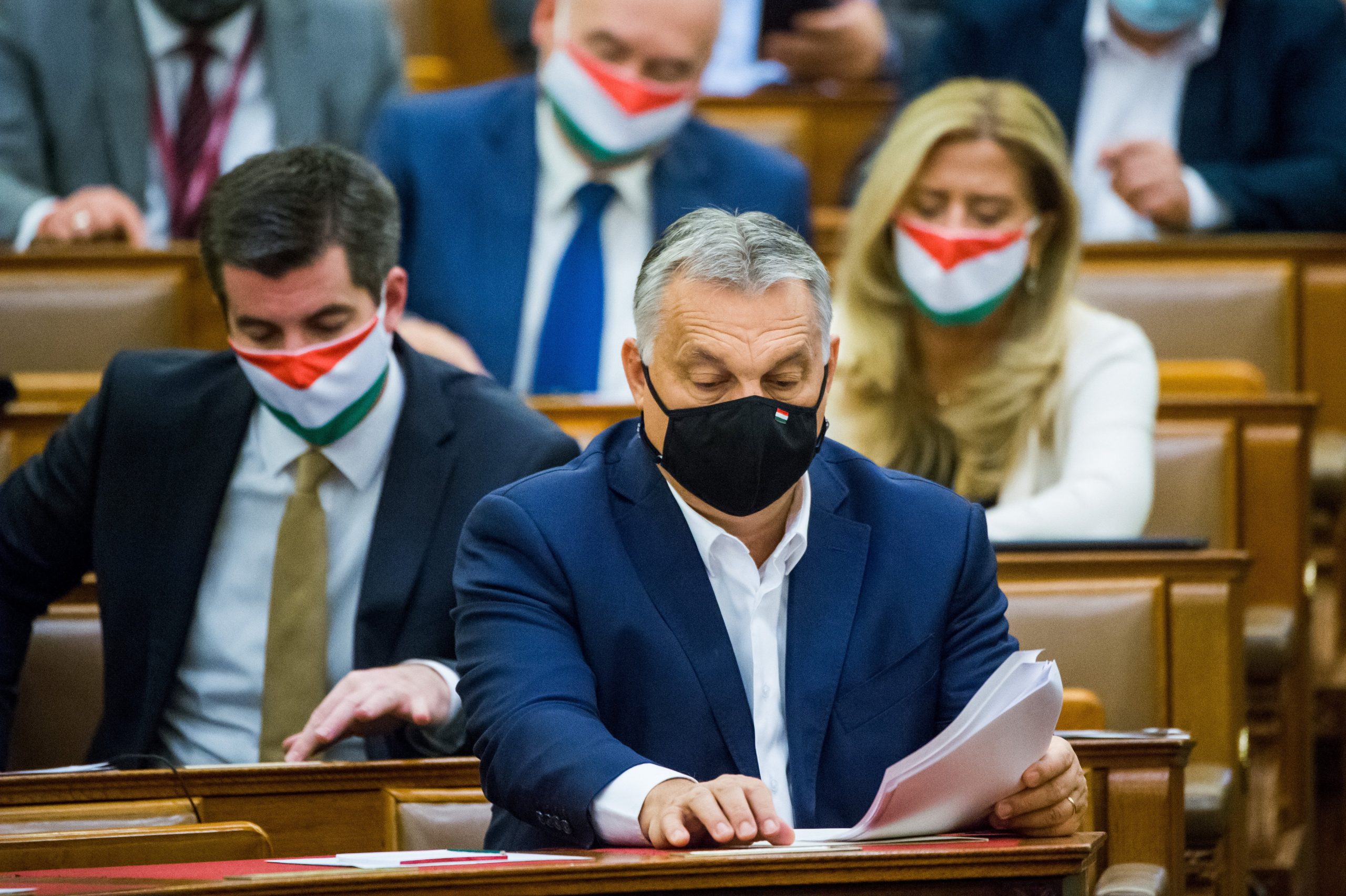 A conservative commentator lambasts the government’s proposed 9th amendment to the Fundamental Law, fearing that it will make it easier to channel public money to pro-government foundations. A pro-government columnist welcomes the proposed amendments that aim to defend Christian and traditional family and gender values.

Background information: The amendments to Hungary’s Fundamental Law tabled by Justice Minister Judit Varga on Tuesday adjust the framework of the state of danger, redefine the meaning of public money, define family roles by stipulating that mothers can only be female and fathers can only be male, stipulate that the biological gender of children needs to be protected and that children have the right to be educated based on constitutional and Christian values.

The government explained that the amendments are intended to defend families as well as children. In a separate bill tabled by Christian Democrat Party leader Zsolt Semjén, the government would make it more difficult for small parties to run in elections and thus claim public campaign subsidies.

The Hungarian Civil Liberties Union (TASZ) criticized both proposals, and suggested that the government wants to make it easier to channel public money to its allies through government foundations and also to make it more difficult for the opposition to run on separate lists in the next parliamentary election.

In Magyar Hang, István Dévényi finds it outrageous that the government is using the coronavirus emergency to make it easier to channel public money to its allies.

The conservative commentator also criticizes the government for publishing the details of the state of emergency only minutes before midnight, making it extremely difficult, if not impossible, for many Hungarians to prepare for new rules which came into force the next morning.

Dévényi notes that if they were in opposition, the government and its intellectual hinterland would cry out loudly in protest against such use of the coronavirus emergency to rewrite the constitution.

Magyar Nemzet’s Ottó Gajdics, on the other hand, welcomes the government’s intention to defend the institution of marriage. The pro-government commentator thinks that liberals critical of the proposed amendments want to promote globalist and multiculturalist values and eliminate national identity as well as biological sexual identity.

Gajdics goes so far as to write that liberals care more about animal rights than the rights of white heterosexual males. He also dismisses the opposition claim that the tabled constitutional amendments were part of the government’s emergency policies.