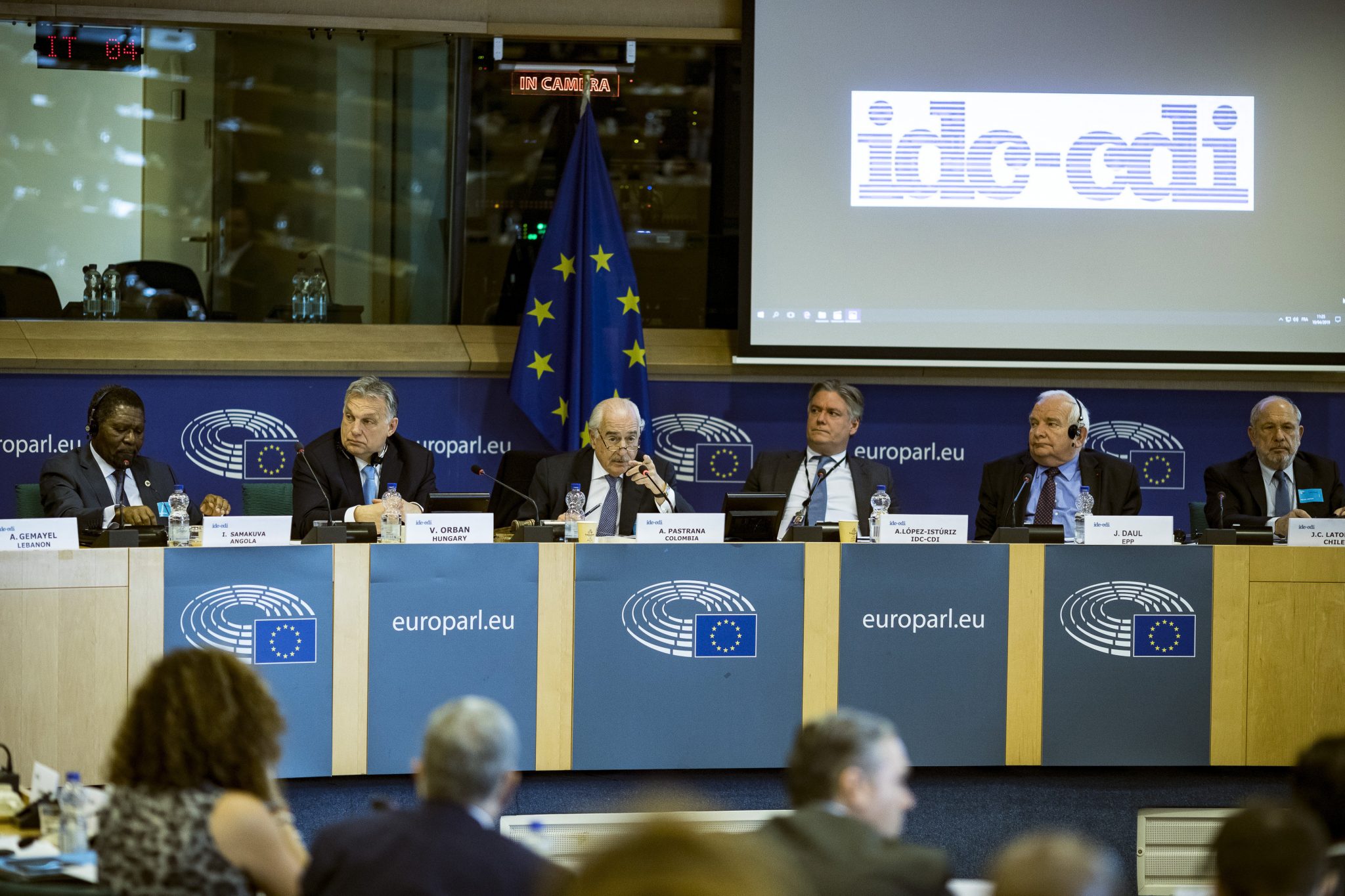 The CDI’s leadership passed the resolution at Fidesz’s request in a meeting on Thursday evening, Németh told MTI.

Németh said the CDI had also expressed concern over Jobbik’s “anti-European prejudices,” noting that the party had for a long time advocated for Hungary’s exit from the European Union, with many of its rallies at the time featuring EU flag-burning.

“In the present situation this anti-European sentiment is the last thing Europe needs,” he said.

The CDI has issued a clear zero-tolerance position on xenophobic, racist and anti-Semitic views, Németh said, adding that the organization was calling on Hungary’s left-wing parties to refrain from all forms of cooperation with political forces that express such views.

Parties of the parliamentary opposition on Tuesday signed an agreement concerning principles of a joint government should they win the next general election in 2022. Signatories of the document pledged efforts to build a “democratic, socially equitable, environment- and climate conscious, cooperative Hungary”. The document was signed by leaders of right-wing Jobbik, liberal Momentum, green […]Continue reading

In its resolution, the CDI raised concerns “about the fact that left and liberal parties in Hungary who in recent years distanced themselves from far-right Jobbik are now aiming to help the far-right come to power in a potential future governing coalition.”

The organization, of which Hungarian Prime Minister Viktor Orbán is a vice-president, “condemns any kind of cooperation between the European socialist and liberal parties and the xenophobic, anti-Semitic and anti-European extremist movements,” it said. The CDI added that it specifically condemned Hungary’s left wing “for including Jobbik, a party known for its anti-Semitic and racist ideology, in an electoral alliance.”

Related article
Hungarian Press Roundup: Prospects of the Joint Opposition in the 2022 Election

The organization also expressed concern over cooperation between mainstream parties and “anti-Semitic politicians”, which it said “could seriously endanger the situation of religious minorities, especially the flourishing Jewish community in Europe”.