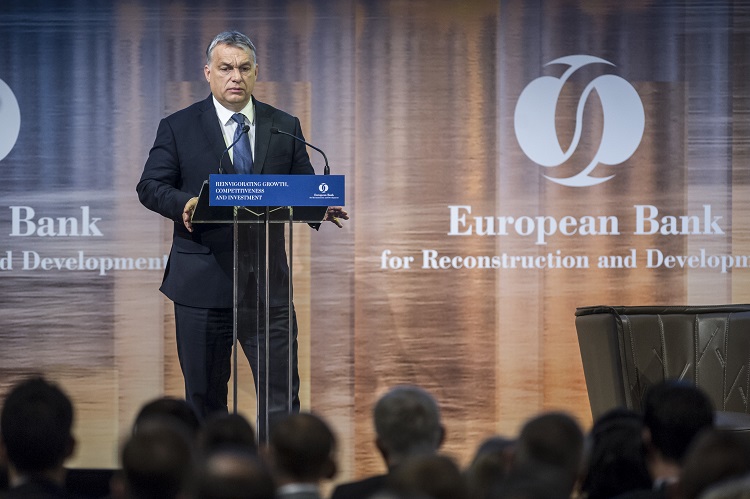 Hungarian Prime Minister Viktor Orbán called for a “firm increase” in wages in the Hungarian economy, which he said required increasingly competitive businesses. 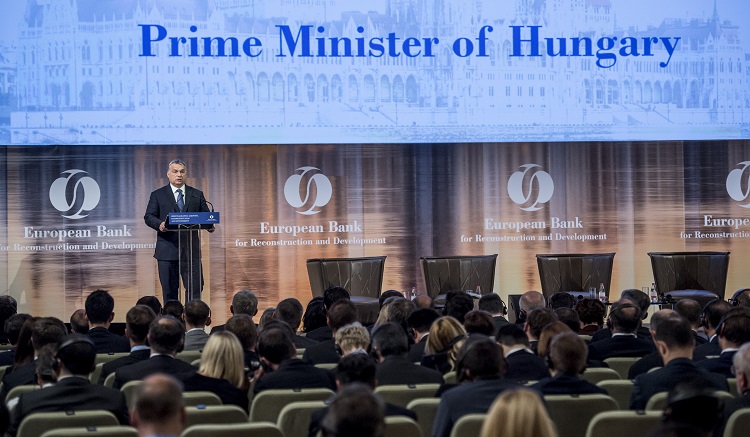 Addressing a conference organised by the European Bank of Reconstruction and Development (EBRD) in Budapest, Orbán said that reducing corporate and personal income taxes as well as employer contributions were necessary to enhance competitiveness. He added that red tape should be cut, while efforts are needed to make the labour force more competitive and increase competition in the banking sector too.

Concerning Hungarian banks, Orbán said that the sector was profitable but it lagged behind the most advanced countries in terms of efficiency and new technologies. Competitiveness is no longer supported by cheap labour alone, Orbán said, adding that both Hungary and the entire region must face the phenomenon of wage pressure, a demand of higher wages dictated by political realities and economic development.

Summing up his government’s achievements in the past six years, Orbán said that the number of taxpayers has increased from 1.8 million to 4.4 million, the national debt was reduced from 85% of GDP to 75%, while a budget deficit of over 7% has dropped to below 3%. The Hungarian government’s economic policy is not in the mainstream of European economics, Orbán said, but added that it was a successful model, and its components should be incorporated into European policies.

On the subject of the recent US presidential election, Orbán said that western civilisation could now “return to real democracy”. “What we call liberal non-democracy, in which we spent the past 20 years, is over. We can now return to discourse freed from political correctness and address problems with a pragmatic attitude based on common sense,” the prime minister said.

Concerning Brexit, the prime minister said “it is not at all a disaster or defeat but an attempt by a great nation to achieve success in a different way”. According to Orbán, the whole western world has just taken “important steps in an intellectual transformation” in which “we should not be concerned but find the opportunities it may offer”.

EBRD head Suma Chakrabarti told the conference that central and eastern European states’ antiintegration rhetoric could lead to ill-considered moves in emerging economies. He warned that a passive attitude should be replaced by efforts to find answers to global challenges. Among challenges in the CEE region, he mentioned negative demographic trends, an innovation gap with western countries, and low energy efficiency. He said the region needed further capital investments and efforts to distribute economic gains in a more equitable way.

via hungarymatters.hu and MTI photos: kormany.hu