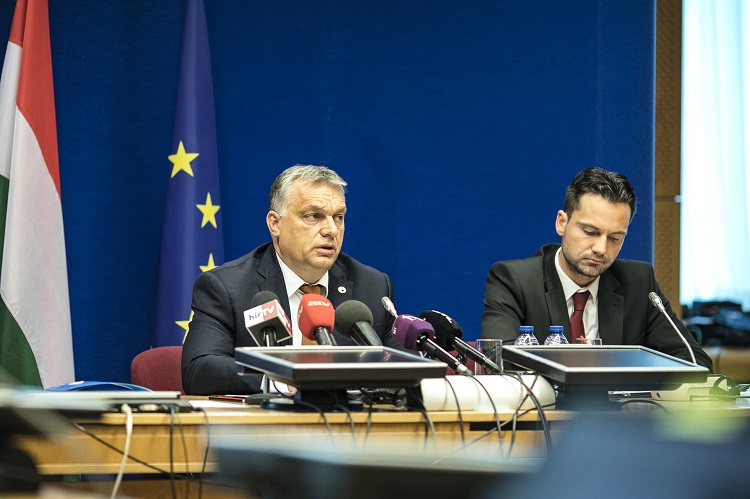 Full agreement on the need to strengthen the European Union’s defence dimension, with all member states willing to participate in the system, is the greatest achievement of last week’s two-day Brussels summit, according to Hungarian Prime Minister Viktor Orbán.

If a European army is born one day, this recent summit will go down in history books as its “starting point”, Orbán told a press conference just after the summit on Friday, assessing the two-day meeting. He said that reinforcing the EU from the point of view of defence was vital since a common military force could be a significant contribution to strengthening the bloc’s economic and political power, too.

Viktor Orbán said that migration was again in the foreground of the meeting, but on this occasion the participating member states focused on cooperation rather than differences of views. Questions like “what should be done with migrants unjustifiably allowed into Europe”, which are seen as impossible to
reach an agreement on, were not raised during the meeting, he said. Hungary views the redistribution scheme of migrants among EU member states as a matter of identity rather than a technical issue or a question of solidarity, he said, ruling out that others should determine whom Hungarians should live together with.

Not even a European Court ruling rejecting Hungary and Slovakia’s objections to migrant quotas will force Hungary to give up its position on the scheme, Orbán insisted.  “We have no intention of changing our identity. We understand that other countries have made that move but we have the right not to follow them. We are prepared to help those in need locally, build fences and defend the European Union’s internal territories.

We are prepared for several things but not to change our identity,” he said. The summit mainly focused on the external aspects of the migrant crisis. The summiteers agreed on the need to defend the EU’s external borders, halt illegal immigration and cooperate with the sending and transit countries, he said.

Answering a question, Orbán said that, after a “forceful start”, French President Emmanuel Macron and the Visegrad Four leaders agreed that cooperation between the V4 countries and France should be based on mutual respect.  At their meeting held on the sidelines of the EU summit on Friday, Macron and the V4 leaders identified the fields with good chances of pragmatic cooperation. The French president made it clear that he would do all in his power to increase efficiency within the EU, Orbán said, adding that this may herald reform initiatives after this autumn’s German election.