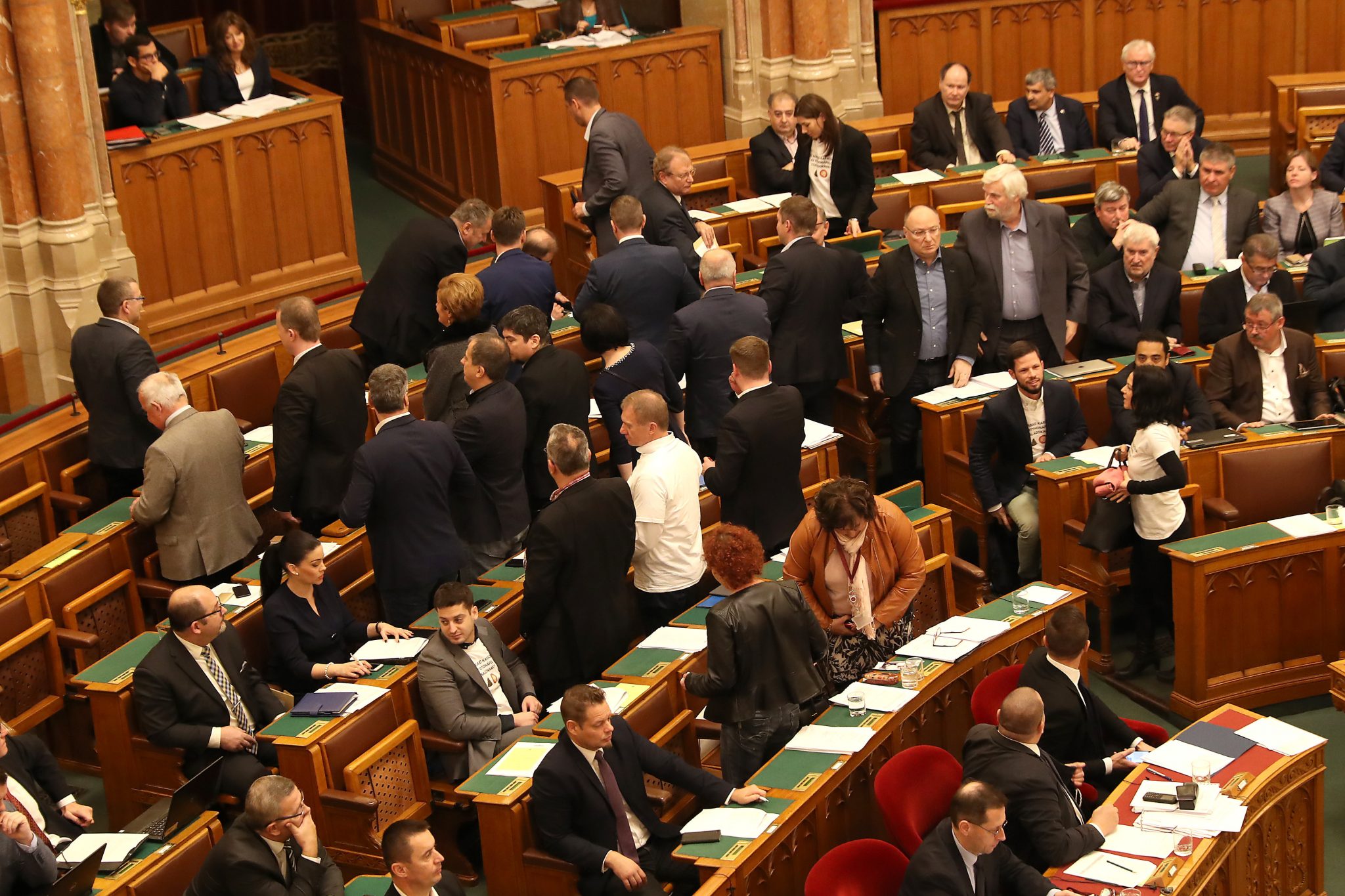 Hungary’s opposition parties are turning to the Constitutional Court with a request that it annuls new laws governing the operations of parliament.

Tímea Szabó, Párbeszéd’s co-leader, vowed that the “united opposition” would not retreat but would continue to “represent the interests of the people”. She said the constitutional concerns were grave as strict sanctions may end up disabling the work of lawmakers. It was problematic, she added, that the rules for imposing sanctions were arbitrary and the speaker could order penalties from his dais, while lawmakers had no option to appeal. The permanent restriction of voting rights was also a matter of grave concern, she added.

Ágnes Kunhalmi of the Socialist Party vowed to staunchly oppose any changes to the law. “In 2022, Fidesz will be in opposition,” she insisted.

Gergely Arató of DK said: “I want parliament to be a respected institution once again, but this requires the exercise of parliamentary rights … and the government taking the work of parliament seriously.”

In the featured photo: opposition MPs leaving the parliament after the ruling parties unilaterally changed the rules. Photo by Tibor Illyés/MTI