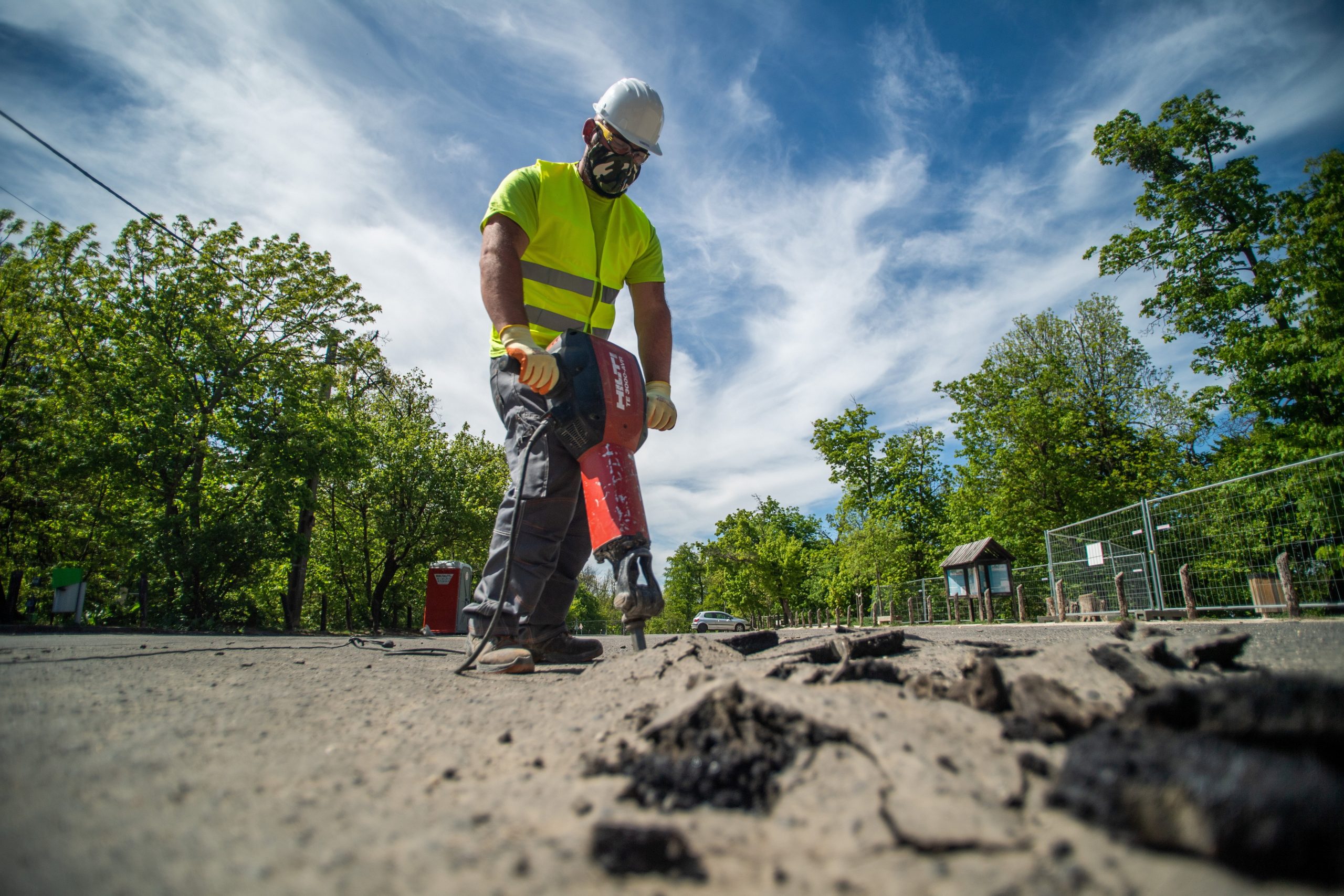 In the past days, Prime Minister Viktor Orbán has talked about one of the government’s major new goals to raise the monthly minimum wage in Hungary to 200,000 forints (EUR 575). In addition to the 2022 election, the announcement may also be in response to the fact that Hungary currently has one of the lowest minimum wages in the EU, while inflation has recently reached an 8-year high.

On Wednesday at a conference regarding many other economic measures, Viktor Orbán proposed that the minimum wage in Hungary should be raised to 200,000 forints.

“I would like to confirm that…we will undertake the task of raising the minimum wage to 200,000 forints per month in one or more steps,” Orbán said.

However, a hasty hike could lead to small and medium-sized enterprises breaking under the strain, as well as layoffs and growing numbers of job-seekers rather than full employment, he added.

A day later at the government’s regular press briefing, he also revealed that the public will be asked whether they think the planned increase alongside considerable tax cuts for SMEs should happen in more phases or in one go, in the government’s upcoming nationwide opinion survey.

At first glance, Orbán’s proposal might sound somewhat surprising. On one hand, it would represent a significantly higher increase compared to recent years; on the other, it’s a sharp departure from the government’s previous stance on minimum wages, deeming it a business almost “exclusively” between employers and employees in which the government has no key role.

Planned raise of minimum wage would be a 19.5% increase 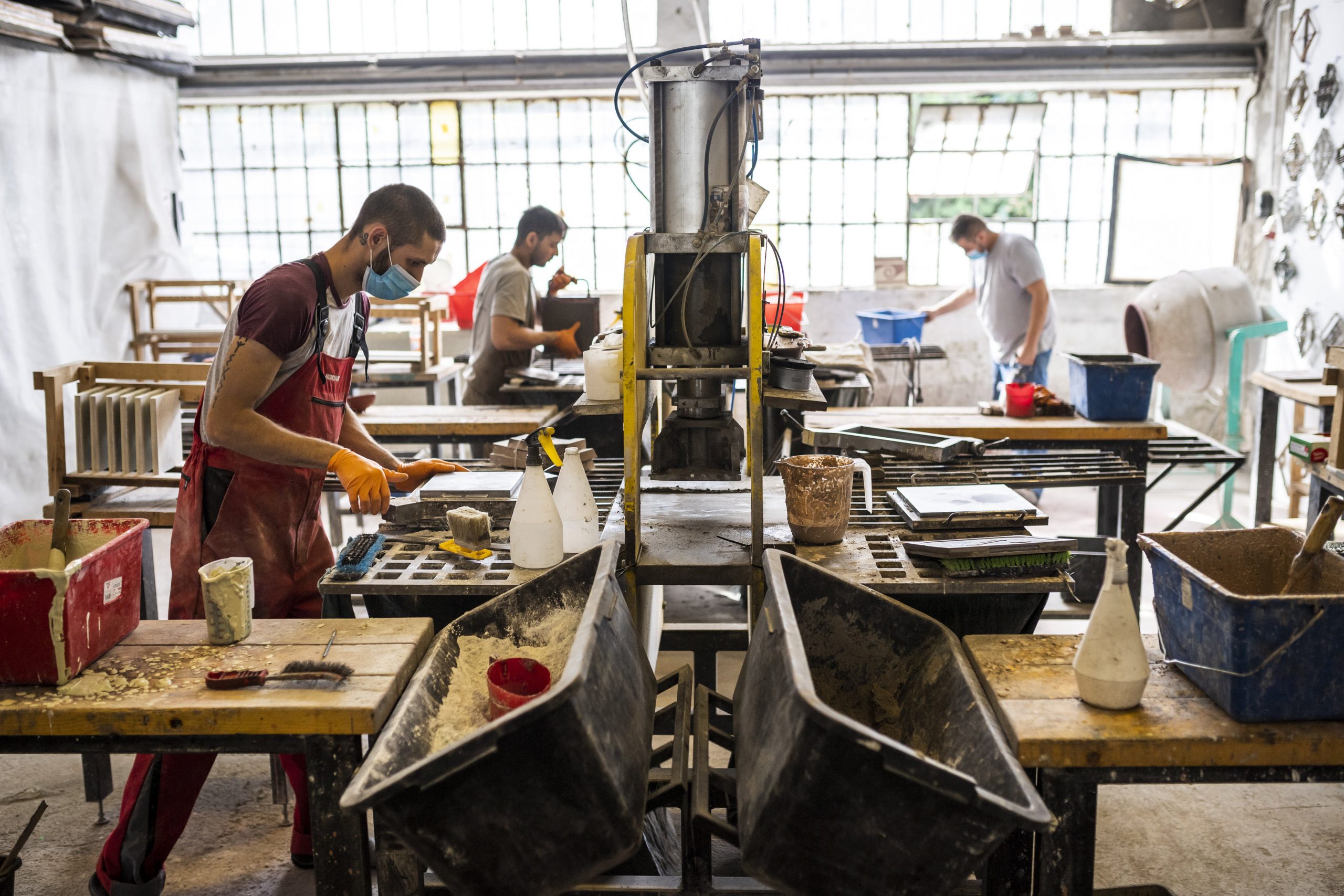 Even if SMEs are given a helping hand in the form of tax cuts, such an increase carries a lot of risks. After raising the minimum wage, salaries could also increase substantially, leading to a rise in operating expenses for companies, making prices of products and services more expensive. Increased prices mean a general increase in the cost of living, which could negate many of the advantages of a rise in the minimum wage.

However, if the increase were to take place in two steps over, say, two years, it’d appear to be much less significant, as we would be talking about an increase of around 8% in both years.

One reason why Viktor Orbán could be raising the issue, in addition to the upcoming 2022 elections, is probably the fact that Hungary’s minimum wage is one of the lowest in the European Union. For instance, according to a January Eurostat report, the current Hungarian gross minimum wage is ahead of only Bulgaria, and even Romania ranks higher. 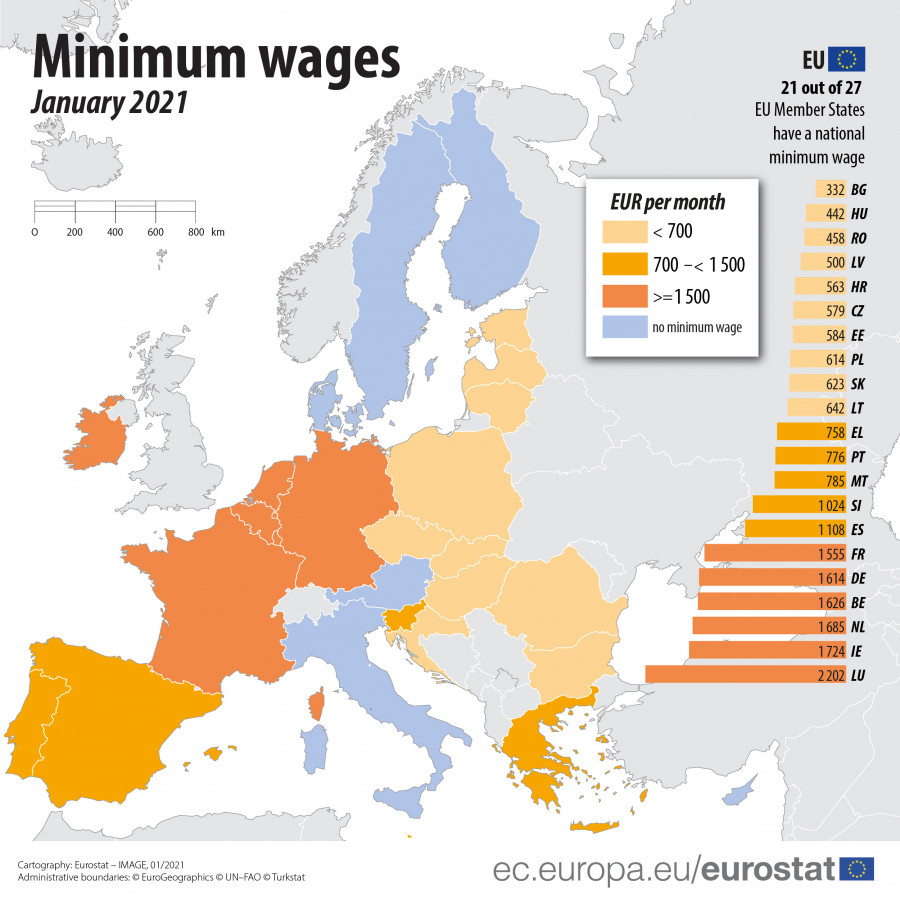 Due to different tax rates, price levels, and labor market regulations, this statistic does not give a perfectly accurate picture of living standards in a given country, but when comparing purchasing power parity and data regarding median wages, we can see Hungary in a similar position among the bloc’s countries.

Sadly, even raising the minimum wage to HUF 200,000 in the near future in one step, would only be enough to bring Hungary up to the current level of Czechia of EUR 579/month, according to the Eurostat ranking. However, as it is expected to be increased among several members of the EU in the future as well, even after the increase the Hungarian gross minimum wage would remain among the lowest in the EU.

Another reason for the minimum wage increase is likely to be the record-high inflation in Hungary, which reached an eight-year high of around 5.1% in April with a continuing trend in May. As a result, many things, including basic food items, have become much more expensive.