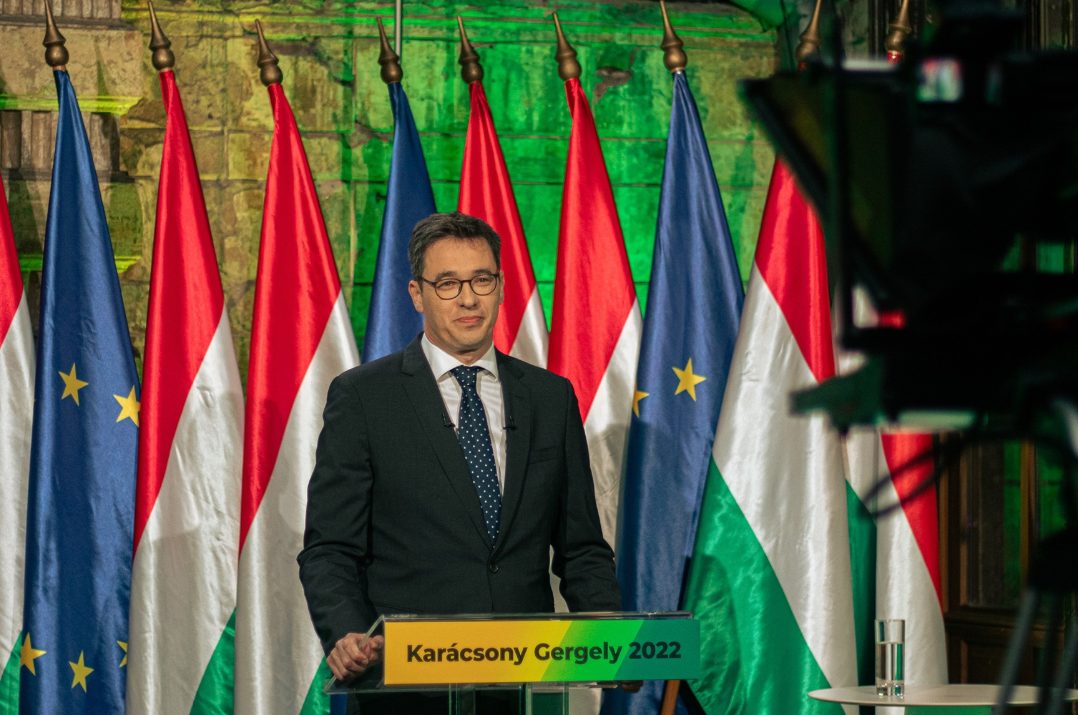 The editor-in-chief of a left-wing weekly promises impartial coverage of the upcoming opposition primaries, while a close associate of Budapest Mayor and potential opposition frontrunner Gergely Karácsony ponders the possibility of rolling back pivotal legislation carried through by Viktor Orbán’s cabinet. Finally, a political scientist ruminates on the distribution of power between government and opposition within the Hungarian party system.

In his Jelen editorial, Zoltán Lakner praises Budapest Mayor Gergely Karácsony for putting forward his own programme, as a candidate to challenge Prime Minister Orbán in next year’s election. The Mayor presents himself as being more urban than some, more rural than others and more conciliatory in his manners than others again. He visibly targets the largest possible audience. Nevertheless, Lakner promises that his weekly will not take sides in the primary contest, and will not refrain from criticising opposition figures or reporting other people’s criticism of them. In fact, he argues, opposition supporters must get accurate information about the candidates in order to be able to make their choice. On the other hand, he continues, ‘we must select someone who is replaceable’, rather than a Prime Minister who stays there forever. The opposition-leaning press must therefore not shrink from discussing the potential weaknesses of individual candidates. His main concern is whether voters will participate in sufficient numbers in the primaries to be held this autumn.

in Heti Világgazdaság, János Kis, the founding leader of the now-defunct liberal Alliance of Free Democrats (SZDSZ) party, who is now among the founders of Gergely Karácsony’s new movement ‘99′, argues for a reversal of the constitutional changes enacted by the Fidesz government over the past 11 years, even without the required two-thirds majority in Parliament. He would, however, make any such move dependent on the public mood. The liberal philosopher agrees with those left-wing and liberal jurists who maintain that Prime Minister Orbán has created an autocracy, thus all the constitutional changes and pivotal laws passed over the past decade by Parliament are null and void. He is almost certain that even if the opposition wins the election, its parliamentary strength will fall short of the two-thirds majority required to scrap pivotal laws, to remove members of the Constitutional Court, the Media Council, the chief judges, the Chief Prosecutor and other important officials. He acknowledges that by disregarding existing legal rules, the new majority to be formed by today’s opposition would to some extent compromise its project of ‘reinstating the rule of law’, though he also quotes a lawyer’s opinion that this would be a price worth paying for the necessary ‘regime change’. Nevertheless, he has misgivings about such plans, although of a political rather than legal nature. Namely, he fears a backlash on the part of Fidesz and therefore only deems such abrupt changes feasible if there is wide support for them amongst the population.

Mandiner quotes a study by political scientist Ervin Csizmadia who writes on the webpage of his Méltányosság (Equity) think tank, that over and above the political divergences and accusations, the elections next year will decide whether the population prefers a strong governing party or a multi-party government. The traditional Hungarian setup before World War I and in the interwar period alike was that of a dominating force in government, faced by disparate opposition parties. After the regime change in 1990, he recalls, the six main parliamentary parties were divided between a right-wing government side and a left-wing and liberal opposition. The population grew dissatisfied, meanwhile, with the way in which the transition to democracy and the market economy was managed and gave over half the parliamentary seats to the Socialist Party, in 1994. In Csizmadia’s interpretation, this signalled that the electorate wanted a strong government. Four years later, it was still dissatisfied, and this is how Viktor Orbán first came to power, with a coalition government that enjoyed only a slight majority in Parliament. Four years after that, Orbán narrowly lost the election, and the Socialist-Liberal coalition was re-elected in 2006, Csizmadia continues, in an attempt by the electorate to entrust one coalition with the long-term management of the country’s affairs. Policy blunders and infighting, as well as the financial crisis of 2008-09 brought that coalition down, gifting Fidesz with the opportunity to build a government strong enough to last a whole historical era. The attempt proved successful, with further two consecutive electoral victories in 2014 and 2018 – thus reviving the traditional Hungarian political pattern of one dominant governing force facing disparate opposition parties. This time, however, those parties appear to be capable of uniting in an attempt to take over the reins of power. Such a victory of a united opposition of small parties against the strong ruling one has only happened once in Hungarian history, in 1905-06, with the result that the new government at that time fell apart within a year. That said, Csizmadia refrains from predicting either the outcome of next year’s election or the fate of the potential new government.