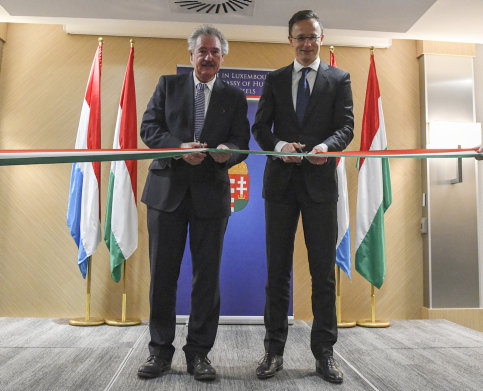 Speaking at the official opening of what is the Luxembourg office of the Hungarian embassy in Brussels, Szijjártó said the new mission, which will also handle consular duties, will be open to Luxembourg’s 2,000-strong Hungarian community as well as Hungarians living in nearby parts of Belgium and Germany wishing to take care of consular matters.

“The time has come to correct our predecessors’ mistake of closing Hungarian foreign missions ten years ago,” the minister said.

Hungary believes foreign representation requires a personal presence in order to be effective, he said.

Trade between Hungary and Luxembourg “broke all previous records” last year, Szijjártó said, noting that Hungarian exports to the country rose by 28 percent to 100 million euros.

Luxembourg firms present in Hungary are also continuously expanding their capacities, he said. Among them are a glass factory in Orosháza, in south-eastern Hungary, and cargo carrier Cargolux, which will now operate six flights a week to and from Budapest, Szijjártó added. Also, one of the low-cost airlines will launch a direct flight between Luxembourg and Budapest in October, he said.

Szijjártó noted that the Luxembourg office is Hungary’s fourth diplomatic mission to open this year, following the ones in Miami, Wroclaw and Jerusalem. The Hungarian government plans to open twenty similar missions in the coming period, he added. 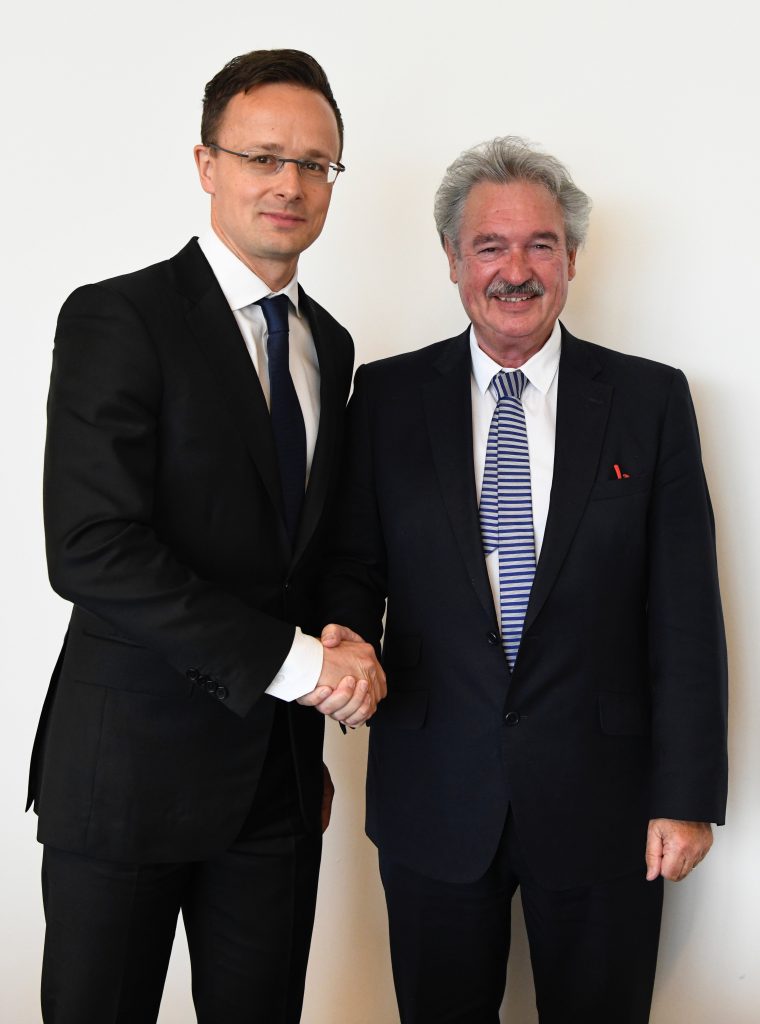 Jean Asselborn, Luxembourg’s foreign minister, said at the ceremony that Britain’s planned exit from the European Union had demonstrated the need for unity and bilateral relations within the bloc. He said the Benelux states and the Visegrad Group comprising Hungary, the Czech Republic, Poland and Slovakia were capable of working together to overcome their challenges.

On the featured photo: Jean Asselborn and Péter Szijjártó. Photo by Mitko Sztojcsev/Ministry of Foreign Affairs and Trade