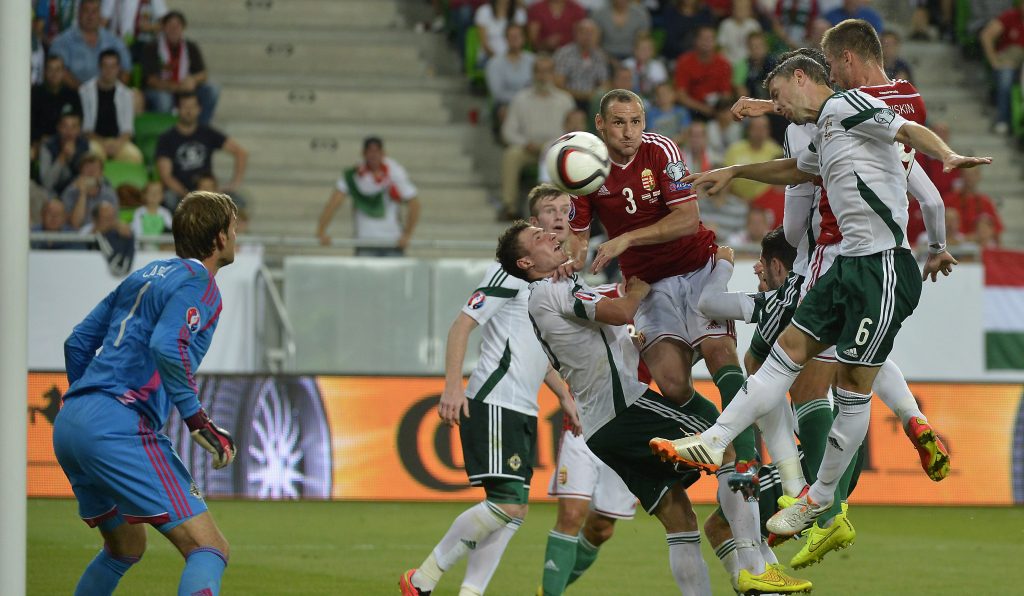 A decisive Northern Ireland side managed to capitalize on the mistakes of a dozy Hungarian side on Sunday night at the first qualifier of the Euro 2016 Championships, defeating home team Hungary to 1-2 at the Budapest Groupama Arena. The first competitive game of coach Attila Pintér will go down as a dark page in the history books, as this defeat marks the 400th home game of Hungarian football.

Pundits and fans both agreed that a strong start to the Euro 2016 campaign has to be made against a supposedly weaker Northern Ireland side, cementing a foundation for Hungary’s bid at the Euro 2016. The first half started with enthusiasm, Hungary developed corner after corner, although all attempts felt somewhat toothless. After 45 minutes the scoreline showed 0-0 at the first match of the brand new Budapest Groupama Arena, although with an attendance of 20,600, the full-house atmosphere surely played into the Hunarian team’s hands.

The second half showed a more even picture as both Hungary and Northern Ireland were eager to develop chances. The first goal came in the 75th minute when after a cross Tamás Priskin managed to climbs his defender and headed into the net. The joy of the Arena, however, was short lived, since only after 6 minutes, capitalizing on a defensive mistake Niall McGinn scored the equalizer. The goal stunned Hungary, and with the injury of Lipták, the team tried to survive the last minutes with one man down. The attempt was unsuccessful, since in the 88th minute Vilmos Vanczák’s block on an attempt resulted in an own goal.

Hungary will play next on October 11 in Romania, eager to set it’s Euro 2016 campaign on the right track. (MTI)