The police detained a Hungarian driver on his way to Austria early on Thursday after they found that he was transporting 24 migrants without travelling documents in his truck, western Hungary’s local police reported.

The passengers are believed to be Syrian and Afghan nationals, while one person said he was coming from Grande Comore island.

Legal proceedings have been initiated against the smuggler, while the migrants will be returned to the border, the police website said. 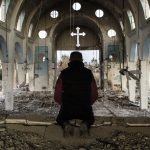