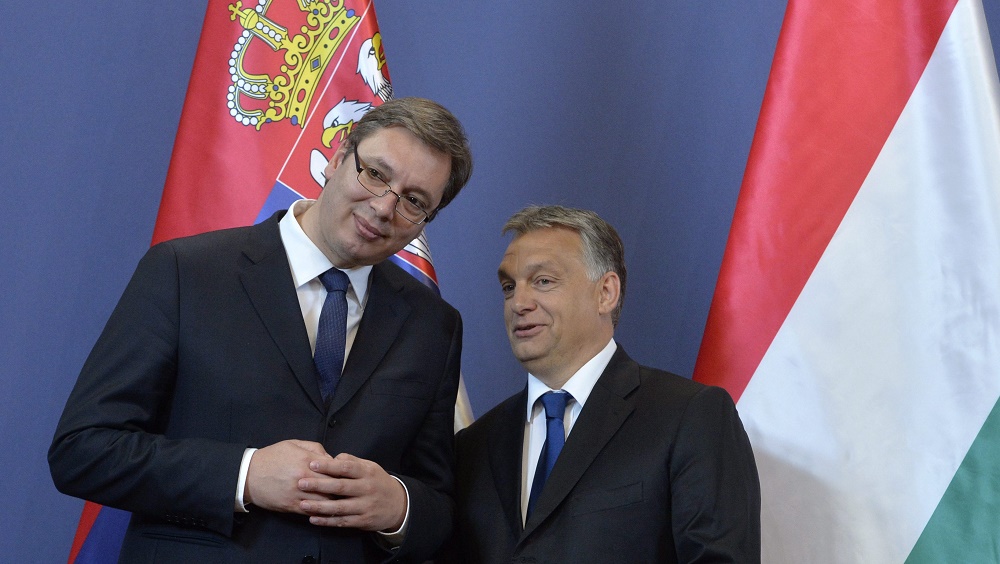 The governments of Hungary and Serbia have held a joint session in Budapest on Wednesday, discussing bilateral ties including the critical situation emerged recently at the common border of the two countries. Hungary is forced to protect its southern border, PM Viktor Orbán said after talks with his Serbian counterpart Aleksandar Vučić, adding that Hungary’s measures to defend its border “are not aimed against Serbia or the Serbian people.”

Hungary wants to maintain and expand its legal border crossings, and will not close the border at all but “we will do all we can to stop illegal border crossings,” Viktor Orbán said. Hungary is in “dire straits” as “the new wave of migration” is not just coming from the south, but “there is an intent to send back illegal border crossers to Hungary from the west, too”, he said. “As uncomfortable as it may be, we are forced to protect Hungary’s southern border,” the prime minister said.

Serbia is proud of and happy with its good relations with Hungary, Serbian PM Aleksandar Vučić said in Budapest, adding that the effort the two countries have put into developing their relations could not be undone by the fence the Hungarian government is planning to build along the border. Vučić said that it is especially important for neighbouring countries to be on good terms in difficult times, adding that Hungary is a “great friend” to Serbia.

Meanwhile the Serbian, Austrian and Hungarian interior ministers have agreed on close cooperation in Budapest in the interest of curbing the extreme migration pressure affecting their countries. The most important elements of the cooperation extend to joint border control and the reinforcement of joint investigation teams set up to fight human trafficking, while the parties will also seek to involve the competent agencies of the European Union to the fullest possible extent. Joint patrol services will be stepped up both on the Serbian-Hungarian and the Serbian-Macedonian borders, the ministers said.