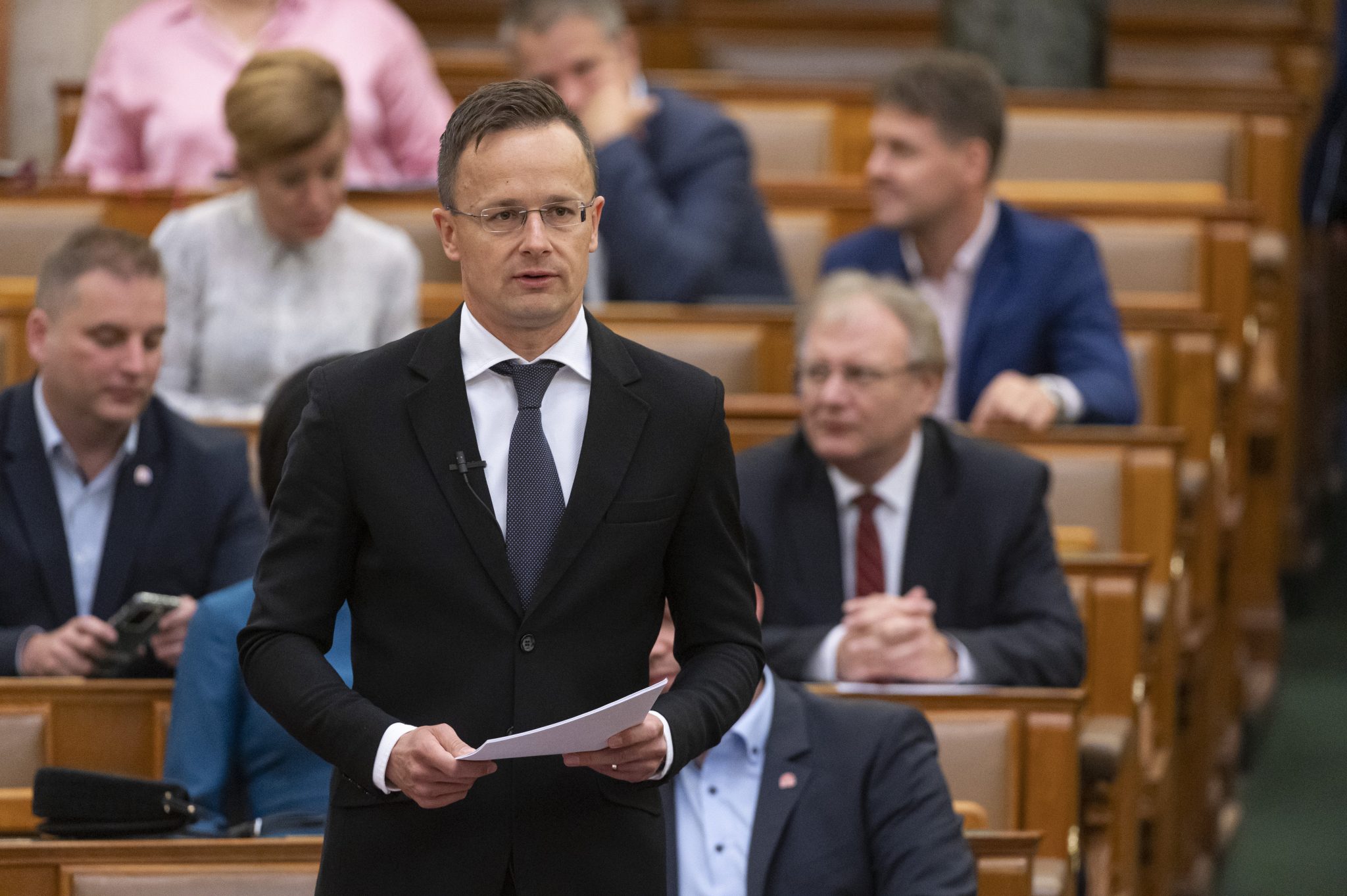 Foreign and Trade Minister Péter Szijjártó on Monday underlined the importance of maintaining a “reasonable balance” between safeguarding human life, restarting the economy and “returning to normalcy” in Hungary’s emergence from lockdown.

Measures introduced by the government over the past few days are aimed at preparing the health-care system “for an unprecedented situation”, giving the economy a head start in the new era of the global economy and repatriating Hungarians stranded abroad due to travel restrictions, Szijjártó said in an address to parliament.

The foreign ministry has so far helped bring more than 10,000 Hungarians home, with 541 more stranded abroad, Szijjártó said. The European Union has been notified of all flights that have repatriated Hungarians and other EU citizens, but Hungary has received no response or support from the bloc, he said.

Concerning health accessories delivered from China in the recent period, Szijjártó said more than 130 planes have shipped equipment to Hungary so far. Hungary has so far taken delivery of more than 132 million face masks and is contracted to receive 40.4 million more, the minister said. China has delivered 3,298 ventilators, 1,351 of which arrived last week. Fully 2.37 million coronavirus testing kits have been delivered with 1.17 million more on the way. Hungary has also taken delivery of over 68 million items of protective gear, he said.

China has also sent 850,000 pills that have shown to be a promising treatment option for Covid-19 patients, he said, adding that Japan has also agreed to deliver more than 12,000 pills.

Hungary has also received help from other countries and has itself provided help to the Hungarian communities beyond the border, neighbouring countries and the western Balkan countries, he said.

As regards economic measures, Szijjártó noted that the government has approved a scheme to support the investments of businesses operating in Hungary with grants worth up to 800,000 euros.

So far 526 companies have applied for the scheme, undertaking investments worth a total of 254 billion forints (EUR 717.5m) to preserve 93,650 jobs, the minister added. The government has since doubled the funding available for the scheme to 100 billion forints, he said. Talks are ongoing with the EU on scrapping the limit for the amount of funding one company can receive, Szijjártó said, adding that the EU is expected to make a decision at the end of the month.

Hungary in the recent period also had to deal with “outright lies” regarding its law in response to the epidemic, the minister said. These included claims about the alleged suspension of parliament and “sly Nazi-baiting”, he said.

Now that parliament can start preparing to end the state of emergency through legislation, “all those who lied that the opposite would be the case should apologise,” Szijjártó said. “Although this will never happen, it’s enough that they got caught in their lies.”