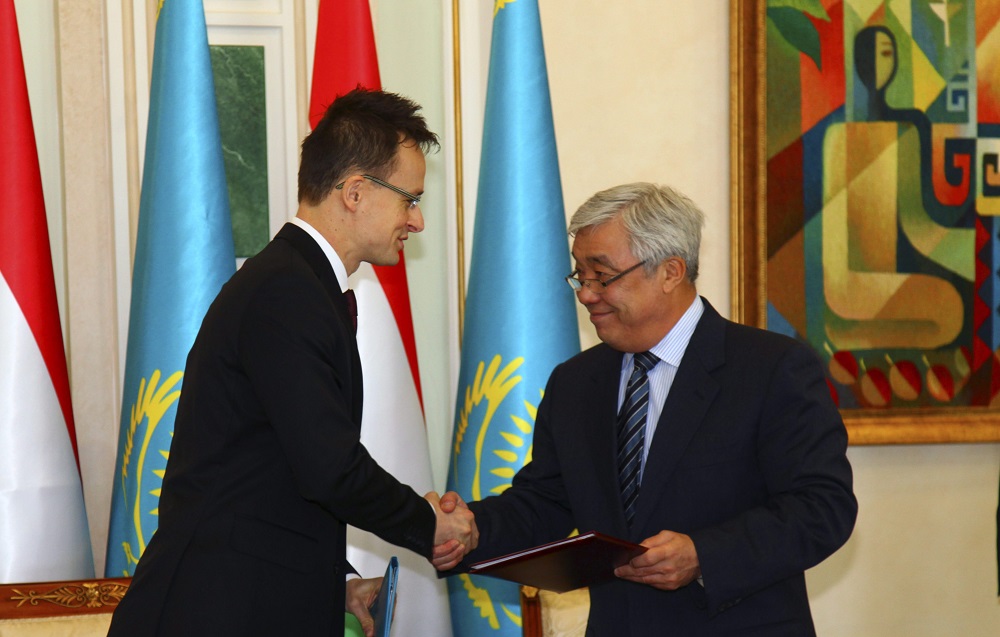 Kazakhstan is still Hungary’s main trading partner in Central Asia, and Kazakhstan’s most important trading partner is the EU, so it would be reasonable for both countries to promote pragmatic and enduring dialogue between the EU and the Eurasian Economic Union, Péter Szijjártó said. He added that the cooperation between Hungary and Kazakhstan could serve as a basis for relations between the two unions.

An investment programme worth USD 24 billion has been launched in the country. The Minister noted that a joint financial investment fund had been set up, with Hungary and Kazakhstan injecting 20 million dollars each. Moreover, Eximbank created a credit facility worth EUR 45 million to support the cooperation of SMEs and a Hungarian trading house also opened in Astana recently.

Péter Szijjártó said that energy was a prospective field of cooperation, noting that the Kazakh government supports the expansion of the operation of Hungarian oil and gas company MOL in Kazakhstan. Moreover, Kazakhstan is also preparing to introduce an electronic toll system, and a Hungarian company is likely to win the contract to build it.