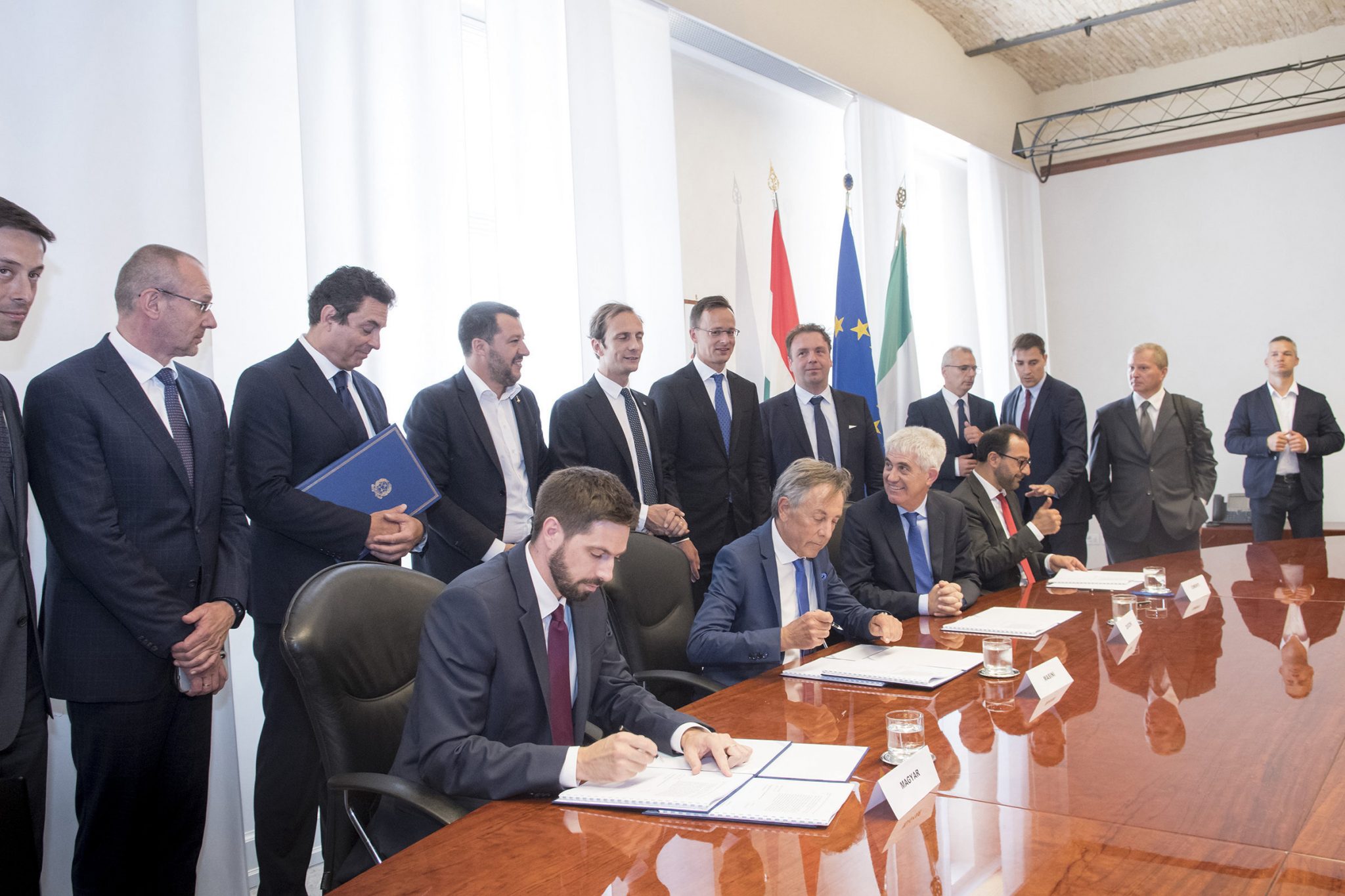 The state of Hungary on Friday signed an agreement on establishing a port and logistics base in Trieste to give Hungarian companies easier access to export markets.

Hungary has purchased a 32-hectare plot with 300 m of seafront for 31 million euros in the framework of a 60-year concession agreement, Péter Szijjártó, the foreign affairs and trade minister, said at a joint press conference with Italian Interior Minister Matteo Salvini.

Investments worth close to an additional 100 million euros will be carried out at the site, he added.

Traffic passing through the port is expected to reach about 2 million tonnes a year, or 78,000 containers.

Szijjártó called the agreement “one of the most important deals in recent years”, saying it was a strategically important one for Hungarian firms and the country. The minister said the deal would open a new chapter in Hungarian-Italian relations, adding that cooperation between the two countries “has never been this encouraging”.

Szijjártó noted that Italy was Hungary’s fifth largest trading partner and the fifth most important investor in the country. He noted that there are some 700 Italian firms doing business in Hungary employing over 15,000 people.

Salvini said he and Szijjártó had discussed cooperation in the areas of energy, farming and food production. The sides also touched on partnering on big infrastructure projects, he added.

Szijjártó initially announced the government’s plans to set up a port in Trieste in June.