Industrial output in Hungary grew by an annual 4 percent in November, the Central Statistical Office (KSH) said in the first reading of data on Tuesday.

Output increased by 3.5 percent adjusted for the number of working days. For the period January-November, industrial output was up an unadjusted 3.5 percent year on year. In a month-on-month comparison, output slipped a seasonally and working day-adjusted 1.1 percent.

A government official said the data showed Hungary in second place among the Visegrad countries and the 24 percent increase in Hungarian industrial output since 2014 was twice the European average. Gyula Pomázi, deputy state secretary at the ministry of information and technology, told state news channel M1 that the positive industrial data indicated that growth was here to stay “in some form”.

The automotive industry accounted for the biggest slice of output in January-November last year, while food products, electronic devices and the health industry were also major components. He said there was scope for a further significant expansion in the vehicle industry with the emergence of new technologies such as self-driving and electric vehicles.

Gergely Suppan, an analyst at Takarékbank, noted that industrial output growth had slowed to 4 percent in November last year after a 5.9 percent increase in the previous month, underperforming expectations.

Péter Virovácz, chief analyst of ING Bank, said industrial output continued its rollercoaster ride in recent months following weak performance in October, too. The duller figures are not specifically attributable any one key sector and most manufacturing segments were able to grow in annual terms, he added.

Nézőpont: 78% Approve of State of Emergency 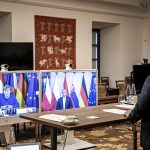