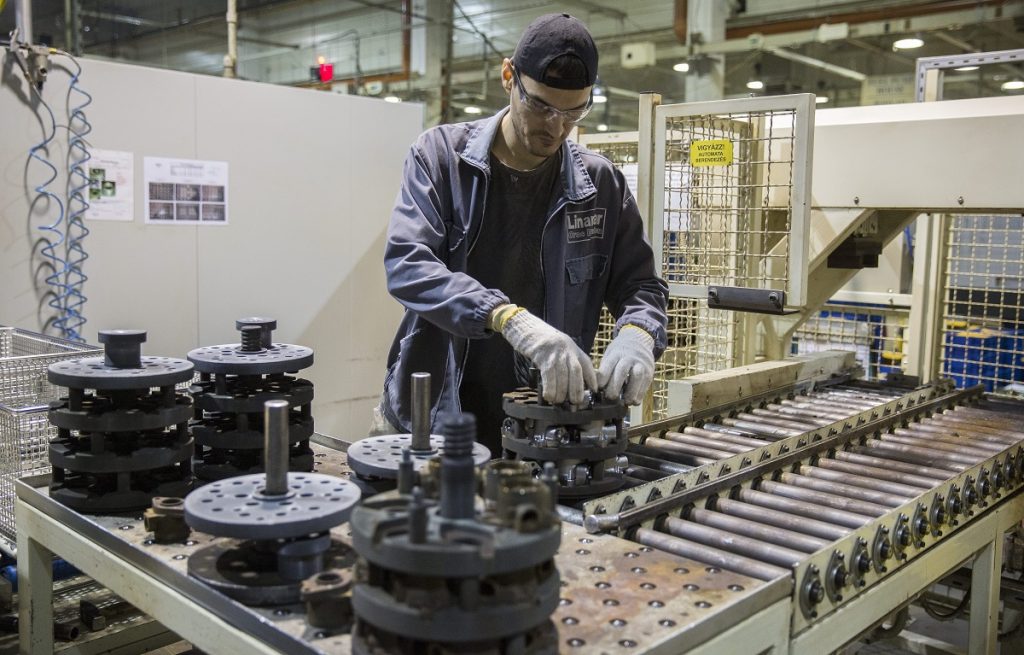 In the previous month, unadjusted industrial output rose by 6.1 percent, while it was up 6.4 percent based on working day-adjusted data.

In the Jan-Nov period, output increased by an annual 6.0 percent.

The slowdown was most apparent in automotive production, while the growth of computer, electronic and optical products accelerated slightly. The rate of growth in food, drinks and tobacco output was above the industry average, the KSH added.

ING Bank analyst Péter Virovácz noted that on a monthly basis industrial output has now fallen for two months in a row, raising the question of whether the setback was temporary or whether adverse international trends have caught up with the Hungarian economy. In 2019, industrial output is likely to have grown by 6 percent, he said, adding that this could slow to around 4 percent this year.

Takarékbank analyst Gergely Suppan said the effects of a stream of investments at home were counteracted by a drag on growth in foreign markets, adding that output was expected to grow by 4.8 percent this year (4 percent adjusted for seasonal and working-day effects).

Erste Bank analyst Orsolya Nyeste said the November data were slightly disappointing, adding that changes in output could remain volatile in the coming months. In the short term, the outlook is positive for the sector, but in the mid-term uncertainties abound, she said, adding that output growth may slow from 6 percent in 2019 to slightly below 5 percent this year.