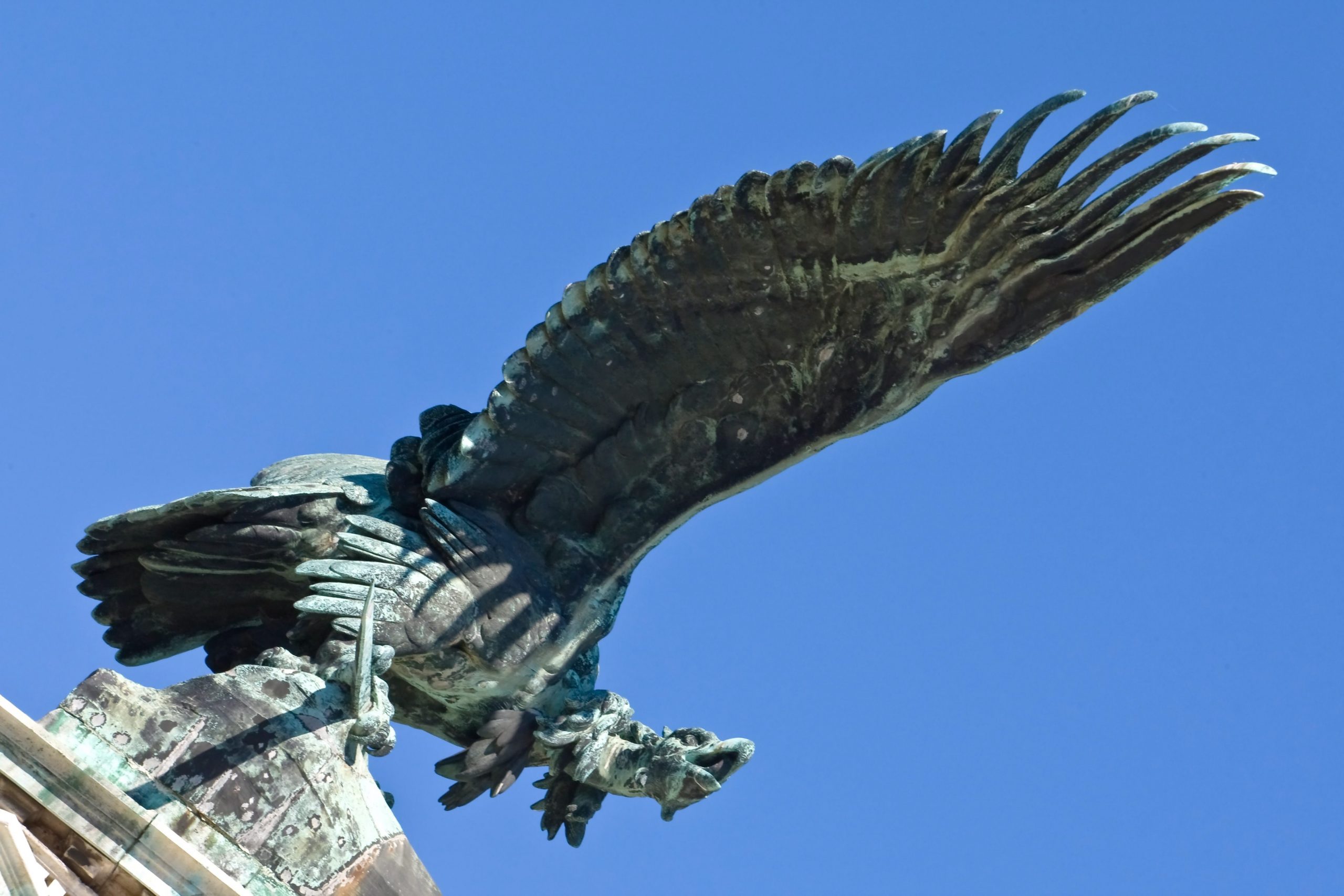 Three weeklies devote long articles to Hungary’s place in the world and its attitude towards its own history. This comes in reaction to the increasingly visible animosity between the government and several important international allies, who demonstratively back the standpoint of the Hungarian opposition.

In Demokrata, Balázs Orbán, a political scientist who serves as State Secretary for strategic issues in the Prime Minister’s Office, writes that Hungary is part of the Western alliance but is not prepared to accept directives from abroad. He is interviewed by the pro-government weekly about his recently published book entitled ‘The ABC of Hungarian Strategic Thinking’. Over the past half-millennium, he explains, Hungary has always tried to loosen its dependency on imperial powers and achieve as much autonomy as possible. Since the regime change in 1990 however, he continues, Hungary has risen to full sovereignty, some of which she has voluntarily agreed to share with the European Union. At that time, people widely believed in a universal recipe for success in the 1990s, but by now, that belief has been thoroughly shaken. All countries, Orbán believes, (he is just a namesake of the Prime Minister) must follow their own path to success. In various geopolitical contexts, there may be several political and economic systems or cultural traditions that can make a country successful, and Hungary is seeking her own recipe. Asked whether Joe Biden’s election as US President will require a change of strategy from Hungary, he replies that the former world order is disintegrating, while nobody knows what the new one will be like or how the United States will react to the new strategic challenges. In any case, he concludes, Hungary’s goal is basically the same as it has always been – not to let herself be dictated to from any foreign quarters.

In his Mandiner editorial, Barnabás Lemeiszter argues against opposition attempts to delegitimise the government side by likening it to extreme traditions from the era of the Second World War. The left-liberal opposition wants to remove a statue devoted to all Hungarians killed in the Second World War in Budapest’s 12th district. The statue represents the Turul bird, an ancient eagle-like Hungarian totem that was adopted by right-wing extremists as their symbol in the interwar period. Among the names engraved on metal strips beneath the bronze statue is that of the grandfather of the district’s current mayor, who has since turned out to have been a mass murderer. Mayor Zoltán Pokorni, a prominent Fidesz personality since the mid-1990s, had his grandfather’s name removed and proposed the rebranding of the statue as a World War I monument. He also suggested the erection of a new one, by mutual consent, to honour the victims of World War II. His left-liberal critics, however, insist that the Turul statue be removed altogether. 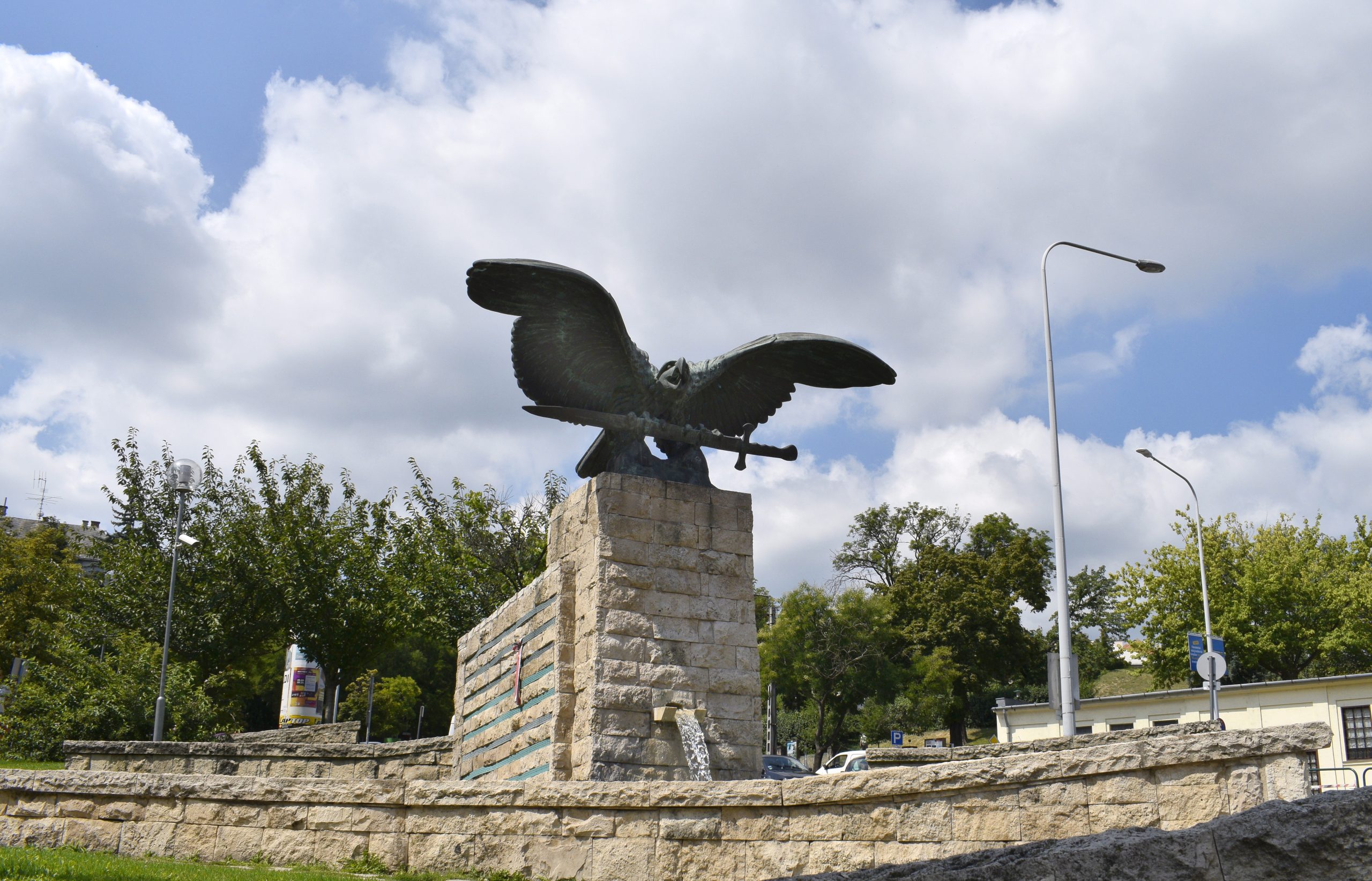 For now the Turul statue in the 12th district (Hegyvidék) will not be removed. Although originally it was erected to commemorate the local World War II victims, the placement is highly controversial, since the Turul symbol was used by the Arrow Cross brigades who waged a massacre virtually just steps from the statue. In addition, […]Continue reading

Lemeiszter warns against the temptation of viewing the country’s history as a fatally flawed sequence of crimes and injustices. History is always contradictory and complicated, he explains, and suggests that historical self-flagellation threatens to destroy the identity of a nation by engendering self-hatred and trans-generational remorse for evil deeds that were committed by earlier generations. He calls Germany’s history a frightening example from this point of view, without elaborating on why exactly he thinks so. His other example, that of the United States, sheds some light on what he has in mind about Germany. Traditional American patriotism, he admits, may sound bombastic to European ears, nevertheless, by rewriting the past into a horror show of continuous oppression, progressives risk destroying what unites Americans across all their differences. He cautions Hungary against embarking on the same path.

In 168 Óra, constitutional lawyer Richárd Szentpéteri Nagy laments that the left is allowing its own historical traditions to sink into oblivion. The 1st of February, the ‘Day of the Republic’, the anniversary of the 1946 law that put an end to the monarchy and proclaimed the Republic, was not marked this year, nor has it been remembered in public for decades. The last time it was brought up was during the transition towards democracy in 1989 when József Antall, who would become the first democratically elected Prime Minister just one year later, suggested that the status of the President of the Republic be modelled on that 1946 law. Szentpéteri Nagy believes the Left should explain why it hardly remembers anything at all from its own past. The Left behaves as though it is affected by some collective amnesia, he suggests, incapable of naming the traditions it wishes to build upon, or at least a few names from history it can be proud of. It is high time for the Left to answer which events it wishes to identify with, to build its own historical narrative, he continues. This question should have been answered long ago, he concludes, but in light of next year’s election, it should be deferred no longer.