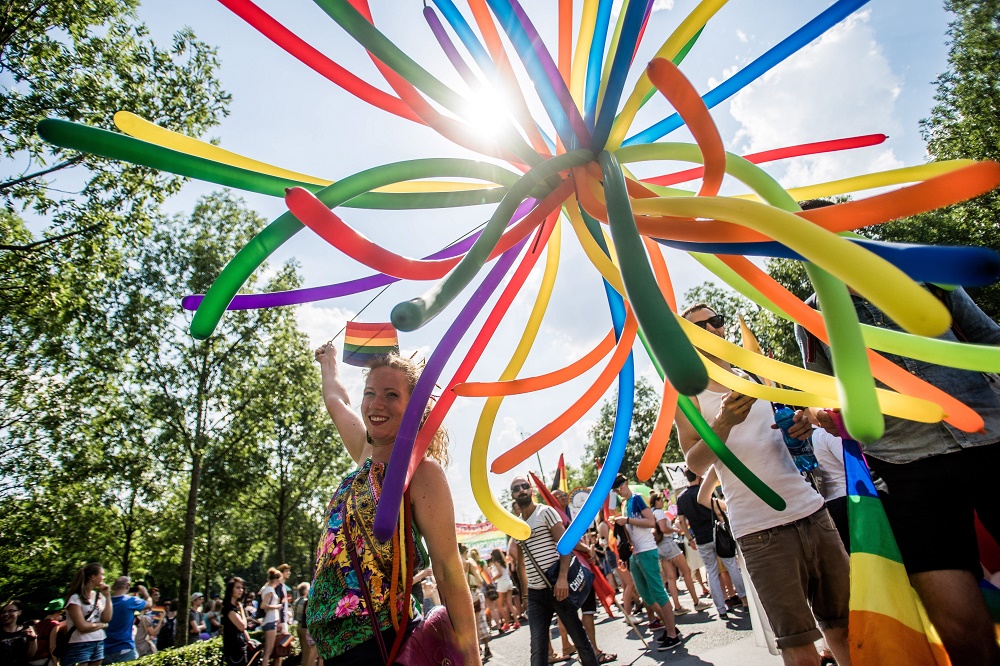 Liberal and left-wing commentators in unison criticize radical right-wing MP Dóra Dúró for shredding a children’s book intended to strengthen acceptance of homosexuals. Conservative pundits, on the other hand, call for the government to put an end to what they label ‘homosexual propaganda’ in kindergartens.

Background information: Dóra Dúró, Vice-President of the radical right-wing Our Homeland Party, shredded a copy of the book Dreamland in protest against what she called ‘homosexual propaganda’. The book of tales was published by Labrisz, a lesbian organization, with the aim of strengthening awareness and tolerance of homosexuality among kids. The book contains nine rewritten classical tales in which the main characters belong to minority groups – gay, lesbian, transsexual, Roma, deaf or elderly. In an interview, Prime Minister Orbán said that Hungary is very tolerant of homosexuality, but homosexuals should leave children alone.

In Heti Világgazdaság, Zsolt Szerekes interprets Dóra Dúró’s performance as an intolerant attack on human dignity and diversity. Szekeres, a gay man himself, notes that homosexuals and individuals with non-mainstream gender identities suffer discrimination from early childhood, which causes trauma for many. He also accuses the government of ‘waging a hate campaign’ against homosexuality. Szekeres believes that Hungarians are actually more tolerant and inclusive than the row over the book Dreamland suggests.

In another opinion piece in HVG360, the premium online edition of Heti Világgazdaság, Péter Hamvay accuses Fidesz of choosing homosexuals as their prime target, replacing their previous enemy, migrants. Thus, the left-wing liberal journalist claims, government propaganda provided Dúró with the ideological context to shred the book. Hamvay thinks that the government will sooner or later introduce legal reforms to curtail the rights of homosexuals.

In Magyar Narancs, András Gerevich recalls that he has lived two parallel lives for a long time, as a traumatized closet gay man, as a result of everyday prejudice targeting homosexuality. Gerevich writes that Hungary has indeed changed a lot in the past decades to become more tolerant towards homosexuals. He concludes by writing that children’s tales can help make people more tolerant, and help gays overcome self-hatred and accept themselves.

In 168 Óra, Bence Svébis likens Dúró’s stunt to Nazi book burning rallies. The left-wing columnist fears that Dúró’s act will trigger a broad movement against homosexuals and increase discrimination and intolerance in society.

In Vasárnap, Zsolt Ungváry writes that ‘the overemphasis of gay rights is a tool to disrupt public order’. The right-wing columnist thinks that homosexuality is a small subculture and sexual preferences should be a private matter. Ungváry calls for ‘benign ignorance’ of sexual matters, adding that it was gay activists who crossed a red line and upset the status quo, by publishing a book for children which, in Ungváry’s opinion, amounts to an open provocation that threatens the public peace.

In Magyar Nemzet, conservative economist György Németh points out that there is no scientific proof of innate homosexuality. In the absence of a ‘gay gene’ or other biologically determining factors, homosexuality is determined more by nurture than nature, Németh contends. He adds that homosexuals are more likely to suffer from depression and schizophrenia. If homosexuality is at least partly the result of sociocultural factors, then states have an obligation to secure circumstances that will reduce the likelihood that someone will become gay, Németh writes. He concludes by suggesting that pro-gay activism among kids should be considered as pedophilia, and therefore should be criminalized.