The Hungary Helps humanitarian scheme supports the return of Iraq’s Yazidi refugees to their homes, the Prime Minister’s Office said in a statement.

The solidarity shown by the Hungarian government manifests not just in words but also in the actions it has taken to help the Yazidi community, the PM’s Office quoted Tristan Azbej, the state secretary in charge of aiding persecuted Christians, as saying at an online conference organised by the a.

The Hungarian government’s actions will enable “the members of the community that have been a victim of genocide to remain or return to their homeland”, Azbej told the conference marking the memorial day for the genocide of Yazidis by the Islamic State militant group.

The aid Hungary provides to persecuted Christian communities via its Hungary Helps Programme covers both the protection of human life and restarting the local economies, allowing the communities in question to remain in or return to their homelands, Azbej said.

He said Hungary will also support setting up a centre focused on the reintegration of Yazidi women who were victims of sexual violence by jihadists or sold as sex slaves into society.

“The projects will be carried out in line with the basic principle of the Hungary Helps Programme,” Azbej said. “We believe that help should be provided at the point where it is needed instead of bringing trouble over here.”

The conference was also addressed by Samuel Brownback, the US ambassador for religious freedom, and Jan Figel, the European Union’s former special envoy for freedom of religion, among others, the PM’s Office said. 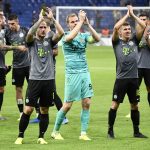