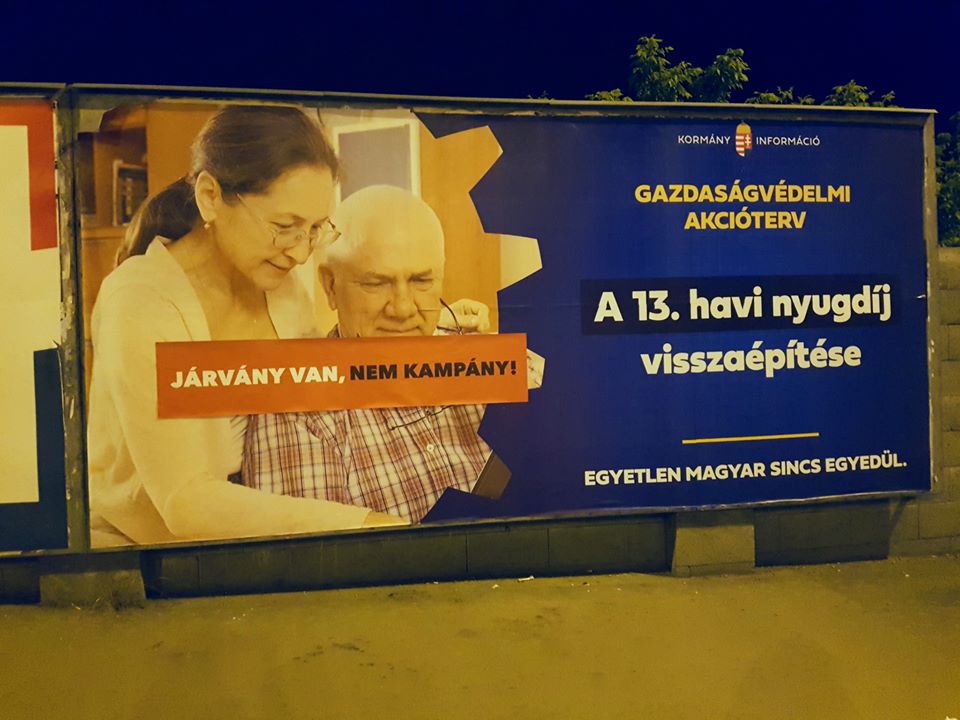 “There’s an epidemic going on, not a campaign”- this is the main message of liberal party Momentum’s new initiative that places stickers with critical slogans on the government’s billboards advertising its economic action plan.

In a Facebook post explaining the move, the party claims that while the government spends billions on a billboard campaign, even “this much money wasn’t enough to deliver complete information.” In their view, the billboards forget to reveal, for example, that since the outbreak, the salaries of state secretaries were hiked by 35%, the companies of [Orbán ally, and childhood friend Lőrinc] Mészáros were on the receiving end of numerous projects worth hundreds of billions, sports get an additional HUF 6 billion (EUR 17 million) in support, and the government is spending tens of billions on propaganda.

All this while people who lose their jobs are not receiving meaningful help, zero support goes to struggling SMEs, and municipalities fighting the epidemic are being pushed into bankruptcy, Momentum claims. 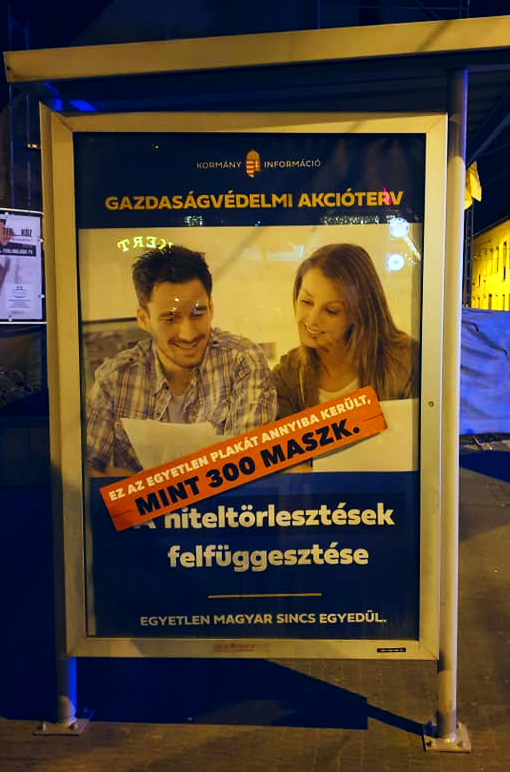 “This one poster cost as much as 300 masks.” Image via Momentum-Facebook

According to the party, the government shouldn’t use the state-of-emergency to further solidify its power and to pay their allies, and instead of a “belated and insufficient rescue package,” it should provide real help to people and businesses in trouble.

The government announced in early May that it would launch a billboard campaign in order to advertise the economic measures set in motion to fight the negative effects of the coronavirus pandemic.