Following much hesitation and procrastination, the government, left with no choice, embarked on a mission of military improvement last year. Experts and politicians alike agreed that the Hungarian military was in an unacceptable condition. Hungary’s current situation appears even worse when compared to corresponding data from the region and NATO’s insistence that Hungary increases its military spending is certainly not reducing pressure.

After the end of communism, many were under the impression that peace would endure and that there wouldn’t be any need to maintain a powerful army, especially in the middle of Europe surrounded by allies. Russia’s annexation of Crimea, the migration crisis, cyber-war and terrorism, however, have shown that “the end of history” hasn’t yet come.

Since the system change in 1990 (when the Antall-government took over a 120,000-strong army with state-of-the-art equipment), the Hungarian military has been in a downward spiral. Conscription was suspended in 2004 and many left in favor of more financially viable professions while reservist-system was nearly non-existent as there were only 17 reservists in total in 2010. In addition, equipment is going out of date and the army no longer has the best reputation. In response to all of this, the previous governments hesitated and procrastinated when it came to military development. After all, it is considered super-expensive and difficult to manage and control. Back in 2016, Orbán stated that Hungary’s neighbors are strengthening their armies while Hungary is “lagging” behind. 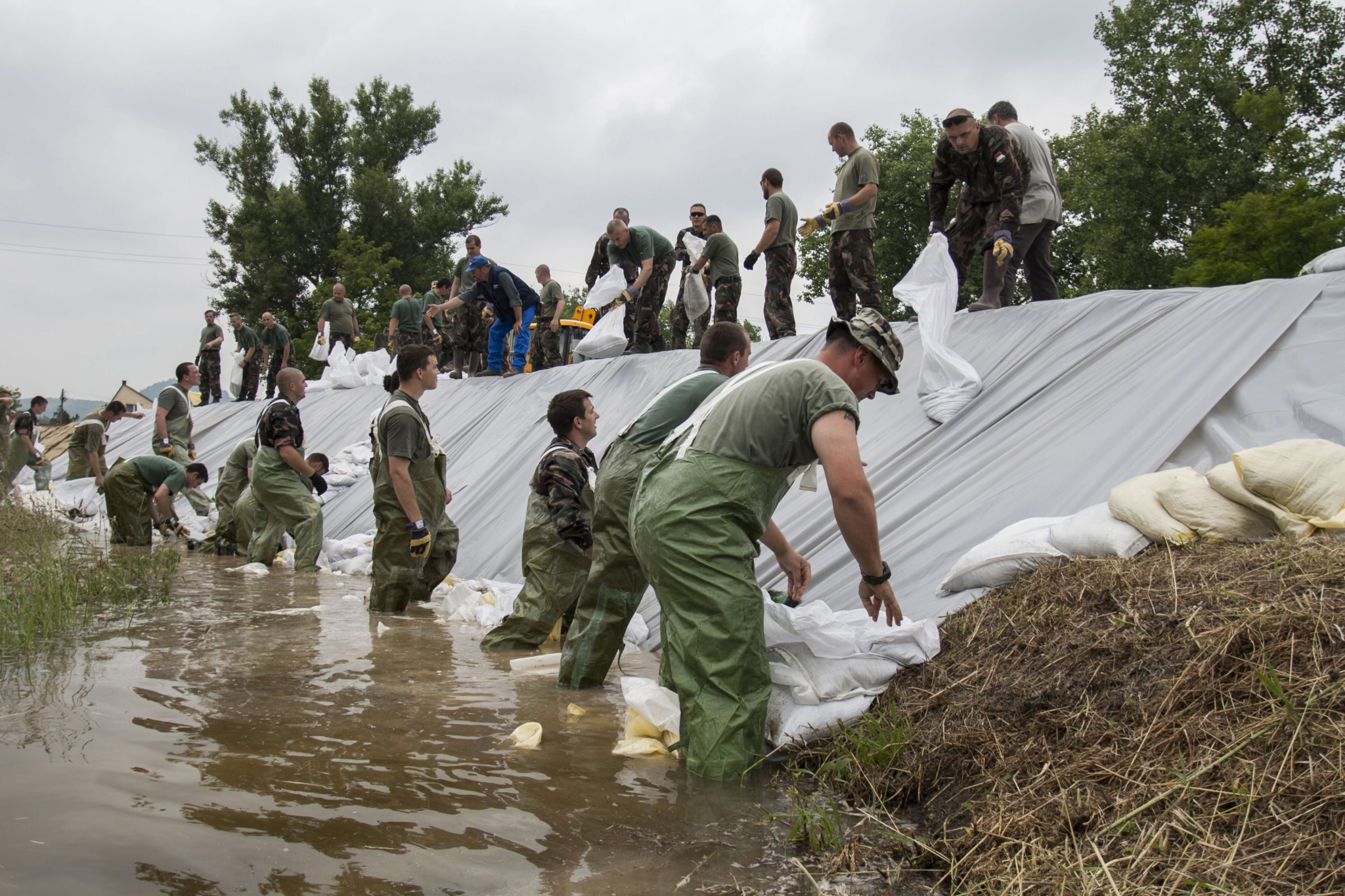 Soldiers fighting the flood at Tát in 2013. Via Panna Szekeres/ MTI

At the moment, the Hungarian army officially has around 30,000 members, which is not particularly low in comparison with the region. However, only 23,000 are active and just 4-5,000 are deployable and armed for battle. A military is not only handy when it comes to defending an attack or keeping the peace, but for other purposes as well. Fence building projects on the Southern border aimed at tackling the migration crisis and recent floods have reportedly surpassed staff capacity. In order to continue building the fence, the government resorted to using prisoners and fostered workers.

Hungary has obligations towards its allies as well. NATO (after a referendum held in 1997, Hungary joined as a full member in 1999) requires members to devote at least 2% of their GDP to the military by 2026. Having invested only 1,1% of its GDP in 2017, Hungary severely underperformed (only five countries have reached the required threshold). Military development took on special importance with Donald Trump’s presidency. The US president continuously highlights Europe’s need to invest more in the military, and even went on to say that military expenditure should be raised to 4% of the GDP. 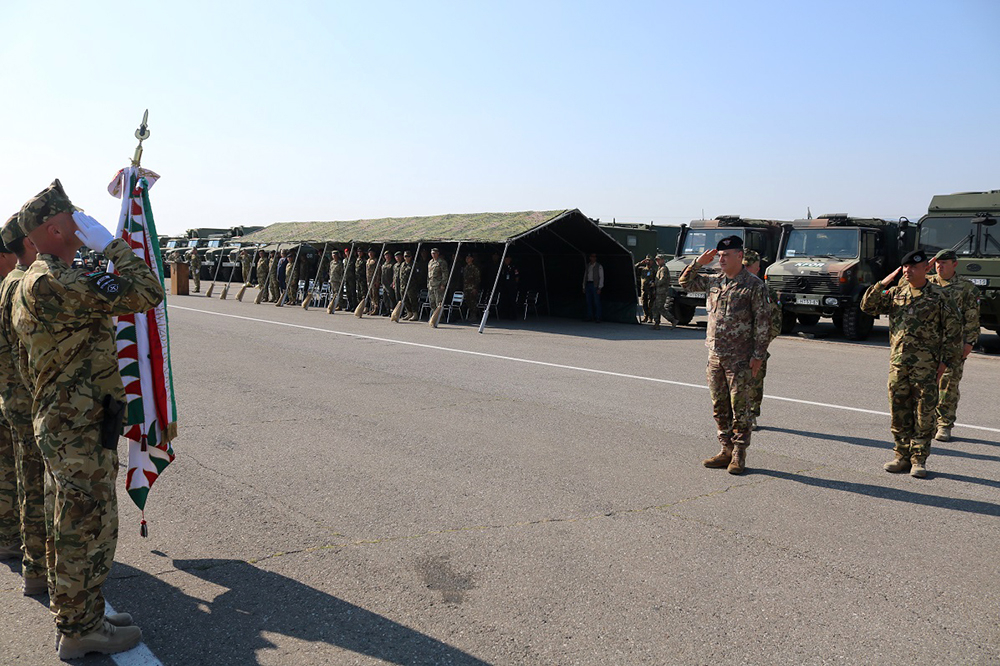 Accordingly, the military has long been an important topic in the government’s communication. Critics, believing this will help the Fidesz government maintain its combatant attitude, often call attention to the government’s chronic underfunding of the education and public health sectors. However, most agree that military reforms are unavoidable at this point.

The government kicked off Zrínyi 2026 (named after the 1600’s famed general and poet, Miklós Zrínyi) program in January 2017. In accordance with NATO’s expectations, one of the main goals of the plan is to boost military expenditure by 0,1% each year in order to reach the required 2% by 2026. Meanwhile, the army’s number of active soldiers would increase to 37,650.

In order to boost the number of those available in a time of need, territorial defense units (at least one in each of Hungary’s 197 districts) should be introduced and recruited on a voluntary basis. While Orbán once claimed that the reintroduction of conscription is out of the question, the voluntary reservist system corresponds to current international trends (Poland has a similar scheme) and would ease mobilization and territorial defense in cases of aggression and disaster. An estimated 20,000 volunteers are needed for the project and, according to the latest data of the Hungarian Defence Forces (Magyar Honvédség, MH), the number of those recruited since the beginning of the program has reached 8,000. The former defense minister, István Simicskó, said that patriotic education, basic military knowledge and sports would play a vital role in recruiting volunteers and reaching youth. 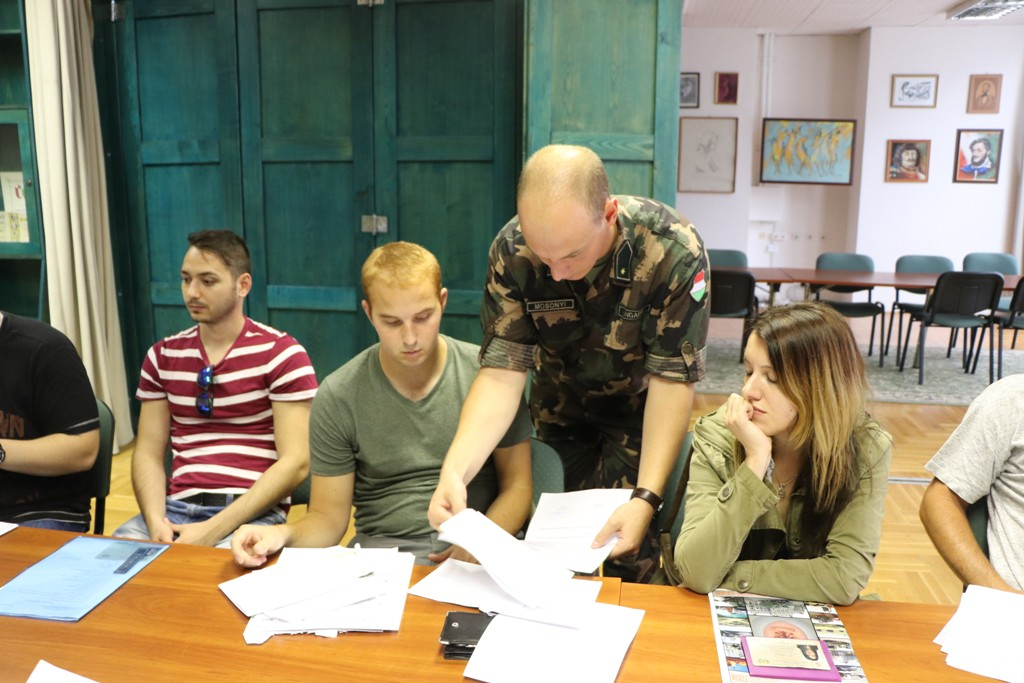 The development of equipment, arms and ammunition also needs immediate intervention. The government decided to restart arms-production in Hungary. In an interview with pro-govt daily Magyar Idők, Tibor Benkő (who replaced István Simicskó following the elections in April) claimed that the factory has already been set up in Kiskunfélegyháza (southern Hungary) and production will soon start using Czech licenses. In order to increase recruits and prevent experienced soldiers from leaving the army, the government also introduced a career model plan. Benkő claimed that air-force development is one of the government’s top priorities. Not long ago, in addition to 20 Airbus H145M helicopters and two trainer planes, MH bought two Airbus A319 aircraft for transportation purposes. Meanwhile, a large part of the old contingent, including Gripens, are being repaired and given a facelift. Since the rise of military spending is in synch with the strong anti-immigration stance and communication of the government, Hungary meeting the NATO requirement is a safe bet.