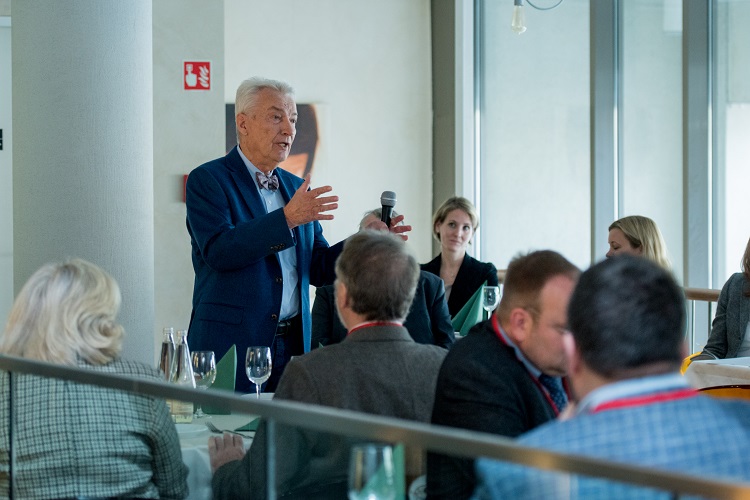 Last week, the Friends of Hungary Foundation, publisher of Hungary Today, hosted a three-day conference entitled “Hungary At First ‘Site’”. The organization, which aims to serve as a bridge connecting Hungarians around the world, invited a group of foreign journalists to Budapest in order to provide them with first-hand experiences about Hungarian politics, economy and culture. 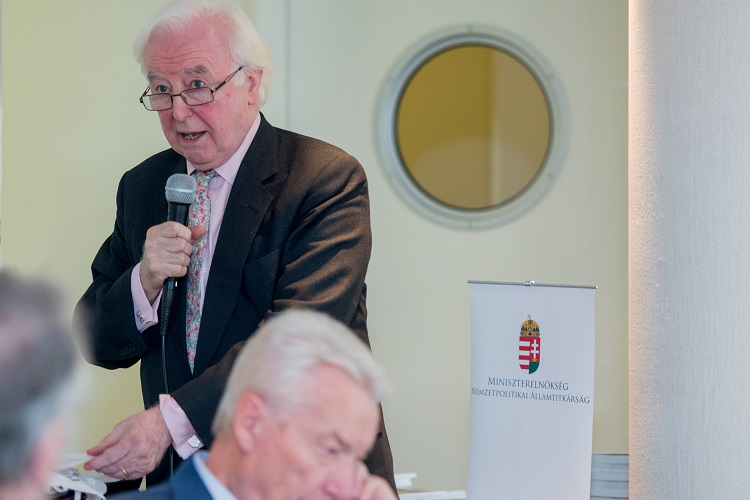 The event, held between 6 and 8 of November, began on Monday afternoon with greetings by E. Sylvester Vizi, Chairman of the Board of Trustees of the Friends of Hungary Foundation and former President of the Hungarian Academy of Sciences. Speaking to journalists who had arrived from around the world, President Vizi argued that this conference presented an opportunity to meet “face-to-face with Hungary”, as opposed to what he described as the often unreliable sources that can be found abroad. The participants of the conference, who were also welcomed with a lengthy opening speech by John O’Sullivan, President of the Budapest-based conservative think tank Danube Institute, work for various well-known media outlets around the world, including The Daily Telegraph, Le Figaro, Süddeutsche Zeitung, Frankfurter Allgemeine Zeitung and the National Review. 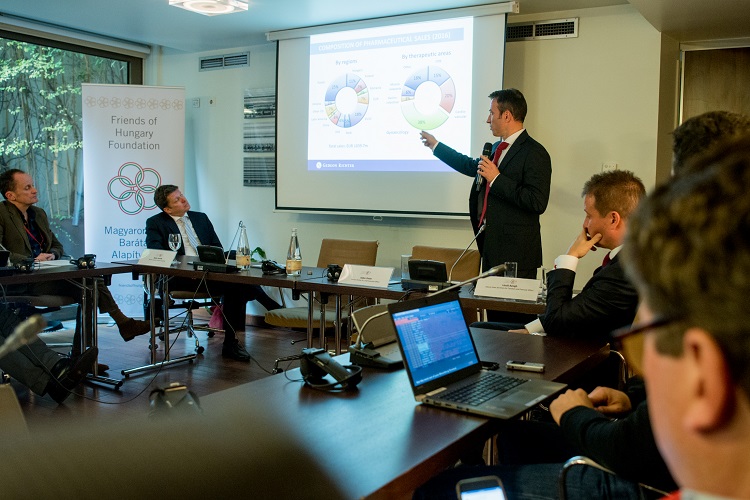 The first speaker of the conference was Gábor Orbán, Chief Executive Officer of Hungarian pharmaceutical company Gedeon Richter Plc., who spoke about Richter’s activities and massive contributions to the Hungarian economy. The second presentation was delivered by Dániel Palotai, chief economist at the National Bank of Hungary (MNB). He spoke about the central bank’s role in Hungary’s economic policy turnaround from 2010 onward. Monday’s third and last speaker, László Balogh, Deputy State Secretary for Financial Policy Affairs at the Ministry for National Economy, explained what is behind the figures of Hungary’s rapid economic recovery in recent years. 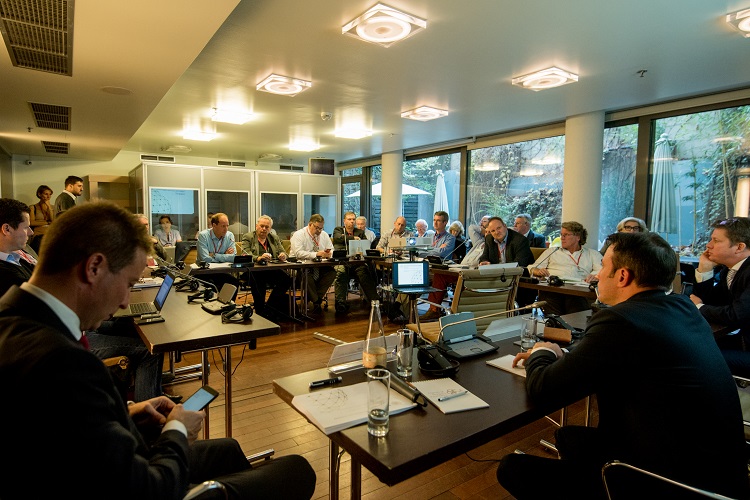 The morning programme on Tuesday was opened by Balázs Fürjes, Government Commissioner for Major Budapest Developments. In his presentation entitled “Budapest, A Global Sport Capital”, he touched upon Hungarian sport projects, including the success of the FINA Budapest 2017 Aquatics World Championships, and the failure of the Budapest 2024 Olympic bid. Mr. Fürjes was followed by László Baán, Director General of the Museum of Fine Arts, who spoke about the so-called “Liget-project”, the large-scale renovation of the Budapest City Park that includes the establishment of a new Hungarian Museum Quarter.

Following this, two presentations were held on Jewish cultural and religious life in the Hungarian capital. The first was held by Gábor Deák, Founder of the Hungarian Jewish Cultural Association and curator of the Lauder Javne Jewish Community School, while the second was delivered by Chief Rabbi István Darvas, who offered an insight into the past and present of the neolog Judaism in Hungary. The Jewish panel of the conference was closed by Ádám Jusztin, head of Maccabian VAC Hungary, who spoke not only about the history of the Hungary’s Jewish Fencing and Athletics Club (VAC) but also about the upcoming European Maccabi Games, which will be held in Budapest in the summer of 2019. 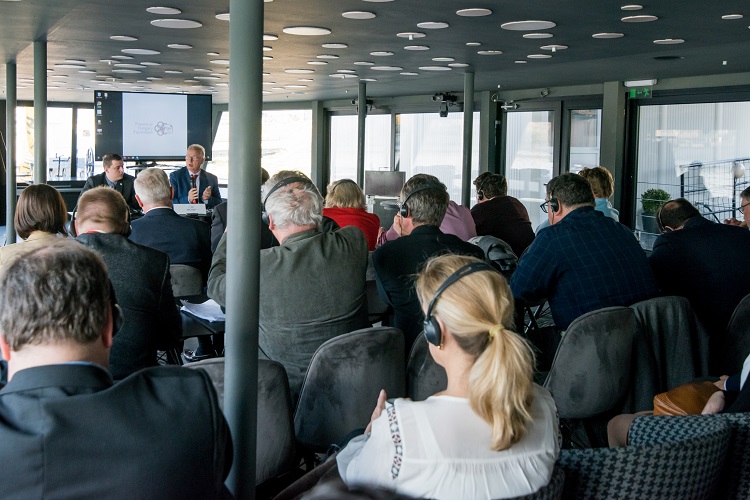 Tuesday’s afternoon was dominated by discussions about the most urgent political issues, including the migration crisis and the debates over the future of the European Union. The first such lecture was held by Justice Minister László Trócsányi, who spoke about the new Hungarian Fundamental Law as well as Hungary’s 10-year experience with the EU, which in his view suffers both from “legitimacy deficit” and “overbureaucratic” administration. Trócsányi’s presentation was followed by Zsolt Németh’s speech. The Chairman of the Foreign Affairs Committee of the Hungarian National Assembly analyzed Hungarian foreign policy, and harshly criticized the idea of creating a “United States of Europe.” A highly controversial issue, namely Hungary’s strict immigration policies, were in the focus of the next presentation delivered by György Bakondi. According to Bakondi, the Chief Security Adviser to the Prime Minister, uncontrolled mass immigration is a seedbed of terrorism and poses a constant security threat to Europe. For this reason, Bakondi claimed, Hungary had no choice but to construct its southern border fence in 2015. 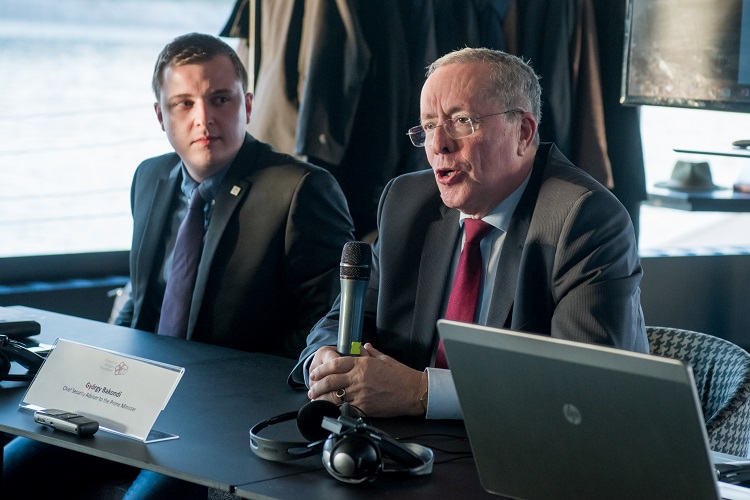 The next speaker, István Mikola, State Secretary for Security Policy and International Cooperation, fully agreed with Trócsányi’s and Bakondi’s assessments and shared his personal experiences about the civilizational challenges Europe faces today from the direction of the Middle East and Africa. This was followed by a talk by Péter Heltai, Ambassador-at-Large of the Hungary Helps Initiative, who claimed that despite difficulties, Hungary does its best to supports and help these crisis regions, and persecuted Christians in particular. Following this, József Czukor, Overall Foreign Policy Adviser to the Prime Minister, spoke, arguing that the journalists should gain a deeper understanding of Hungarian and Central European culture and history before judging the Visegrad countries’ political moves. Last, but not least, Lajos Kathy Horváth spoke to the audience. The renowned Roma violinist, composer and Director of the Roma Education and Cultural Centre in Budapest, highlighted the Roma community’s valuable contribution to Hungary and Europe, while also calling for more attention to Roma people in need.

During the downtime of the conference, participants had the opportunity to visit the main touristic and architectural attractions of Budapest, taste some excellent Hungarian dishes and wines, and enjoy the spectacular city panorama from the Buda castle. On Wednesday morning, they also paid a visit to the House of Terror Museum to learn more about the 20th-century Hungarian history. 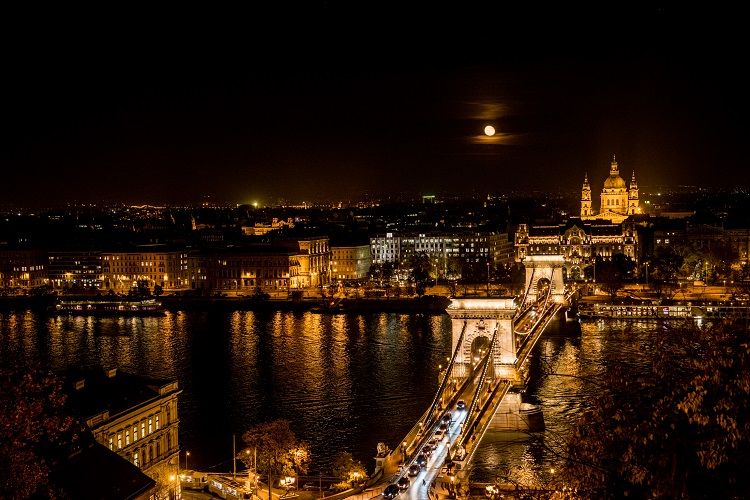 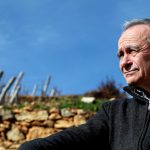 Winemaker Szepsy: “In the globalized world of the 21st century, you can be something that your ancestors were” 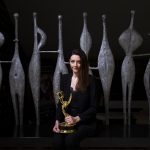