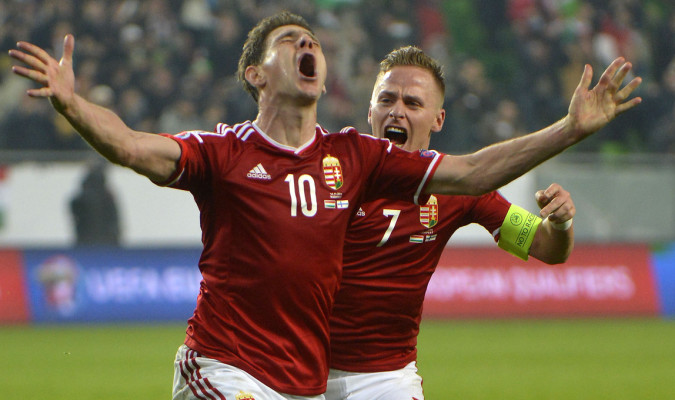 Hungary had the first effort of the game after a scrappy opening but captain Balázs Dzsudzsák failed to hit the target with a tame shot across the face of goal after a fine dribble. As visitors Jarkko Hurme and Jere Uronen both miss chances to score in the first half, Finland ended the first period strongly indeed and looked far more likely to find the opener. However, things changed in the second half, as Pál Dárdai’s Hungary came out more strongly after the restart. Finally Finland was punished for the missed chances in the 84th minute, as the 35-year-old Ferencváros star Zoltán Gera notched his first goal of qualifying.

Hungarian head coach Pál Dárdai was extremely pleased with the result: “I’d like to thank the players, everyone who worked in the background and the supporters for this victory because it really is a joint success for everyone. We worked hard, we battled to stay in a good position and we got the important goal at a good time.”  At the same time Finland coach Mixu Paatelainen expressed his disappointment: “It was a good game and we are disappointed to lose, obviously. I thought we could have got a draw but we were a little unlucky having hit the woodwork.”