In addition to organizing a cultural festival to promote Hungarian-Polish friendship, Hungary will establish a foundation named after a 20th century Polish professor.

According to Hungary’s Ministry of Human Capacities, the new foundation, named after Wacław Felczak (1916-1993), a history professor at the Jagiellonian University’s Institute of History in Krakow, will research and promote Hungarian-Polish relations and support joint programs presenting the two countries throughout the world.

Felczak studied at Hungary’s Eötvös College in 1938-39 and returned to Budapest in May 1940 as member of the Polish resistance. He later served the Polish government in exile in London. He was arrested in 1949 and sentenced to life imprisonment in Poland, but was eventually freed in the wake of Hungary’s short-lived 1956 Revolution. The foundation will research and promote Hungarian-Polish relations and support joint programs presenting the two countries throughout the world, the ministry said in a statement.

The cultural festival will begin with a Hungarian-Polish music program, joint folk dancing and concerts in the Buda Fonó Cultural Center on March 21st. Additionally, Budapest’s Polish Institute will host a book launching event and a public forum on March 22nd.

On March 24th, Fonó will organize a conference with round table discussions, exploring the possibilities of projects combining folk, jazz and world music. The event’s chief patron is the Polish Ambassador to Hungary, Jerzy Snopek. 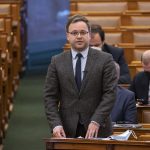 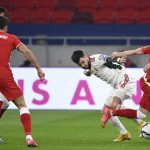