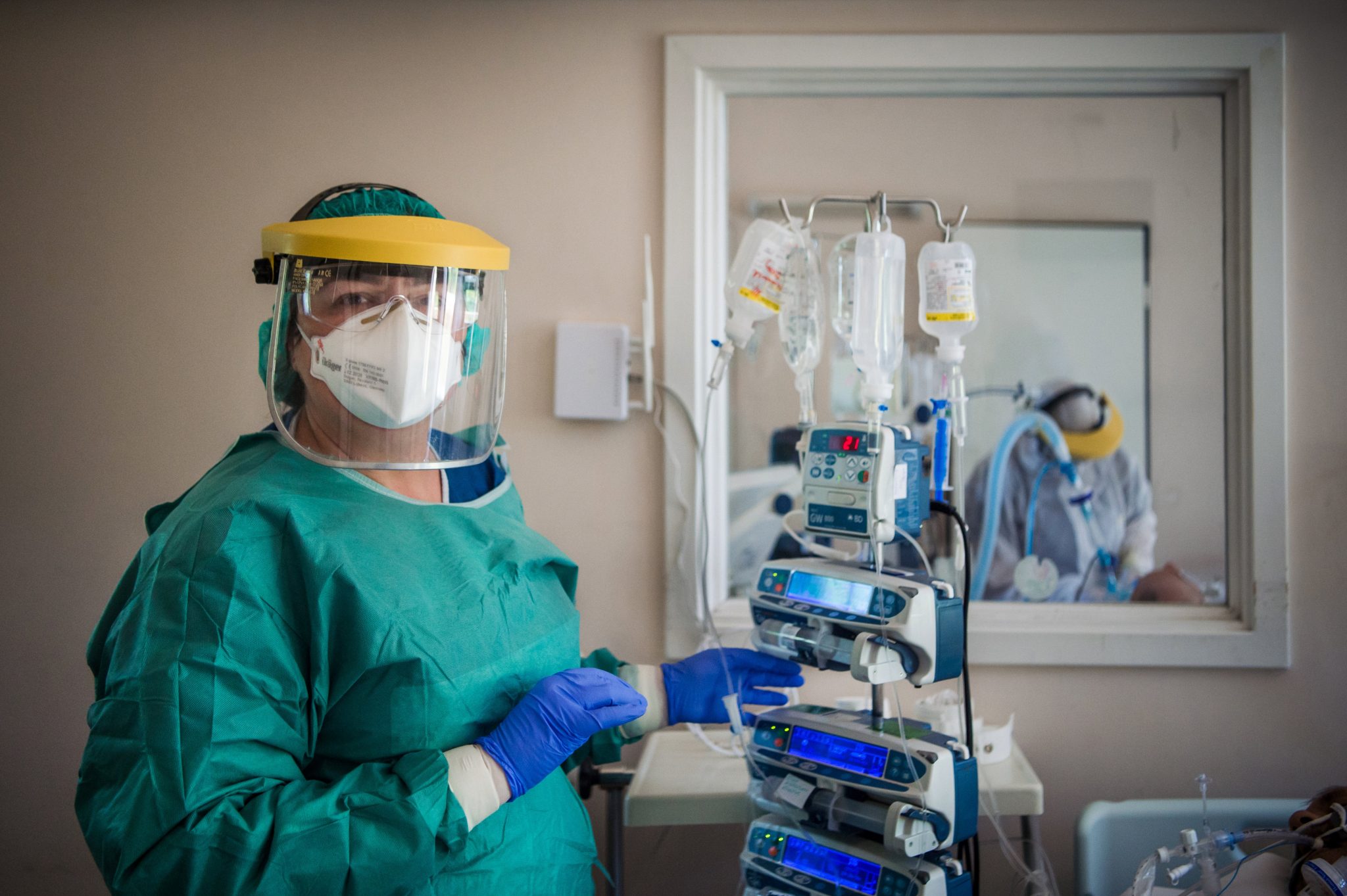 Epidemic trends in Hungary have been steadily improving in recent weeks, with the number of active infections at the lowest level since mid-March, along with the number of hospitalized cases since October of last year, and the number of people on ventilators since the end of January. Contrary to initial concerns, it seems that the gradual lifting of restrictions has luckily not only failed to trigger a fourth wave, but has not even resulted in a slight surge. According to virologist Miklós Rusvai, the third wave will likely subside by the end of May, and if 75-80% of Hungarians get vaccinated, there is no need for serious concerns over a possible fourth wave either.

The third wave of the coronavirus hit Hungary especially hard. After the fast-spreading variant of the virus first identified in the United Kingdom appeared in Hungary at the end of February, it began to spread at an extreme rate. Soon Hungary became the country in the world with the highest number of total deaths relative to its population.

Since then, however, the country has also become the EU member state that has inoculated the most citizens per capita in the European Union and imported the EU’s highest number of vaccine doses per capita.

As a result of the progressing vaccination campaign, the government started lifting many of the strict restrictions and began the gradual reopening of the country at the end of April.

The latest loosening of restrictions happened on May 1st when most services were able to reopen for those with government-issued immunity cards.

Although there has been a decline in active infections and hospital numbers since mid-April, many feared that the latest easing could reignite the spread of the virus.

Fortunately, it seems these concerns were unfounded. Despite the reopening, last week’s figures show that the number of people in need of hospital care (2,259) was the lowest since October, while the number of those in need of respiratory assistance (258) was only lower in January. Hungary’s Covid death rate also shows an encouraging decline even though the seven-day rolling average is still rather high.

In an interview with broadcaster RTL Klub last week, biologist and virus researcher, Miklós Rusvai, said that if we take a look at the 5 or 7-day rolling averages, we can say that all epidemic data is changing in a positive direction.

The virologist believes it is very likely that by the end of May the third wave will have subsided and the mandatory face mask usage could be lifted as well around the end of the school year, “if the decision-makers see it justified.”

According to Rusvai, in October-November, “we will have to watch out again,” and until then, “everyone should get vaccinated.”

“If the number of immune people does not reach 75-80% by autumn, a new respiratory epidemic could start,” the virologist professor emphasized. But he does not expect a “real fourth wave”, only an increase in the number of cases.

In another interview, he also said that not only are the epidemic trends improving, but the average concentration of the novel coronavirus detected in wastewater samples has shown a declining trend.

When asked by journalists on Monday, Cecília Müller said that although the third wave of the pandemic has not yet subsided, the vaccination campaign managed to break it and bring it to a sharp decline.

We are approaching the end of the third wave, but we will have to wait a bit more for that to happen,” the chief medical officer said.