Hungary has dropped to 69th place from 63rd in a new competitiveness ranking of 138 countries compiled by the World Economic Forum (WEF). Doing business in Hungary was hampered by “policy instability”, “corruption”, “tax regulations” and an “inadequately educated workforce”, the report, published on Wednesday, reports.

The country’s overall score of 4.2 fir 2016-2017, which is an all-time low for Hungary on the Global Competitiveness Index, means that Hungary is only the 25th most competitive country in the 28-member European Union. 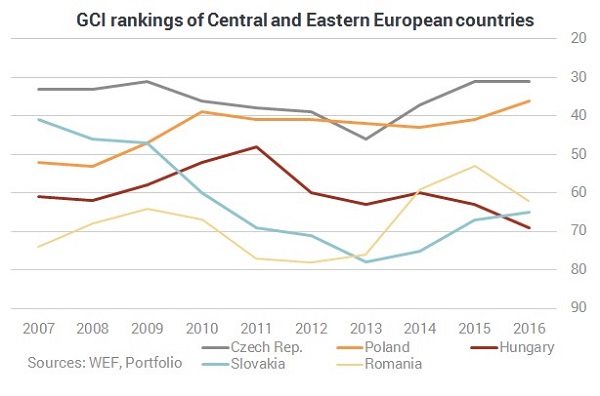 The study claims that Hungary’s competitiveness most closely resembles Bulgaria’s and Romania’s, but Croatia’s structure is also very similar. These economies are generally characterised by poor competitive fundamentals with low scores in indicators such as institutions, infrastructure and health care, according to the report.

Based on the current report, the biggest defect in Hungary’s institutional system and the gravest problem to the country’s competitiveness is that some privileged businesses enjoy a major advantage over their rivals when it comes to government decisions. Government policymaking is not transparent, respecting the rights of the owners is problematic and there are also problems with the corporate code of conduct. Further problems are that Hungary does not sufficiently incentivise scientific research, only a fraction of companies are willing to raise funds on the capitla market, the report argues. 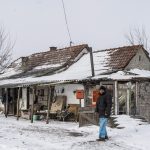 WEF: Social Mobility in Hungary One of the Worst in EU