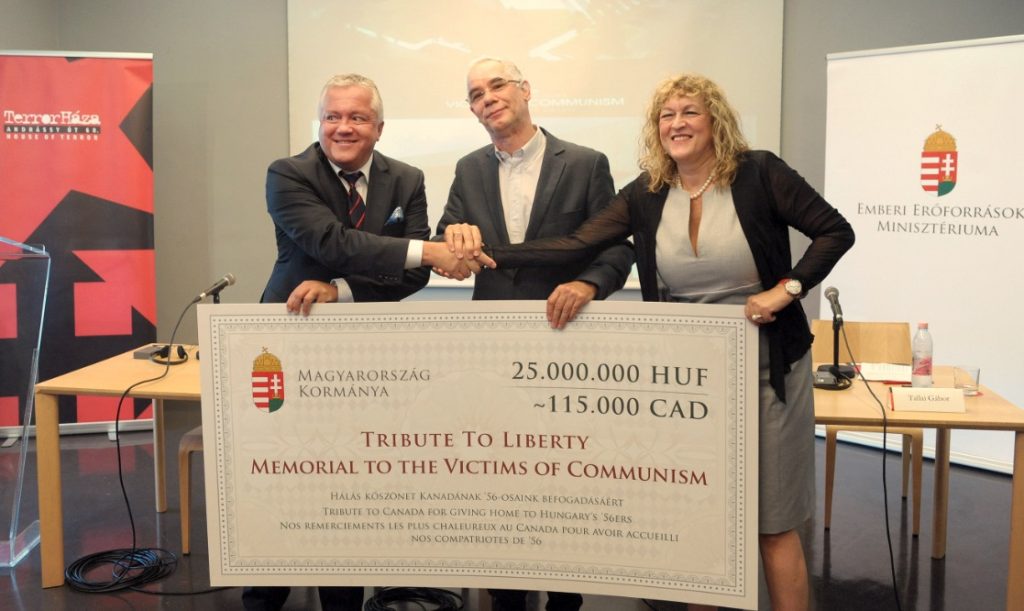 Hungary is contributing some HUF 25 million (USD 90 000, or CAD 115 0000) to the establishment of a memorial to the victims of Communism in the Canadian capital Ottawa.

“It is our moral obligation to prevent the victims of Communism from being forgotten”, Minister of Human Resources Zoltán Balog said on Thursday in Budapest, at the symbolic handover of the HUF 25 million in Hungarian support for the memorial to Ludwik Klimkowski, chairman of the Canadian Tribute to Liberty Foundation. 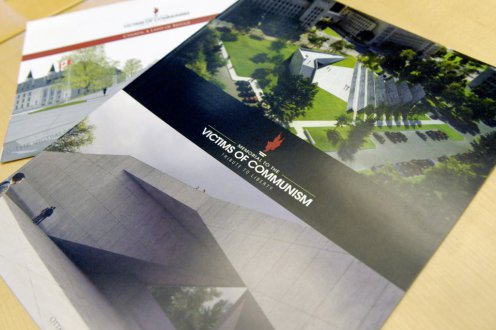 At a press conference held in Budapest’s House of Terror Museum, Mr. Klimkowski spoke of his hope that the memorial will be completed by the sixtieth anniversary of the 1956 Hungarian revolution next year and took the opportunity to invite representatives of the Hungarian government to its inauguration. Historian Mária Schmidt, director of the House of Terror Museum, told the press that her hopes are that “as a result of the Canadian memorial, future generations will also be aware of how great a value it is to live in a free and democratic country”.