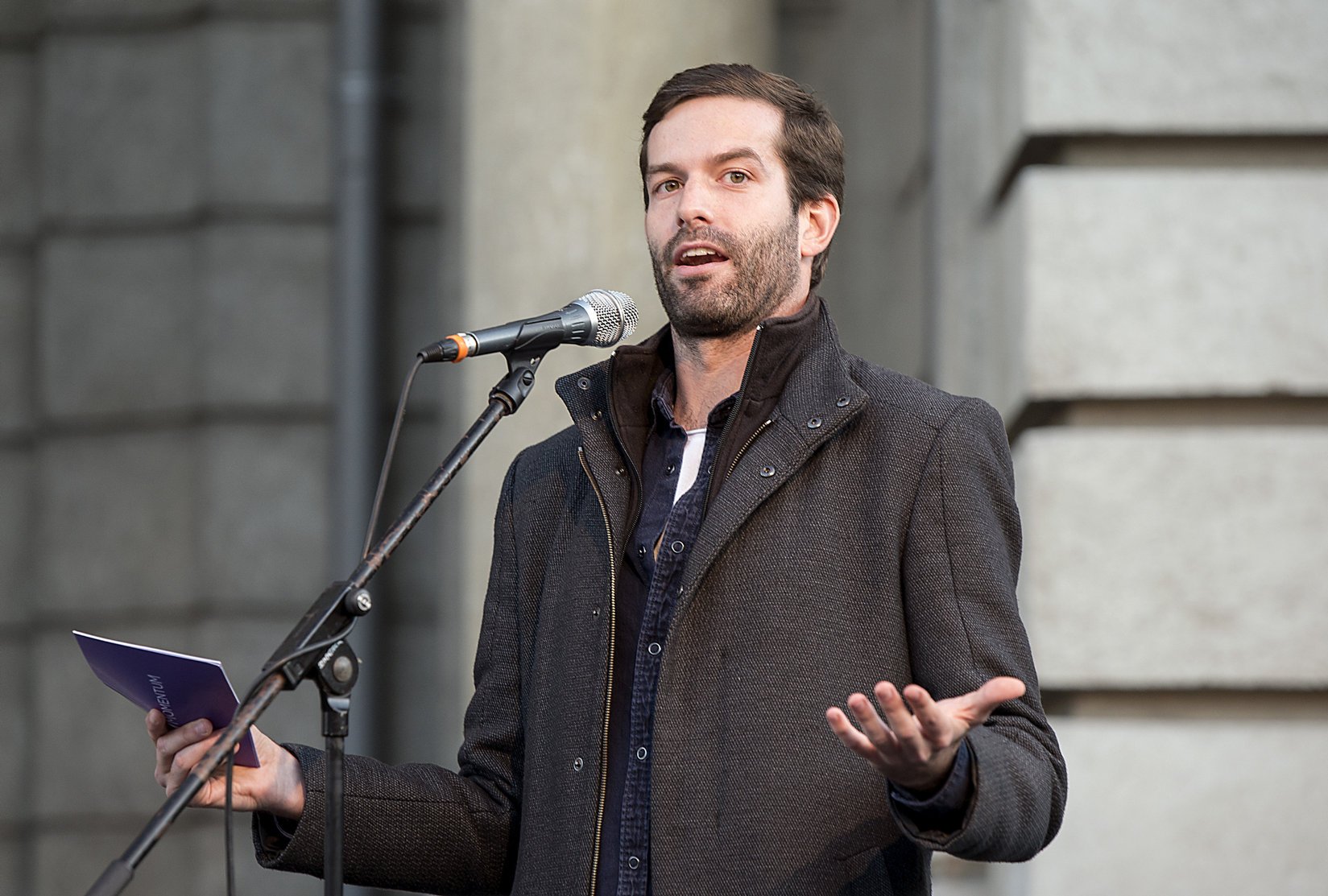 The Budapest prosecutor’s office has pressed charges against six suspects, including opposition Momentum leader András Fekete-Győr, for throwing bottles, smoke bombs and other objects at a police cordon during a demonstration in front of Parliament back in December 2018.

The suspects, also including Bendegúz Koppány Szarvas, a local representative of Momentum in Budapest, “prevented police from lawfully securing an institution … through violent conduct”, Imre Keresztes, the head of the Central Prosecutor’s Office of Investigations, told MTI on Tuesday.

The prosecutor has proposed the suspects should be handed suspended prison sentences in an expedited procedure, with the exception of one of them, who had earlier been charged with vandalism committed in a group. That one suspect, whom Keresztes did not name, could face actual imprisonment.

Under Hungarian law, assaulting officials or law enforcement personnel is punishable by 1 to 5 years imprisonment.

In the featured photo: András Fekete-Győr. Photo by Csaba Krizsán/MTI