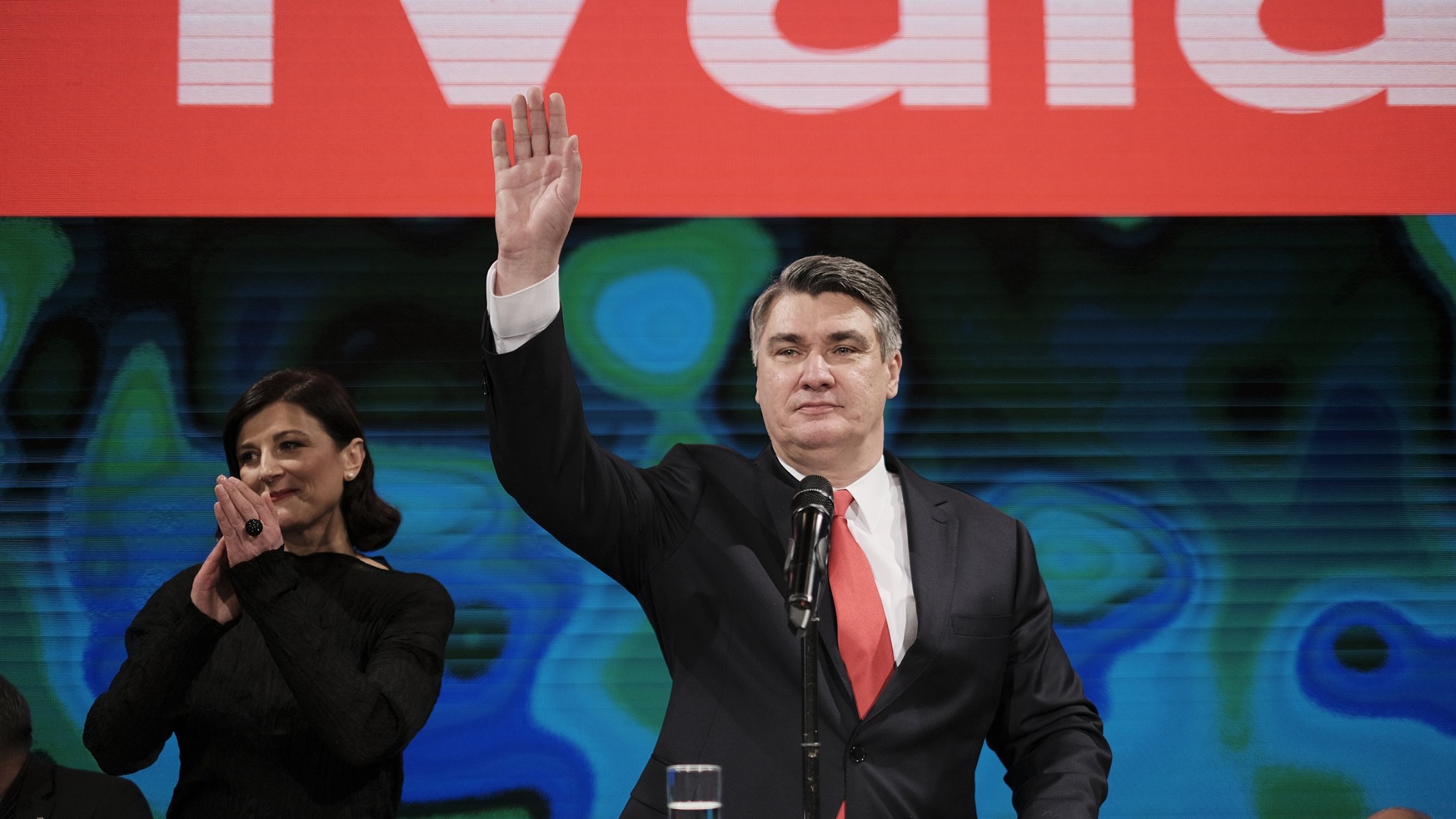 Former Prime Minister Zoran Milanović, candidate for the opposition Social Democratic Party (SDP), won the presidential election in Croatia on Sunday. The relationship between the new head of state and Viktor Orbán has never been cordial, with Milanović fiercely criticizing the Hungarian PM multiple times, calling him a “small dictator” and Hungary the “appendix of Europe.” Budapest is unlikely to be happy with the decision of the Croatian voters, especially since former head of state Kolinda Grabar-Kitarović was a friend and ally of Orbán and a big supporter of his political actions.

The social democrat Zoran Milanović emerged as the winner of the presidential election in Croatia. The remaining challenger of the conservative incumbent Kolinda Grabar-Kitarović, received almost 53% of the vote in the second round of the election on Sunday.

While the president’s role is mostly ceremonial, the office commands the armed forces and decides over foreign-policy appointments with the prime minister.  Thus, a President who plays an active role in diplomatic relations between the two countries can have a significant influence over policy-making.

The court case has a symbolic importance for Croatian sovereignty, causing serious diplomatic tensions between Zagreb and Budapest.

Today the Hungarian government is the owner of 25% of MOL Group which owns 49% of INA (while the Croatian state owns only 45%.)

In one of the presidential television debates, Milanović even went as far as calling Hernádi “Orbán’s man,” attacking his opponent Kolinda Grabar-Kitarović for her relationship with the Hungarian premier.

The conflict between Milanović and the Hungarian has a rather long history. Even as a prime minister between 2011-2016, Milanović had many clashes of words with the Hungarian PM.

When Hungary built the border fence during the migrant crisis in 2015, Milanović sharply railed against the Hungarian PM, once calling Hungary the “appendix of Europe,” adding that its prime minister was an “active communist, then liberal, a little bit of everything.”

In an article, news portal Jutarnji.hr analyzed the future relationship between current Croatian PM Plenković and Milanović, noting that the relations with Hungary will most definitely be a central issue, with the new head of state calling Viktor Orbán a “small dictator” while Foreign Minister Goran Grlić Radman said “the friendship between Hungary and Croatia is an example for the whole of Europe.”

Interestingly, some say the conservative Plenković will have an easier time with the social-democrat Milanović in the presidential chair. Although the Croatian premier is a member of the same party as the defeated former head of state, they belong to two completely different wings in the Croatian Democratic Union (HDZ). Plenković is a member of the moderate, pro-European, Merkelist group that does not want to cooperate with the Visegrád states. In contrast, Grabar-Kitarović is a big supporter of Orbán and Croatia building closer ties with the V4 countries.

As actions speak louder than words, with Croatia having started the rotating EU presidency on January 1st, in the forthcoming months we will see more clearly how Hungarian-Croatian relations develop (or erode).