Hungary! – The Country Of Choice For Western Europeans By 2030? 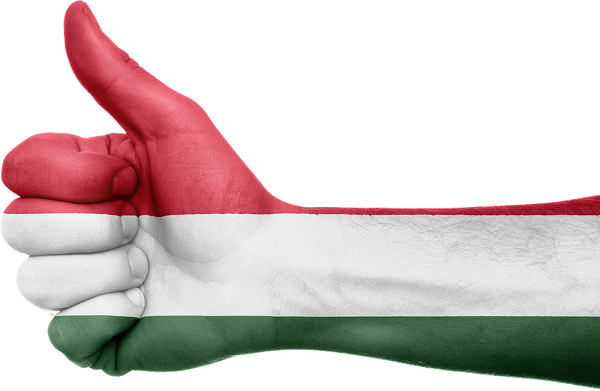 The premise of this article is that western and northern European citizens may choose Hungary in large numbers as a destination of choice within the next 15-20 years. Tens, possibly hundreds of thousands of German, Dutch, French, Belgian and other western European citizens may opt to move to Hungary in the next 20-30 years and settle there in the wake of the migration crisis. Of course, some of them may prefer other destinations like Croatia, Slovenia, Slovakia, the Czech Republic, or other countries as well. But Hungary will be on top of their list as a destination country in which they will want to settle. This reversed migration is a predictable trend as citizens of western Europe will want to escape their leaders’ suicidal migration policies and will seek a safer place to retire. Not only older people, but younger folks may also select Hungary as a preferred place to live and work. The main reason for this exodus is that western Europeans do not want to live in fear surrounded by radical Muslims in their own countries. Hungary will offer them a secure environment in which their accumulated assets and incomes will assure them the good life that they are accustomed to on the western half of the continent.

Let’s face it. In the wake of the Brussels terrorist attacks, we have had enough of the whining and commiserating: “Je suis Charlie, Je suis Paris, Je suis Brussels, Je suis the next large city in Europe”… STOP WILKOMMENSKULTUR! Period. Mass migration from northern Africa and the Middle East has destabilized Europe over the past decades and altered the way of life, the religious and cultural fabric of European societies. This needs to come to an end. There is one major obstacle in the way of easing this madness and that is the Chancellor of Germany herself. It would be best for all Europeans if Angela Merkel had stepped down and pursued another career! Of course, Martin Schoolsucht, Jean-Claude Van Dumb and Guy Buckteethstadt are other such obstacles. The first, still looking for a school to finish, recently called the Hungarian people’s forthcoming referendum on mandatory relocation quotas ignominious. Invoking the rules of democracy apparently keeps sending this man into an uncontrollable rage. Now, if he was a shift foreman at a toilet paper manufacturing firm, his bosses would probably demote him to cleaning toilets. But this guy is President of the European Parliament. God save our souls! 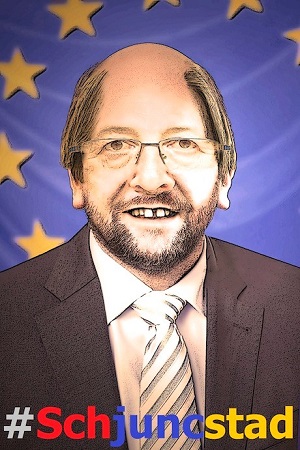 The multi-faced Eurocrat (Schulz, Juncker and Verhofstadt) combined into one Evel Knievel

Western Europe’s willkommenskultur and multiculturalism have been eroding European societies and disintegrating European value systems that were built over thousands of years. East-Central Europe has chosen a different path. Partly because of their steadfast nationalist pride and partly because of their newly acquired freedoms, the people of East-Central Europe will go the extra mile to preserve the freedoms and security they fought for. They don’t want to be Brusselized or live in the shadow of another superimposed guardian society. As a result of these factors, there will be a major migration wave from West to East, while concurrently, migrants will continue to pile up on the western half of the continent in order to collect higher social benefits and seek higher paying jobs.

The manipulated breakdown of western European civilization is presumably some kind of ill-conceived revenge by the liberal western elite for the two world wars and Nazism. Interesting that they are much more forgiving when it comes to communism as they have demonstrated on so many occasions. This double standard renders them unaccountable and makes them come across as malevolent. 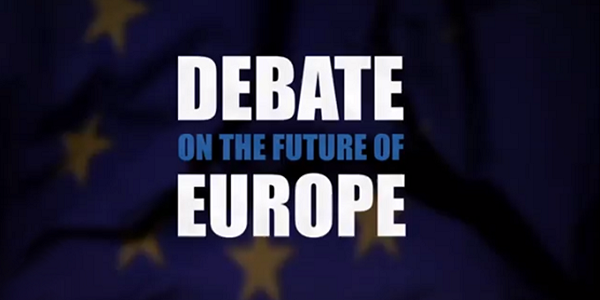 What kind of Europe are we going to have by year 2050 then? There is one scenario with a predicament that it will be a divided continent – between a Muslim western Europe and a Christian eastern Europe? Of course, the globalist elite would love to disrupt and weaken eastern European nation states through their multi-cultural agenda as well. But they seemed to have underestimated the resilience of the Poles, the Hungarians, the Slovaks, the Czechs, the Croatians, the Slovenes, and the people of the Baltic nations. These countries will probably form a new regional alliance and will no longer need the European Union, which will be ultimately dismantled. The European dream may live on, but in a different form and in a different part of Europe. A Transdanubian society may be created as some visionaries prophesized. Whatever the future will bring, one thing is predictable: the preferred place for all Europeans by the middle of the century may wind up to be East-Central Europe. Having come from similar cultures and religious backgrounds, Hungarians at that point will welcome autochtonous western European migrants with open arms and may even promise not to boast: „We told you so”… 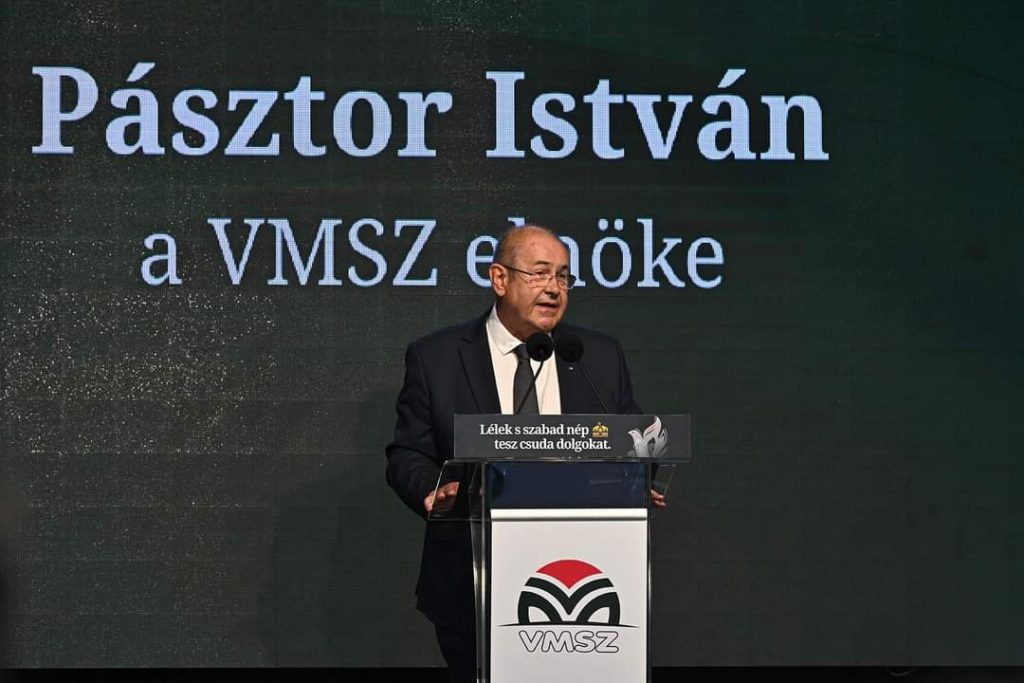 Leading Vojvodina (Northern-Serbia) politician, István Pásztor, asked the Serbian and Hungarian governments to curb migrant influx. He sharply criticized the European Union’s border-protections policy. “The migrant invasion must be stopped at Serbia’s southern border,” the President of the Alliance of Vojvodina Hungarians (VMSZ) said on Saturday at the central St. Stephen’s Day event of the […]
Mariann Őry 2022.08.15. 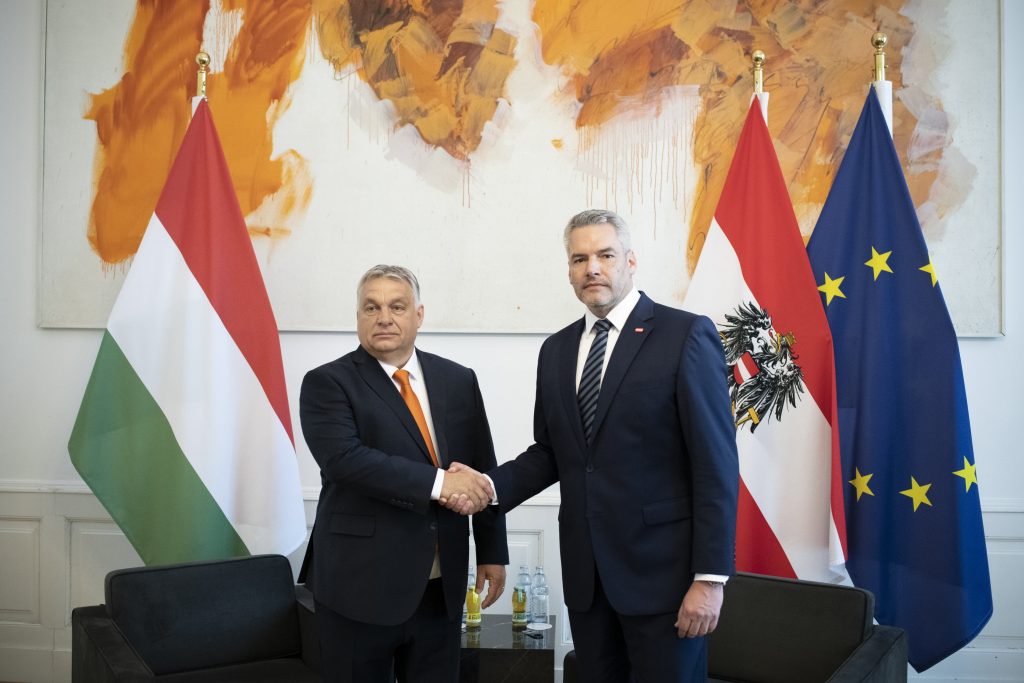 Viktor Orbán called himself an “anti-immigration” politician in Vienna and stressed that this should be understood in a cultural and civilizational context, not a biological one. Hungarian Prime Minister Viktor Orbán and Austrian Chancellor Karl Nehammer held talks in Vienna on Thursday. Nehammer stressed at their joint press conference that the deep Austrian-Hungarian friendship makes […]
Mariann Őry 2022.07.28.