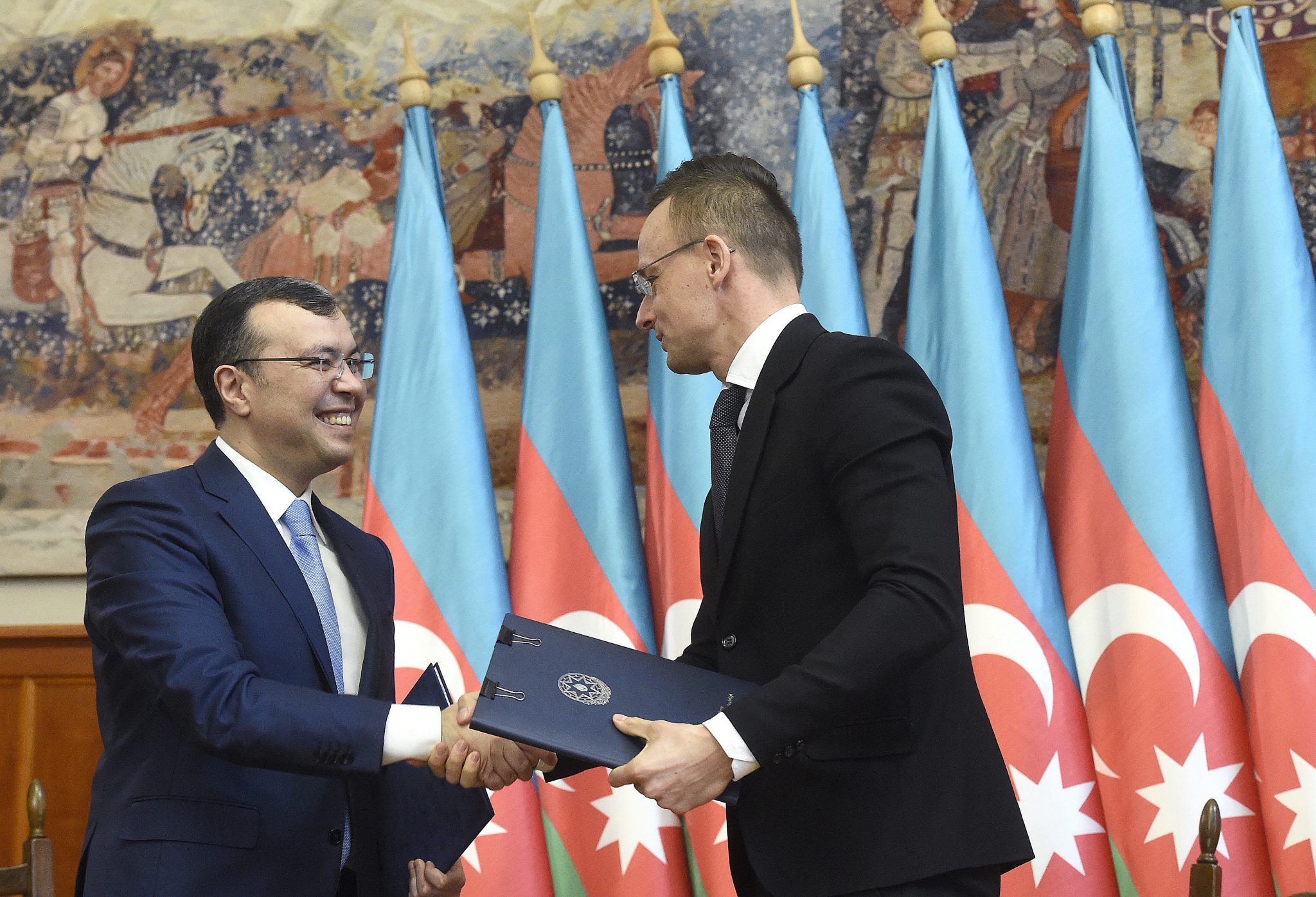 Péter Szijjártó, the foreign affairs and trade minister, on Friday said Hungary could start importing natural gas from Azerbaijan from 2023 on.

Addressing a press conference after a meeting of the Hungary-Azerbaijan mixed economic committee, Szijjártó said the annual 1-2 billion cubic metres of gas Hungary would import from Azerbaijan would greatly boost the security of the country’s gas supply.

He said Hungary’s purchase of Azeri gas had been made possible by the near completion of the southern gas corridor and Azerbaijan’s increase of its gas output which now exceeds 45 billion cubic metres a year. 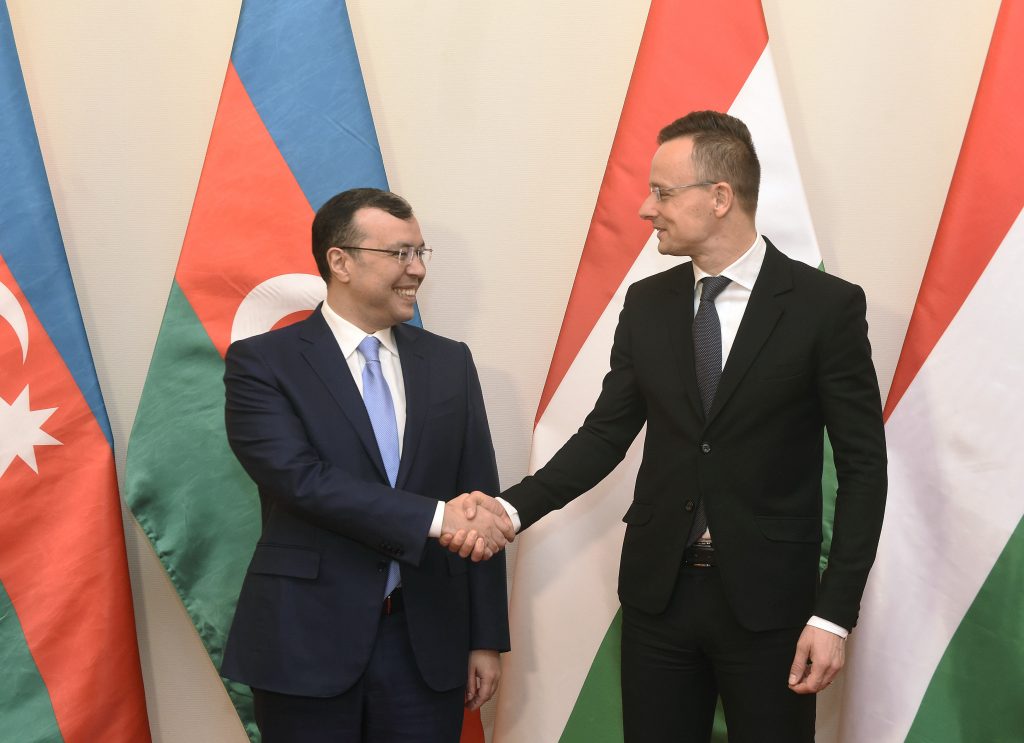 From left to right: Minister of Labor and Social Protection of the Republic of Azerbaijan Sahil Babayev and Hungarian Minister of Foreign Affairs and Trade Péter Szijjártó. Photo by Noémi Bruzák/MTI

Szijjártó said this had been the largest Hungarian investment in the Caucasus.

The market of energy drinks is another important area for Hungary on the Azeri market, with Hell holding a 60 percent share, he said.

Hungary offers 200 scholarships to Azeri students at universities each year, he said. Interest has been very high in this opportunity, with nearly 600 applicants this year, he added.

Azeri Minister of Labor and Social Protection Sahil Babayev said that Azerbaijan and Hungary were strategic partners in both politics and the economy.

He praised the scholarship scheme and added that nearly a thousand Azeri students had benefited from it.

He said an opportunity had been offered to Wizzair to start services to further international airports in Azerbaijan in addition to existing flights connecting the capitals.

In the featured photo (from left to right): Minister of Labor and Social Protection of the Republic of Azerbaijan Sahil Babayev and Hungarian Minister of Foreign Affairs and Trade Péter Szijjártó. Photo by Noémi Bruzák/MTI