While epidemiologists, experts, virologists, and doctors have been warning both the government and the public for weeks now, that a ‘hard winter’ can be expected, if the increase in the number of coronavirus infections continues to rise in the country, the government has recently indicated that they are planning ‘special Christmas measures’ for the winter holidays. However, statistics show that the epidemic has not peaked in the country yet, and the number of fatalities also paints an increasingly scary picture day after day.

As we reported yesterday, at the weekly press conference of the government, Gergely Gulyás, head of the Prime Minister’s Office, said that the government will decide next week on the “Christmas measures,” following consultations with experts, epidemiologists, doctors, and business interest groups. According to Gulyás, special, more permissive rules can be expected for Christmas and the New Year. In his usual Friday interview with Kossuth radio, Prime Minister Viktor Orbán only made a brief statement about the new restrictions, but he said that a decision can be made as early as Monday, however, scientists are “rigidly opposed to any kind of easing.”

Yesterday Gergely Gulyás tried to downplay the seriousness of the status of the pandemic in the country, citing data from the whole year, while both yesterday and today the coronavirus epidemic broke records in terms of fatalities with 182 and 189 deaths respectively, and the tendencies of the past weeks are frightening even in international comparison. 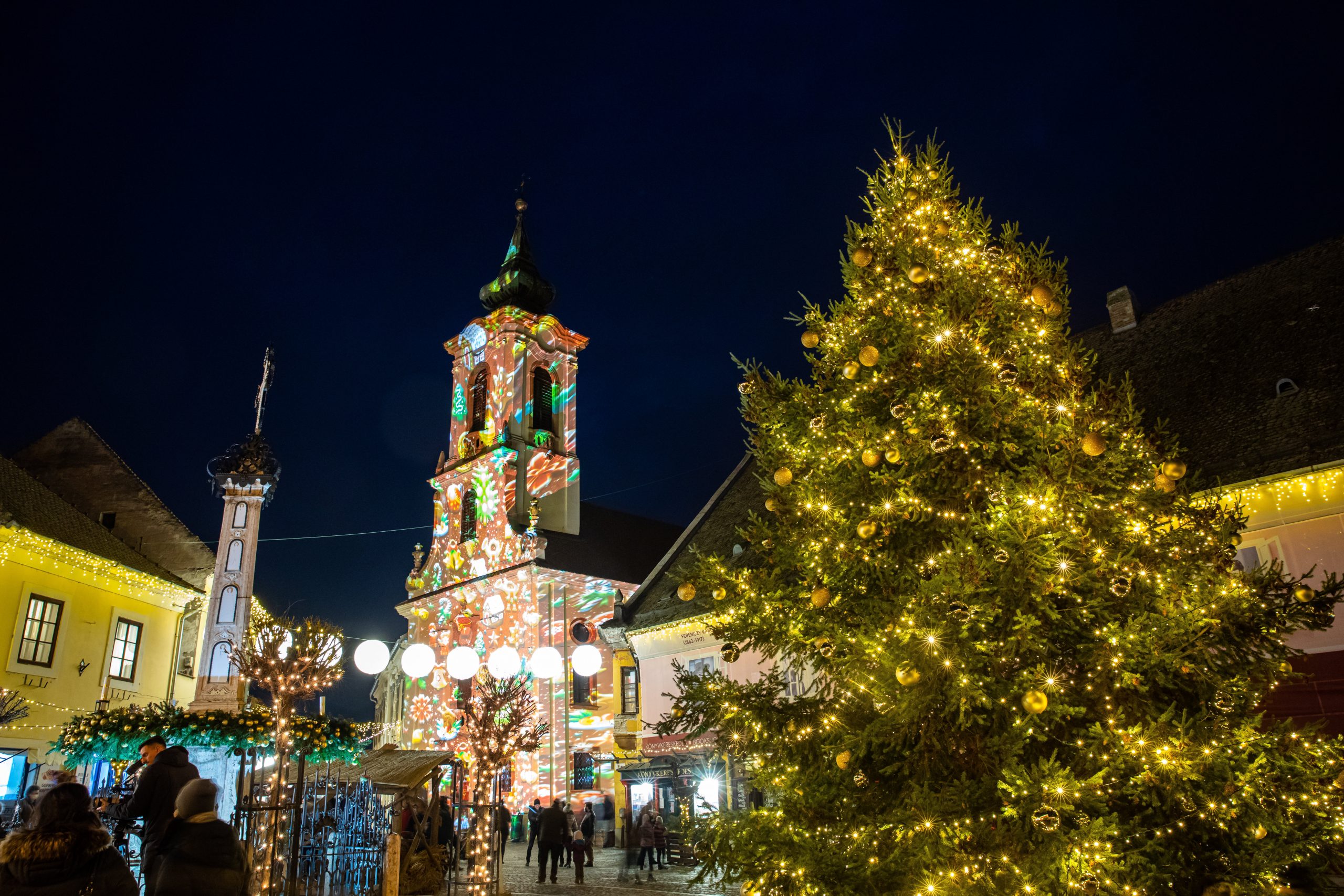 Gergely Gulyás, the head of the Prime Minister’s Office, said that a decision on restrictions effective from December 11th will be made following consultations with Prime Minister Viktor Orbán, but according to Gulyás, special measures can be expected for Christmas and New Year’s Eve.  At the weekly press conference of the government, Gergely Gulyás, head […]Continue reading

This is why experts, epidemiologists, and doctors are warning the government and the Hungarian population of a “hard winter,” some even quoting a “Bergamo situation” in the country. According to health analyst and expert Zsombor Kunetz, if the government really steps in to soften the restrictions for the Christmas period in an already critical situation, we can expect a really rough start to the year in 2021.

Virologist Gábor Kemenesi wrote a few days ago on Facebook that “last time, when the number of daily samples was around 16,000, the rate of positive tests was 15-17%. Today, it has exceeded 40% with the same number of samples! So a new record has been set, which should be a huge exclamation mark for everyone. Unfortunately, based on this it cannot be said that the spread of the epidemic would decrease.” Kemenesi said that a hard winter can be expected and he asked everyone to adhere to the epidemiological measures. Since his comments, Hungary has witnessed positive test rates exceeding even 60 percent. 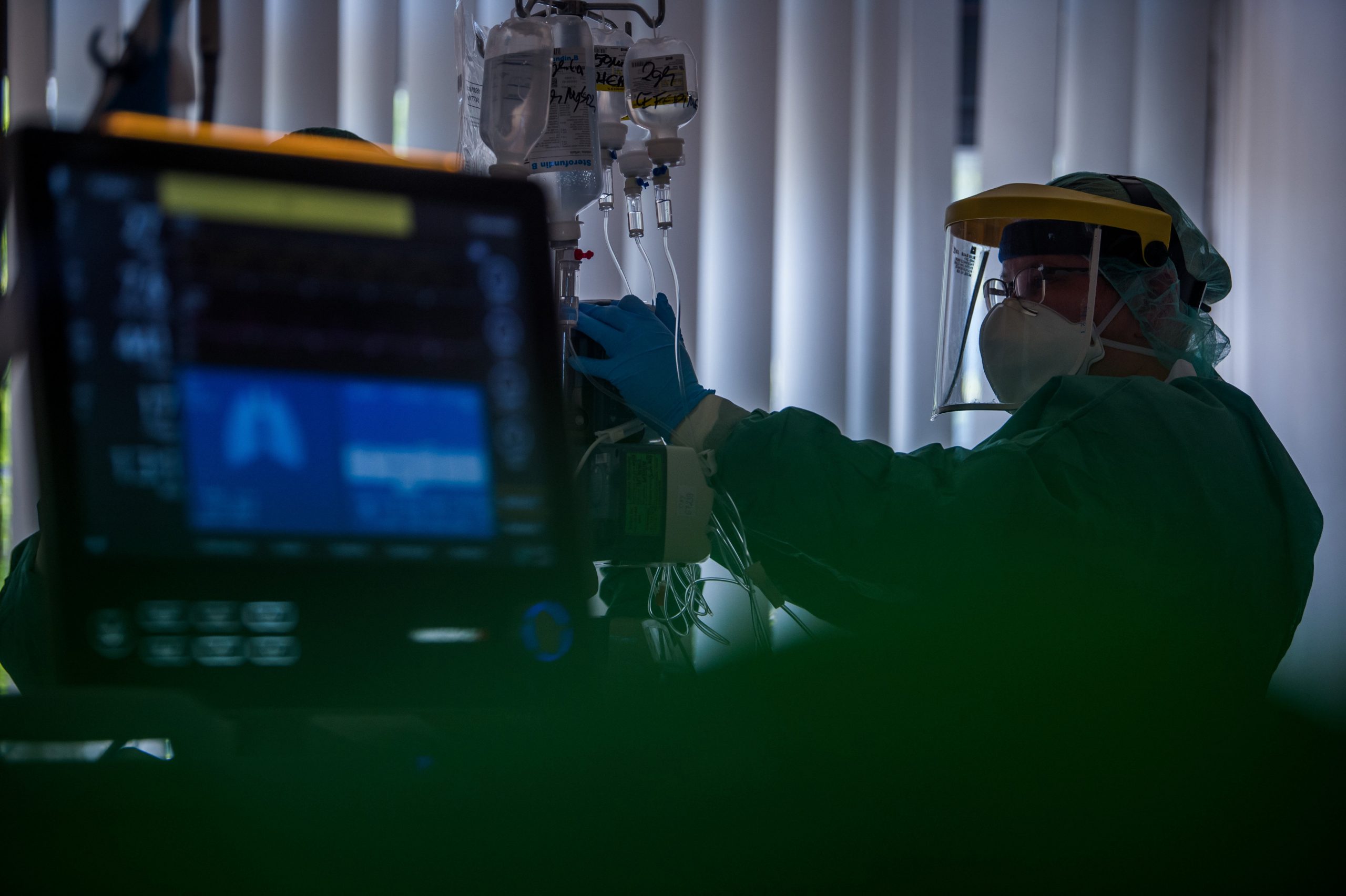 A few weeks ago, the Borsod County president of the Hungarian Medical Chamber (MOK) told Hungarian news portal 444.hu that the 32,000 hospital patients forecasted by Orbán by December were “equal to Armageddon” in the Hungarian healthcare system. Another medical organization voiced similar concerns, talking about conditions likened to “Bergamo” in the spring. Zoltán Szabad, the president of the Hungarian Doctors’ Union, told Népszava that a lot of hospitals’ intensive care capacities were already full, and the situation in Hungary was as critical as it was in northern Italy in the spring.

Although director general of St. János Hospital said that there are no Bergamo-like conditions in Hungary, it is worth noting that in the spring, when the Northern Italian healthcare system almost collapsed under the load of COVID-19 patients, the number of fatalities was below 1,000 even on the worst day, while in Hungary on Thursday, in proportion to the population, it already reached 1,100 and today surpassed it. This is what Kunetz also claims, who said that the country should “face it, we’re not halfway through Bergamo, we’ve been there for weeks!” 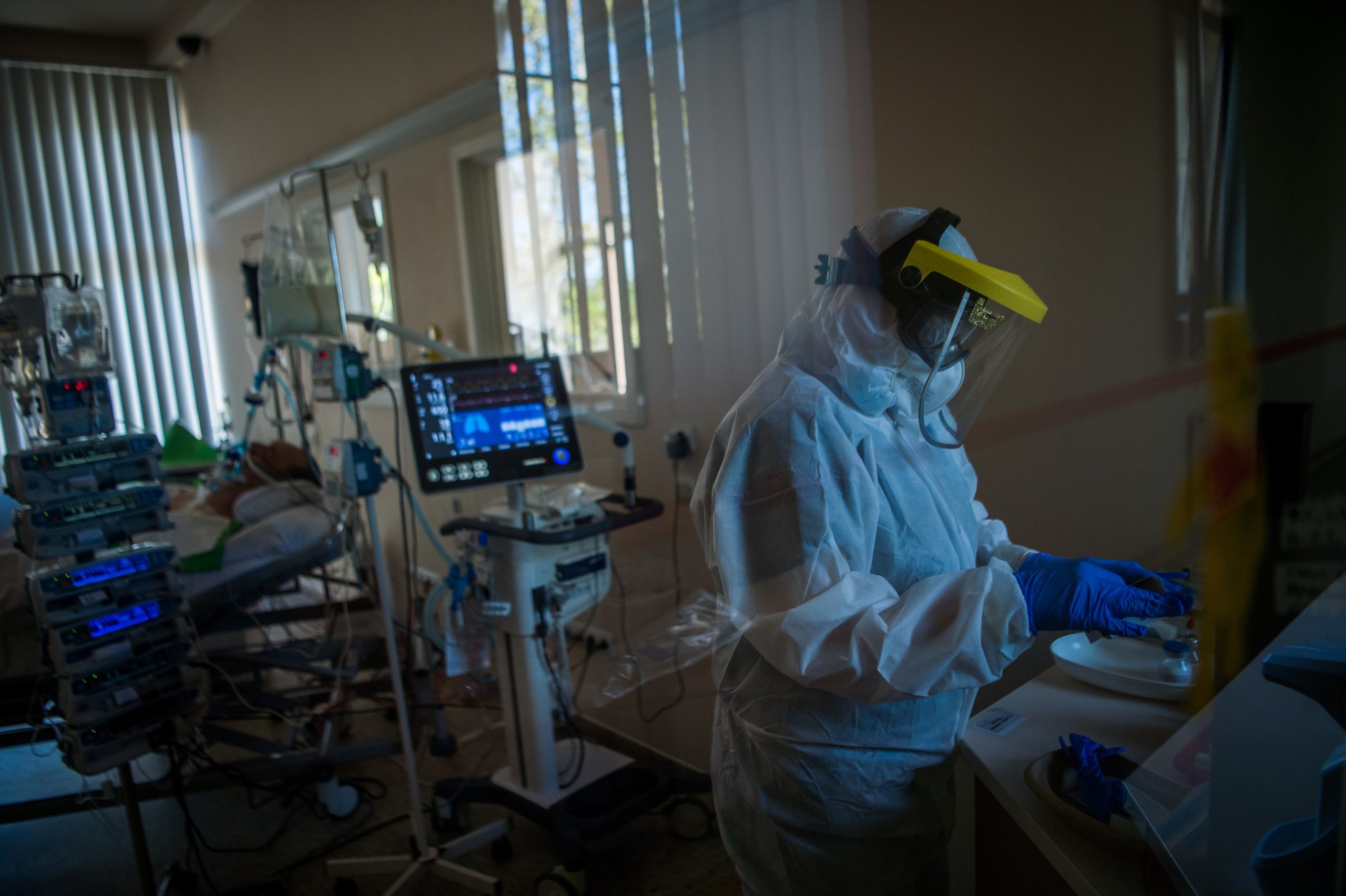 Fully 189 Covid patients, generally elderly and suffering from an underlying illness, have died over the past 24 hours, while 6,212 more virus cases have been officially registered, koronavirus.gov.hu said on Friday. The total number of cases since the first outbreak in the country has risen to 238,056, while the death toll now stands at […]Continue reading

Just like other experts, both Kunetz and the Pécs virologist team also warn that the spread of the epidemic is still mostly driven by closed spaces, dense social interactions, and larger gatherings. As the holidays approach, it is very important to understand and adhere to the main rules – wearing a mask, keeping distance, washing hands, and avoiding crowded spaces.

Several experts also urge the government to come up with reasonable rules to reduce contacts. According to Kunetz, it is not necessary to create time zones for shopping, but rather to limit the number of customers present at a time in a given space. He also calls for the introduction of home office as widely as possible, making masks compulsory in the workplace and, where possible, digital curriculum for grades 7 and 8 in primary schools. Kunetz added: “…if the Christmas shopping spree is not limited in some reasonable way, we can go from graveyard to graveyard in the first weeks of the new year… To prevent this from happening, and to save what can be saved, and to somehow keep jobs and the economy alive, we need rational and transparent rules.”

As we reported earlier, not only Hungarian consultants, virus experts and doctors, but the most prestigious international epidemiological modeling institute also drew attention to the fact that according to their present predictions, if the current trends in Hungary continue, the situation will soon become catastrophic in the country. 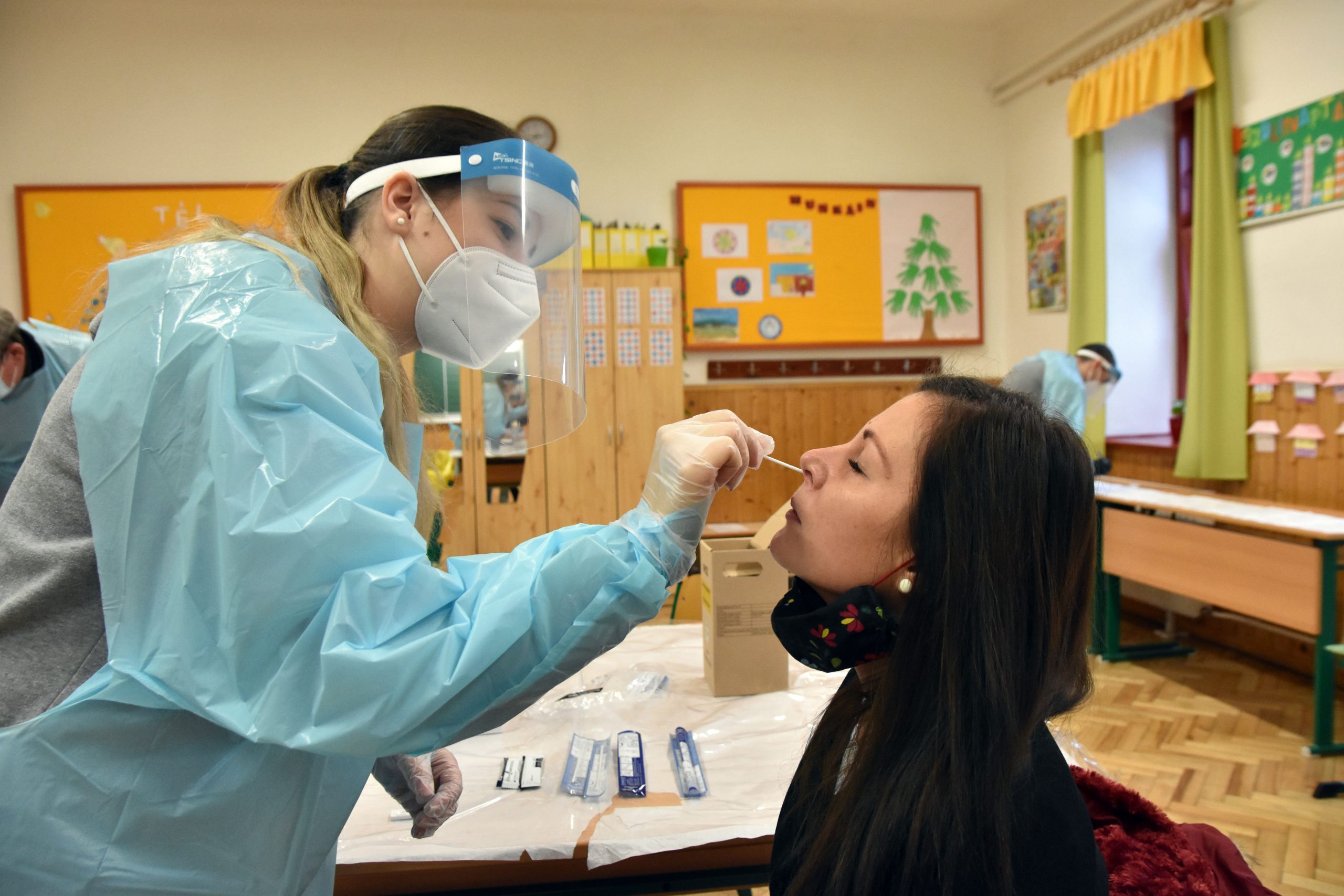 The Institute for Health Measurement and Evaluation (IHME) at the University of Washington, operating with the support of the Bill and Melinda Gates Foundation, is one of the most recognized and trusted research institutes for modeling health trends worldwide. Back in early November, they already predicted that if the current trends in Hungary continue, the situation will soon become catastrophic.

Based on their current predictions, the epidemic would peak in early January in Hungary, with almost 9,000 new infections a day. Daily deaths are the best indicator of the progression of the pandemic, although there is generally a 17-21 day lag between infection and deaths. According to the IHME, in the worst case, 12,177 COVID-19 fatalities can be expected by April 1, 2021.