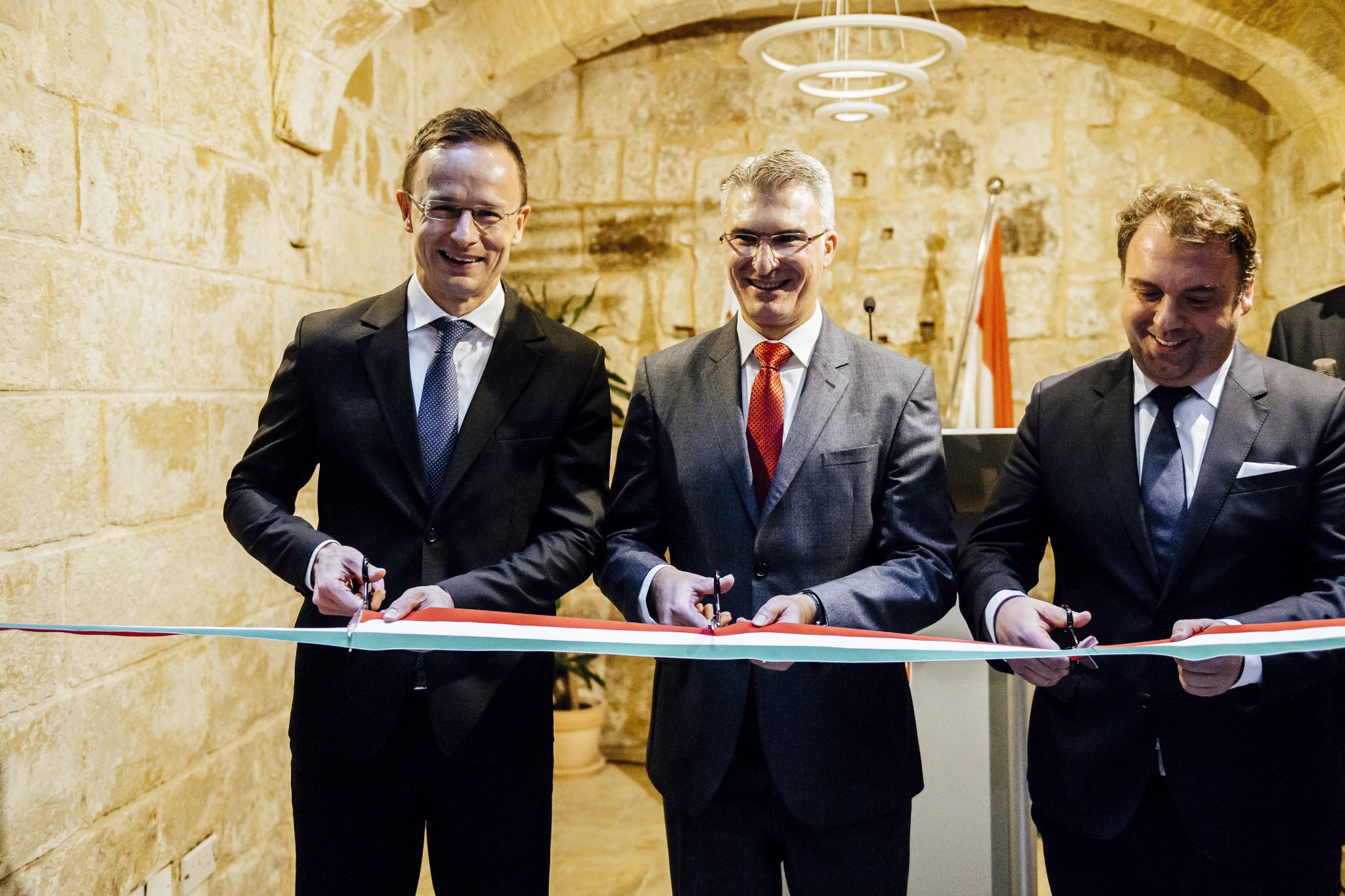 At the opening ceremony, Szijjarto spoke highly of bilateral relations, adding that Hungary and Malta had no unresolved issues or disputes, while both countries were committed to increasing bilateral cooperation.

The minister said the new representation mission would be useful for Hungarian nationals of whom there are 3,000 on the island in addition to 27,000 Hungarian holiday-makers, based on 2018 data.

Hungary and Malta support each other in international organisations such the United Nations, he said.

Szijjártó said both countries considered Christianity the basis for European culture, and joint cooperation on protecting Christian communities was a possibility.

Hungary and Malta takes similar positions concerning a number of challenges facing Europe, such as EU enlargement, Szijjártó said. He added that the two countries were in agreement that the community and the UK should strive for close ties in case of Brexit.

Szijjártó called migration “a crucial problem”, and Hungary and Malta are in agreement that security aspects should be considered when taking an approach to migration, with an emphasis on border protection. Potential migrants should be helped to stay and prosper in their own homelands, he added.

Hungary-Malta relations are based on mutual respect and this provides a basis for future cooperation, Szijjártó said.