Hungary has placed 19th in the National Bank of Hungary’s ranking of European Union countries by their level of competitiveness, Gergely Baksay, the central bank’s director, told a press conference on Tuesday, presenting the NBH’s latest competitiveness report.

Hungary’s score of 47.4 points on a scale of 0-100 is slightly higher than the average score of the other three Visegrad Group countries (46.7) but falls short of the EU average by 4.5 points, Baksay said.

The ranking is headed by the Scandinavian countries and the Netherlands, with Romania, Greece and Bulgaria bringing up the rear. Slovenia and Estonia are the highest ranked central and eastern European countries with 53.1 points and 52.5 points, respectively. All other CEE countries scored lower than the EU average. Sweden achieved the highest score with 67.3 points.

The ranking is based on an evaluation of 154 indicators in 12 fields of competitiveness using data from 2019, meaning that the effects of the novel coronavirus pandemic had not been factored in.

Hungary’s targets for the upcoming decade include becoming one of the top 5 European countries in terms of level of development and quality of life, the central bank governor, György Matolcsy, said in an article published by economic news portal novekedes.hu on Monday. The goal is to approach Austria’s level of development and to reach […]Continue reading

According to the report, Hungary has made significant progress in several areas but still has room for improvement in areas such as education, health care and the productivity of small and medium-sized businesses.

To catch up with the leading countries, Baksay said, Hungary has to maintain a growth rate that is 2-3 percentage points above their average growth rate. Hungary’s economic growth rate in recent years outstripped those of the highest-ranked countries by more than 3 percent, he said.

Areas Hungary must tackle in order to improve its competitiveness include the high operating costs in the banking sector, Baksay said, adding that these costs were the highest in the EU. One reason for this, he said, was domestic banks’ “lack of digital maturity” compared with their European peers. 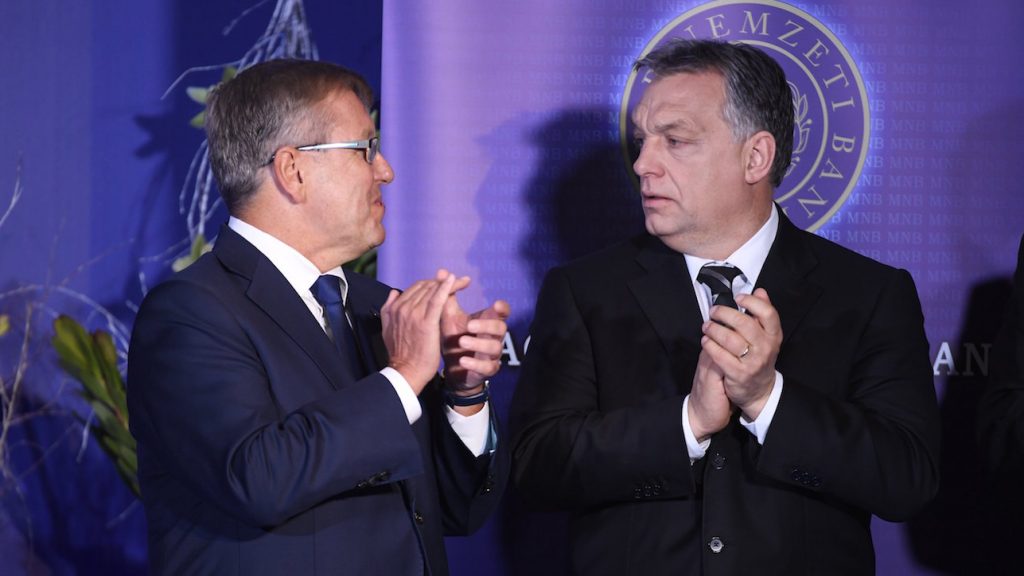 The Central Bank of Hungary (MNB) has published its new competitiveness program which consists of 330 points. The 234-page document is a more detailed version of earlier competitiveness packages. While György Matolcsy was talking about ways to go about boosting the country’s competitiveness at the Hungarian Chamber of Commerce and Industry’s (MKIK) conference, the MNB […]Continue reading

Baksay said Hungarian businesses had been too reliant on banks when it came to securing funding, and rarely chose to issue bonds. To help companies transition to the bond market, the NBH has taken steps to boost the market’s liquidity, he said.

The stability of the state bond market has increased significantly, with the majority of Hungary’s public now being held by domestic investors and households, he added.

The real productivity of small and medium-sized companies has increased by 30 percent since 2010, double the average growth rate seen in the Visegrad Group countries and four times the average growth rate seen across the EU during this period, Baksay said. Still, Hungary has “a lot of catching up to do” in terms of productivity and wages, he added.

As regards the job market, Baksay said Hungary should exploit its hidden reserves of human capital through incentives for atypical forms of employment and in-country mobility.

Improvements to the health condition of the population, a demographic turnaround to secure the increase of the economically active-age population and a state-of-the-art educational system could contribute to the country’s competitiveness, the report said.