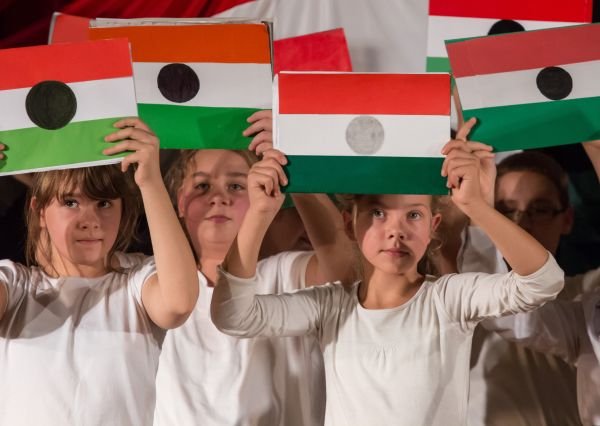 Twenty-five years ago after the fall of Communism in Hungary the first democratically elected National Assembly declared 23 October an official national holiday, which was later was confirmed by the Fundamental Law of Hungary in 2012. According to the tradition, after raising the national flag of Hungary on the Memorial Day, the heroes and victims of 1956 are commemorated at designated sites of the Revolution such as the Budapest University of Technology, the Bem statue, the building of the Hungarian Radio, and the sites of clashes in Budapest.

On the occasion of the 60th anniversary, the national holiday will also have a honorary guest in Budapest this year: the President of Poland. Andrzej Duda, as well as Hungarian Prime Minister Viktor Orbán, will deliver a speech on 23 October at the Kossuth square in front of the Parliament building. Heroism, tribute and freedom will be the central ideas of this year’s 23 October commemoration, Defence Ministry state secretary Tamás Vargha said at a press conference held ealrier this week to present the official programme of the national holiday.

The central events already start on Saturday, 22 October. On that day, from 10:00 to 18:00, visitors can see the Holy Crown inside the House of Parliament. In the afternoon, former Prime Minister Péter Boross, President of the Public Foundation for Freedom Fighters delivers a speech at the 1956 memorial of the Budapest University of Technology (BME). At 15:00 in the afternoon, the traditional commemoration ceremony “The people made history” begins at BME, with speakers including Mária Schmidt, Government Commissioner in charge of the 1956 Memorial Year.

Click on the red markers for more information on the venues of programs to be held on the 60th anniversary of the 1956 Revolution!

On Sunday, 23 October the central programs start in Kossuth Square, where, in the presence of President of Hungary János Áder, the flag of Hungary is raised with military honors at 09:00 in the morning. At 15:00, a ceremony entitled “For a Free Hungary” starts in Kossuth Square, after which, at 19:00 in the evening, the Freedom Concert begins in the László Papp Budapest Sports Arena. Due to the weekend events, tram 2 will be running on a shortened route. On Saturday evening at 10:00, Vértanúk tere will be closed down, just like the lower quay on the Pest side on Sunday. On 4 November there will be a period tram service on the tramlines 4 and 6, and newsboys will hand out 1956 news digests at the stops of trams 6 and 49.