The Hungarian government has achieved considerable results in developing economic ties with China over the past few years, Finance Minister Mihály Varga said after meeting Chinese counterpart Liu Kun in Beijing on Tuesday.

Hungary’s “opening to the east” policy launched to develop closer ties with Asian partners was an important starting point for intensifying cooperation, he said. This was coupled with the Chinese government’s Belt and Road Initiative, a development strategy that brings Asian and European countries closer to each other. Hungary has joined the initiative and is also a member in the Asian Infrastructure Investment Bank through which it has gained direct access to joint development schemes, he added.

At the meeting with Liu, Varga said they had reviewed bilateral relations and opportunities for economic cooperation. He cited Liu as saying that the Chinese economy was still dynamically developing and the Chinese leadership projected economic growth to reach 6.5 percent in the upcoming period, which may also boost the global economy. Varga said China also helped European economies to find new export markets in Asia.

The minister said one of the key purposes of his visit was to advance the Budapest-Belgrade railway development credit contract. To this effect, he met the head of China’s Eximbank and the deputy head of the National Development and Reform Committee.

Varga met the chairman of the Bank of China which operates a regional hub in Budapest. The minister expressed hope that the opening of more branches as part of the bank’s regional expansion would further strengthen the role of the Budapest centre.

Varga said the Hungarian government was working towards making Budapest a regional financial centre and would like to see more Chinese banks opening branches in the city. He added that several Chinese banks were assessing this possibility, including the Chinese Industrial and Commercial Bank. 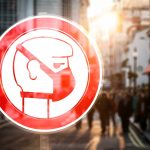