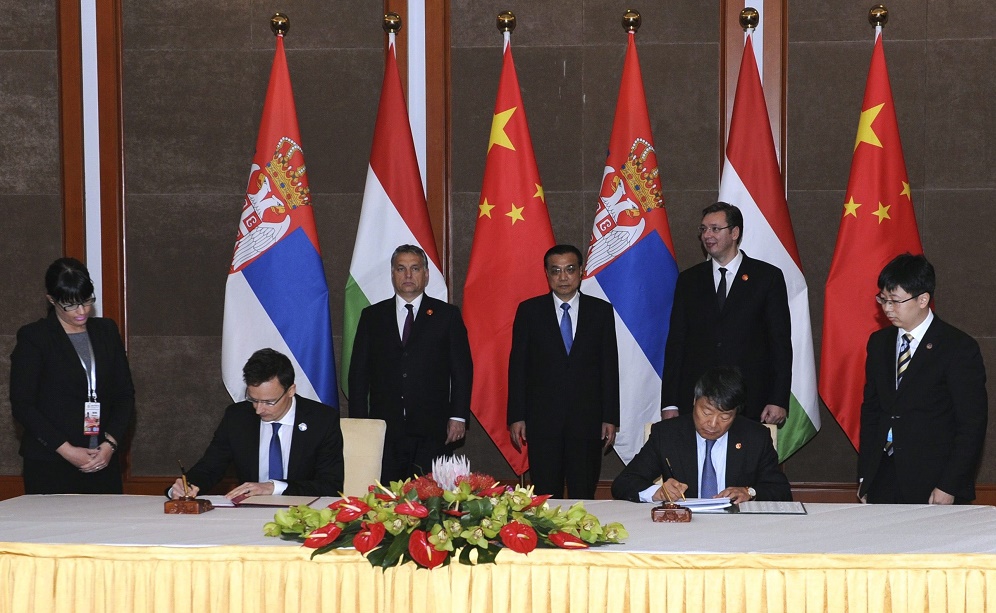 Hungary’s foreign minister and the chairman of China’s National Development and Reform Commission signed the intergovernmental agreement on the revamp of the Budapest-Belgrade rail line in Suzhou, in southern China, on the sidelines of the ongoing China-CEE summit. Péter Szijjártó said the agreement on the investment project, 85% of which is to be financed by China, is the “first concrete success” of the China-Central and Eastern European Countries (CEEC) partnership. The remaining 15% of the investment is to be financed by Hungary. 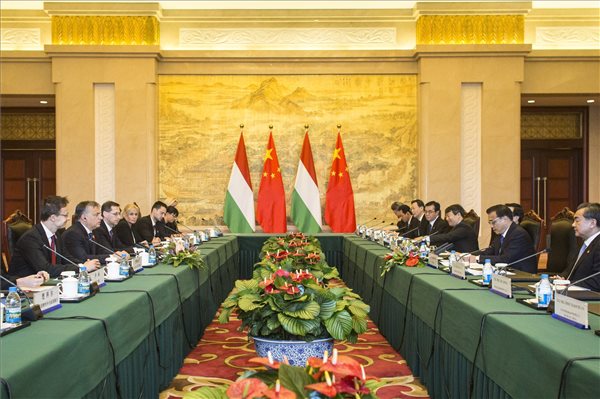 The signing ceremony was attended by Hungarian Prime Minister Viktor Orbán and his Chinese and Serbian counterparts, Li Keqiang and Aleksandar Vucic. Szijjártó confirmed that the renovation of the 166-kilometre rail section in Hungary will cost 472 billion forints (EUR 1.5bn). When work on the line is complete, trains of up to a speed of 160kmh will be able to roll on the upgraded tracks, including 740 metrelong freight trains. China has agreed to grant Hungary a 20-year loan with a 5-year grace period, the minister confirmed.

He said the project is unique in the sense that it involves China, a European Union member state and a non-EU member state. Szijjártó said that under the agreement China will offer Hungary favourable interest rates in order to ensure that both countries see a return on their investment as soon as possible. China and Hungary have yet to agree on an interest rate, he said. Although no deadline has been set, the two countries will have to agree on the rate soon since construction work is set to begin by the end of next year and be completed within two years, Szijjártó added. 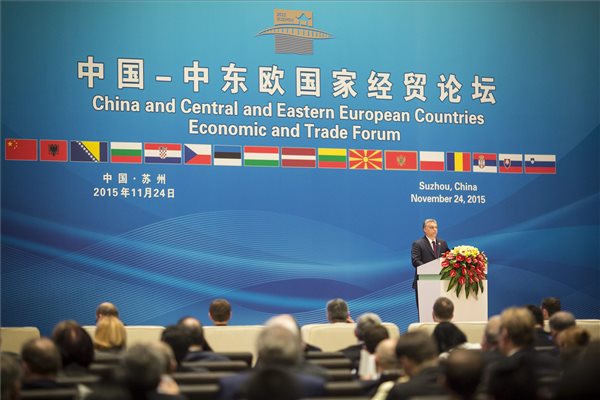 Meanwhile Hungary’s Prime Minister has delivered a speech at the China – Central and Eastern Europe summit in Suzhou. The recent attacks in Paris were directed against all European Union countries, Viktor Orbán said, warning that “we must draw serious conclusions and face severe consequences.”  He said that though Europe may be rich, it is weak, which he called a dangerous combination, stressing the need for firm action to ensure security for the community. Orbán insisted that China has a key role in securing peace in the world and in maintaining a global balance.

The Hungarian Premier asked China’s leaders “to support the European efforts aimed at restoring our security, and assist the European anti-terrorist efforts on all global political forums”. The prime minister praised the CEE-China cooperation launched in 2012 and noted earlier concerns that China’s economic prosperity could be transient. “Yet today, we see the opposite. China is on the path of permanent and long-term development and we all know that it will soon become the strongest economy in the world,” Orbán said, stressing that ties with China are based on “respect and mutual interests”.