Hungary’s central bank (MNB) has said inflation is likely to be higher in 2019 and the following two years than its earlier forecast.

The bank’s last Inflation Report was released in March. 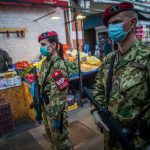 Food Prices Up by 8.7 % in April, says Central Statistical Office