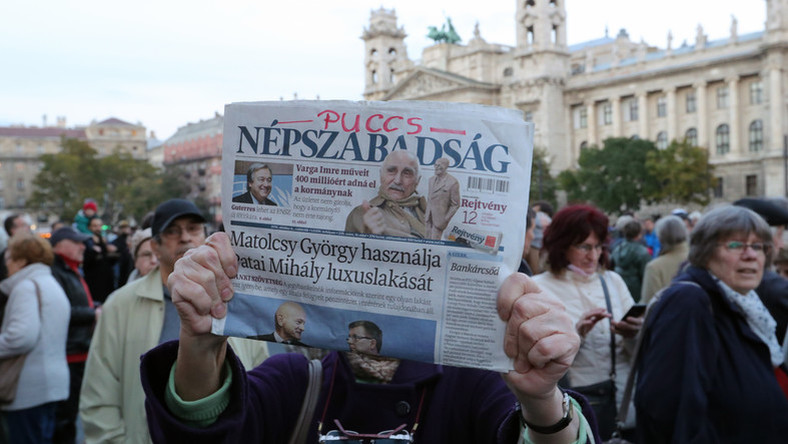 Publishing company Mediaworks, allegedly close to government circles, suspended the operations of Hungary’s biggest opposition daily Népszabadság on Saturday citing financial reasons. The decision, made less than 2 years after the acquisition of the paper, has triggered harsh reactions, frustration and anger in Hungarian media over the weekend. Critics say the suspension is a massive blow for the Hungarian press freedom as the owners have made a political decision by “killing” the 60-year-old left-wing daily. 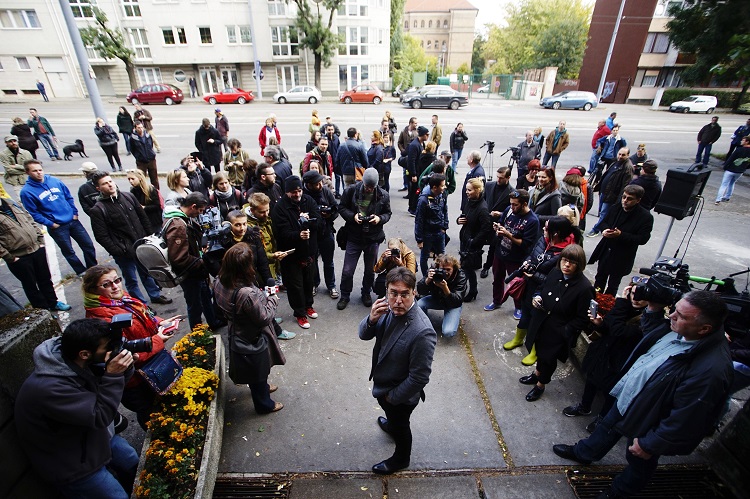 Mediaworks insists, however, it made a business decision as Népszabadság’s circulation had shrunk by 74%, or about 100,000 copies, over the past ten years and the daily had as a consequence accumulated over 5 billion forints (EUR 16.4m) in losses since 2007. The paper faces significant losses this year, too, the publishing company said. Operating under its current business model, Népszabadság “is adversely affecting the performance” of the publishing group, Mediaworks said, adding that “the long-term future of the group and of more than 1,000 employees, as well as the group’s publications will depend on the editorial offices, readership and the publications’ economic success”. The publisher said it will focus on finding the best business model for the paper in order to preserve it in future. Parallel with its decision to suspend the paper’s operation, Mediaworks said it is relieving the newspaper’s staff and temporarily suspending services with contracted partners.

Mediaworks and the Népszabadság‘s editorial group are now in talks on the possible sale of the paper, editor-in-chief András Murányi told a few hundred sympathisers and journalists outside of the publisher’s headquarters in Budapest. The newspaper’s editors made an offer, and the publisher, Mediaworks, agreed with the general concept, but wished to put the agreement in legal terms, until which time the paper will not operate, Murányi said. “I interpreted this to mean that the decision taken was not a financial one, rather some other type,” he added. The only thing on which the paper’s management and the publisher can negotiate is ensuring the sale of Népszabadság, Murányi said. Anna Danó, who heads the paper’s work council, said talks with the publisher would continue on Monday. The paper’s management and the publisher could negotiate on the sale of Népszabadság, Murányi said, adding that a declaration of intent on the sale could be drawn up in days. 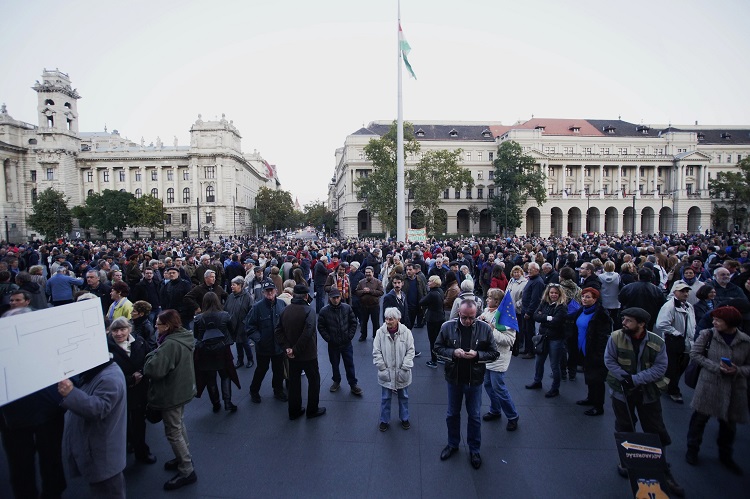 Journalists’ and readers’ demo in Budapest

Meanwhile two demonstrations were held against the suspension of Népszabadság daily in Budapest. The opposition Hungarian Socialist Party (MSZP), previous owner of Népszabadság until 2015, staged a demonstration with about hundred people in front of the newspaper’s offices in Budapest. Party leader Gyula Molnár said the suspension of the paper was the latest step on a path on which Hungary cannot go down. “Today it’s Népszabadság, tomorrow the rest of the newspapers, afterward the political parties and then the end of this country,” he said. A larger demonstration organised by the Facebook group for freedom of the press was later held by people to express solidarity with Népszabadság on the square in front of Parliament late on Saturday. The demonstrators, who included a number of the newspaper’s staff, other journalists and opposition politicians, filled the centre of Kossuth Square. Many chanted “Népszabadság”, “Democracy”, “We will not allow it”, “Orbán must go” and “Free country, free media”.

Népszabadság journalist Miklós Hargitai told the demonstrators that staff scheduled to work on Saturday had not been allowed into their offices. “That shows exactly how much of a business decision this was,” he added. Hargitai said Népszabadság’s staff had not received a pay rise since 2008, though their salaries had been cut twice since 2010. It is the job of a newspaper to keep power in check, he said. “That’s why there won’t be a Népszabadság from Monday, because the paper did its job too well,” he added. EP President Martin Schulz reacted to developments around the paper in a twitter message saying that the “sudden closure of Népszabadság sets a worrying precedent. I stand in solidarity with Hungarians protesting today”. 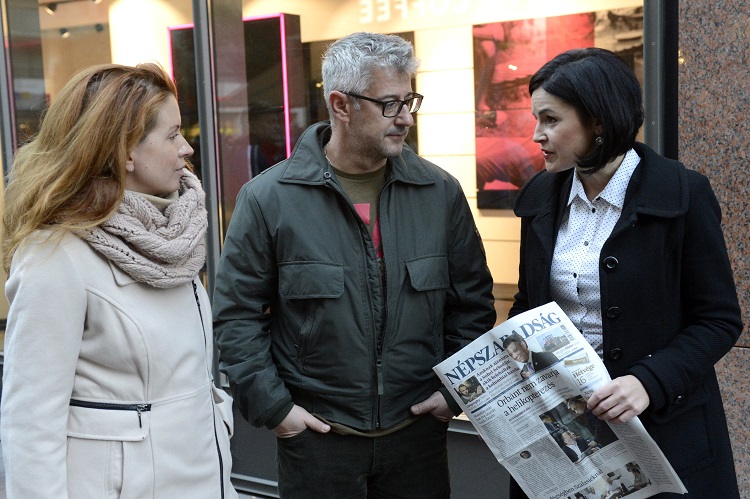 The opposition parties strongly criticised the suspension of Népszabadság, while governing Fidesz said it viewed it as a business decision. The Socialists said that the suspension marks a “black day” in the history of the Hungarian press and press freedom since the democratic transition. Népszabadság, which has served as one of the leading organs of the opposition press over the past 25 years, has been “practically turned off” in a move which “cannot be explained by financial losses,” a Socialist party lawmaker said.

Ágnes Kunhalmi noted that the daily had recently published reports on “scandals surrounding the National Bank of Hungary and György Matolcsy”, its governor, as well as the “helicopter affair” of cabinet office chief Antal Rogán, and asked whether the paper’s suspension could be related to these stories. She added that business circles close to governing Fidesz had earlier ruined news portals Origo and Vs.hu, commercial broadcaster TV2 and the Pannon Lapok group of newspapers, while turning state media into a “party propaganda mouthpiece”. What is happening in Hungary evokes Putin’s Russia,” she said. The leftist DK party said the decision was “one of the most vile attacks against Hungarian democracy and press freedom”. The party deemed the measure “a new chapter in the construction of Prime Minister Viktor Orbán’s dictatorship” and said it would appeal to the leaders of the EU, the Council of Europe and the OSCE to ”condemn the Orbán government’s step”.

The small green LMP party called the move unacceptable in a democracy and called on ruling Fidesz to prove that it is not responsible for the paper’s suspension. The suspension of the newspaper “goes too far”, Bernadett Szél, the party’s co-leader said during a party congress, adding that “what is at stake now is whether the Hungarian press can remain free and the government can be held accountable for its acts”. Szél said the party congress unanimously voiced its solidarity with the daily.

Radical nationalist Jobbik said the “undermining” of Népszabadság was another example of the “uninhibited megalomania of Viktor Orbán”, not market logic. The state of Hungary’s left is clearly reflected in their inability to defend even their own media, the party added.

Governing Fidesz said it viewed the suspension as a business decision, not a political one, considering its sizable losses. “A violation of press freedom would be interfering with a media owner’s decisions,” the party said, noting that the paper had earlier been owned by the opposition Socialists, but they had parted with their stake in 2015. 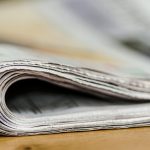