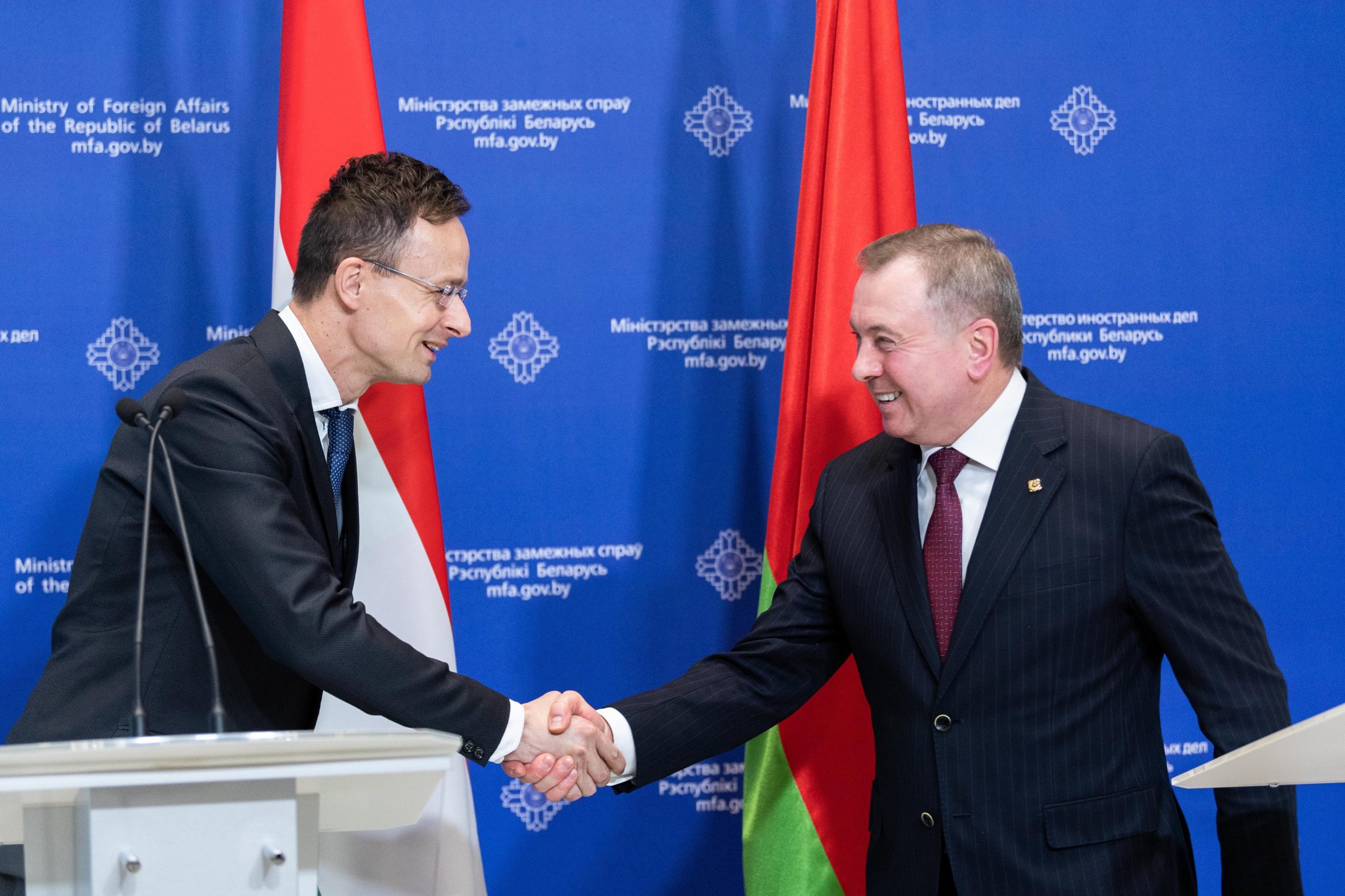 The European Union would benefit from closer cooperation with the Eurasian Economic Union (EAEU), Foreign Minister Péter Szijjártó said in Minsk on Tuesday.

Belarus currently holds the rotating presidency of the EAEU.

“We consider the EU Eastern Partnership policy very important, and Belarus is an important part of it,” he told MTI by phone. “It is very important to build a partnership, and this is why we propose further easing sanctions against Minsk.”

“Belarus plays an important role in any future cooperation between the EU and the EAEU, which is why we are also developing our ties that help promote highly important European interests,” he added.

In recent years Hungary’s economic successes were partly thanks to the realisation of the need for a well-balanced foreign economic strategy and in addition to western economic links, more attention had to be placed on links in the east, Szijjártó said.

By now, the speed of economic transformation is dictated at least as much from the East as from the West, he added.

“Many countries have realised this and it is clear that there is growing western interest in the Belarusian economy,” Szijjártó said.

“We Hungarians have managed to build a growing and improving economic cooperation with Belarus in the recent period,” he added. He cited a bilateral investment protection agreement which he said enabled Hungarian companies to carry out and plan more and more investment projects in Belarus.

“Our agricultural cooperation is flourishing,” he said, citing the sale of 750,000 chickens to Belarus. He added that 5 million euros worth of market opportunities are expected to become available for Hungarians in Belarus in the years ahead.

Hungary’s Richter is increasing its market share in the local market and cooperation in machine engineering and transport are developing at such a rate that not only Hungarian companies express interest in the Belarus market but increasingly strong Belarus companies are also looking for European production facilities and expect to rely on Hungarian investments, Szijjártó said.

The first double-decker trains Swiss rolling stock maker Stadler is producing at bases in Hungary and Belarus will be put on the tracks in the coming weeks, he added.

Transport links between the two countries are growing dynamically, with the current weekly three direct flights expected to grow to seven in the near future, Szijjártó said.