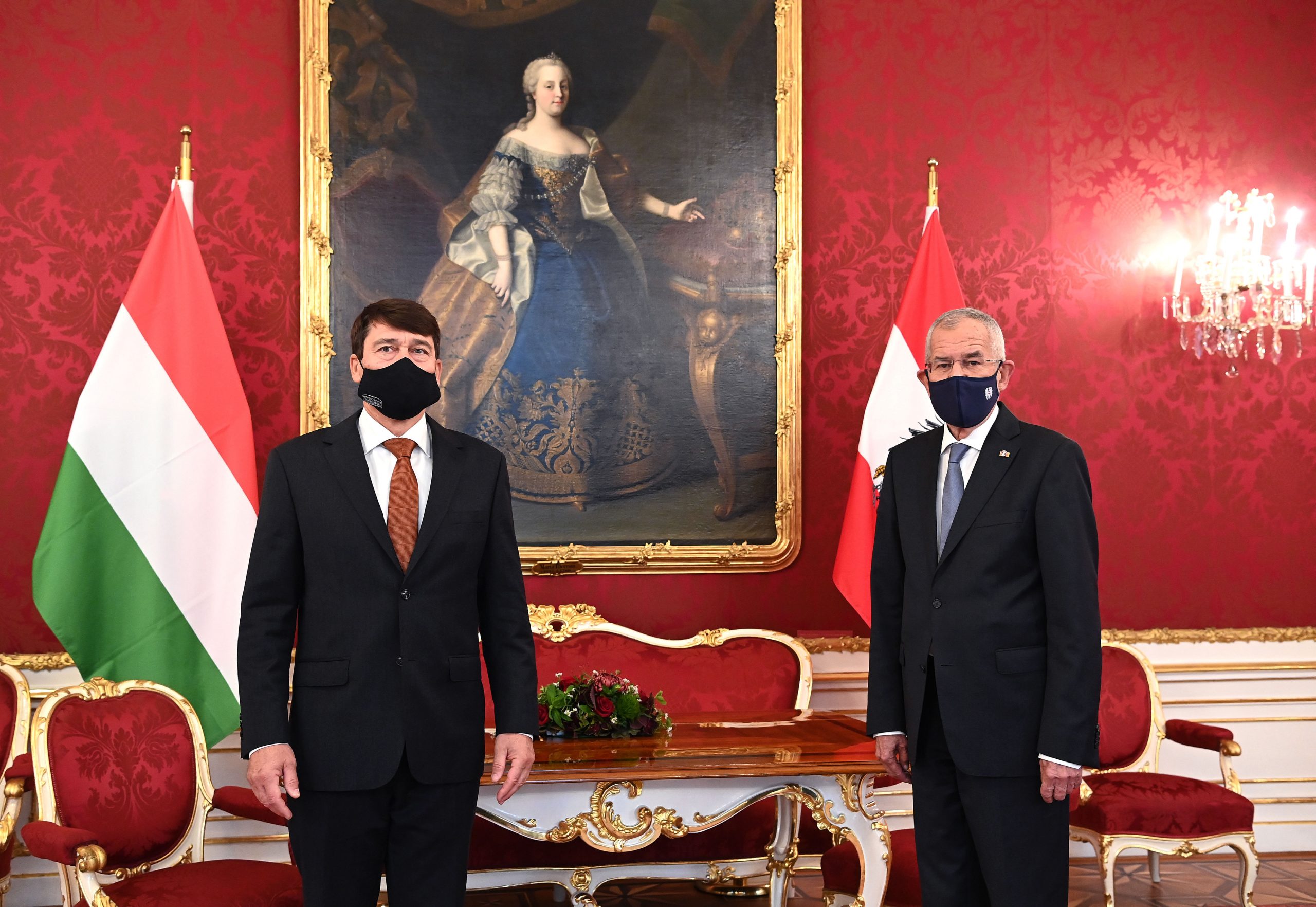 He said Austria was Hungary’s second most important trading partner and the third most important investor in Hungary. He added that great losses were suffered in tourism in both countries as a result of the epidemic, with the majority of hotels “empty” in both Budapest and Vienna.

Áder commented on a government coalition agreement between the Austrian People’s Party and the Greens signed at the beginning of this year which includes Austria’s plans to become climate neutral by 2040, ten years earlier than the European Union target.

Áder welcomed this and said it was an ambitious undertaking but it raised certain questions. He noted that between 1990 and 2018, Austria increased greenhouse gas emissions by 10 percent while Hungary decreased emissions by 30 percent. He added that annual emission was 9 tonnes per capita in Austria and 6.5 tonnes in Hungary and added that he would be eager to see Austria’s progress hoping that Hungary could also learn from it.

He said that Austria and Hungary held different opinions regarding the use of nuclear energy in the past several years. Austria considers it undesirable while Hungary believes it indispensable in order to meet the climate targets, he said.

“I can understand Austria’s position but I’ve asked them to also understand the Hungarian position” considering the difference in the natural environment between the two countries, he said. Hungary has less woodland and waters, so it must look for other solutions in order respect environmental considerations and at the same time fulfil the demands of the public and industries, he added.

“Even if we cannot convince each other, we can repeatedly re-assess our approaches” and adjust them, which will be a very good precondition for personal and mutual respect and good neighbourly relations, he said.

Áder was asked whether he “regretted” signing in 2017 the Hungarian higher education law that “terminated the operation of Hungary’s strongest university, the Budapest Central European University (CEU)”.

Áder responded saying that he “strongly contested” CEU’s branding as Hungary “the strongest university”. The law he said was aimed at ensuring that the CEU would work under the same conditions as another five foreign universities, adding that CEU still had courses in Hungarian and issued degrees.

He said it was misleading to say that CEU has moved to Vienna, adding that only graduate trainings for receiving a US university degree have moved to Vienna.

Van der Bellen highlighted diverse and close political, cultural and historical relationship between Austria and Hungary. He noted that around 50,000 Hungarians are working in Austria, primarily in the health-care and tourism sectors.

The Austrian president underlined the importance of cooperation which provided a framework to resolve cross-border issues.