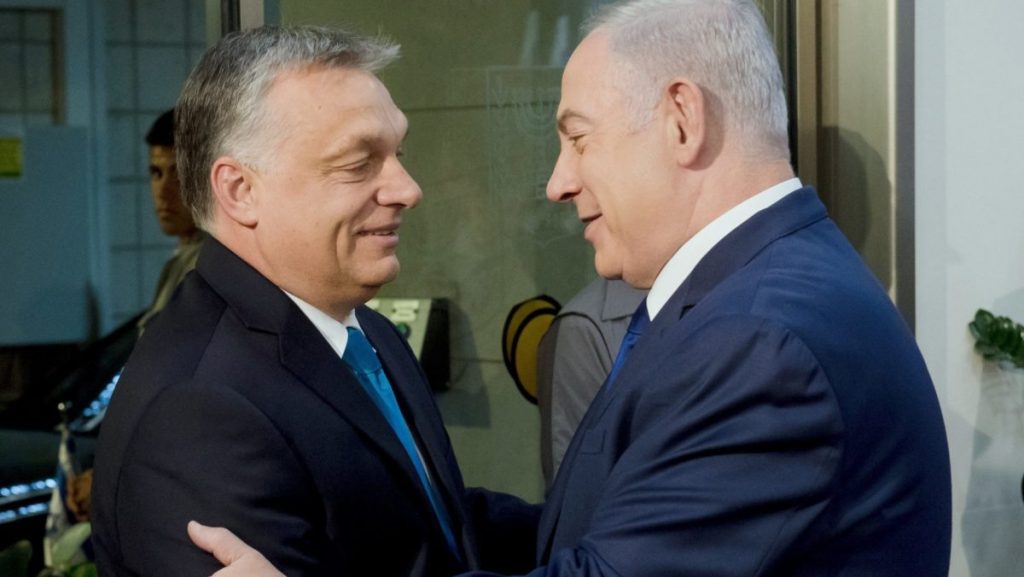 Viktor Orbán and the Hungarian Delegation arrived in Israel yesterday for a two-day meeting. Israeli Prime Minister Benjamin Netanyahu referred to Orbán’s visit as a major step in developing bilateral ties. He also pointed out that Orbán’s attendance represents the Visegrad Group.

The leader of the joint press conference noted that Hungary and Israel share common values and champion similar strategies concerning current world issues–such as standing against modern-day anti-Semitism, protecting severing borders, and fighting terrorism. “We’re living in a time when anti-Semitism is rising in western Europe but is on the decline in central Europe,” Orban said. The prime minister also stated that Hungary has a zero-tolerance policy for anti-Semitism. Netanyahu also noted that because of the Hungarian government’s stance, Hungarian Jews are able to live without fear. 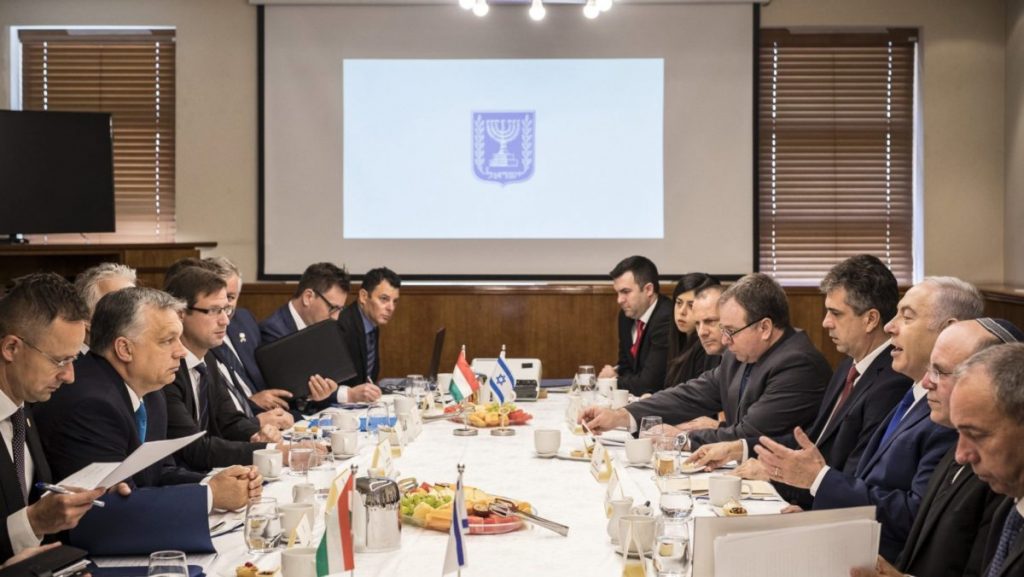 The two countries’ relations have been improving due to Hungary’s position as a major critic of EU migration policies, and its promotion of border fences. Last year, Netanyahu visited Hungary in what was the Israeli PM’s first official meeting since the fall of the Iron Curtain.

A foreign politics expert on Echo Tv suggested that it’s not a jump to consider this meeting a new cornerstone of bilateral relations. László Bernát Veszprémy asserts that the real change has occurred in how the Israeli public regards the CEE region. Previously, the Israeli Public considered the countries in the CEE region to be nationalist, underdeveloped and possibly anti-Semitic–an opinion which has begun to change over the last year according to Veszprémy. 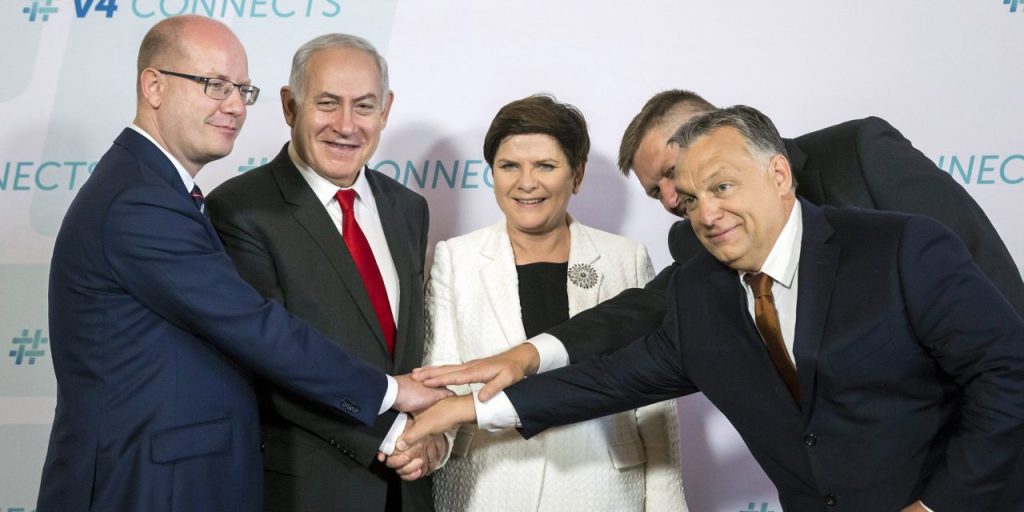 The transformation is truly visible as last year in the CEE- Israel summit, journalists caught Netanyahu imploring central European leaders to campaign for Israel in the EU.

Netanyahu was at a regional summit meeting behind closed doors with representatives of Hungary, the Czech Republic, Poland, and Slovakia when their conversation was transmitted directly to reporters’ headphones. The Israeli PM called the EU crazy for making technology and business agreements with Israel based primarily on political angles. He then begged CEE leaders to aid in lobbying against such tactics.

The state of Hungarian-Israeli relations stands out the most from the region, as it has seen the most significant growth with numerous noteworthy and symbolic events occurring over the last few years. The Executive Rabbi of the EMIH Slomó Köves has referred to a kosher slaughterhouse in Csengele, Hungary as a symbolic expression of the cohabitation of Hungarians and Jewish people. Also, Hungary will host the next Maccabiah Games, often referred to as the “Jewish Olympics”. 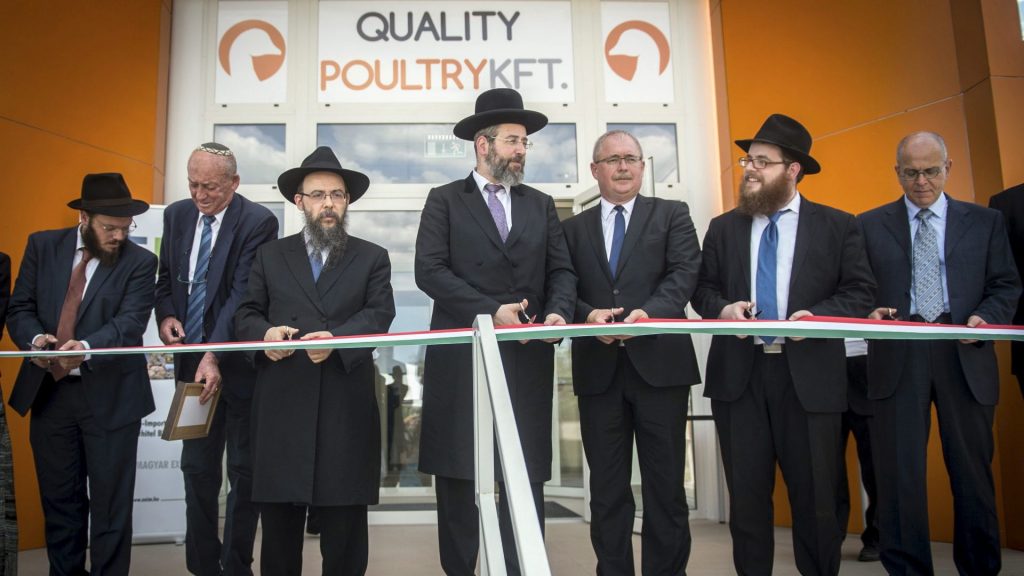 Hungary also finances the renovations of Hungarian-Jewish synagogues and promotes Jewish festivals in its former territories in Vojvodina, Ukraine, and Transylvania. However, according to Die Welt’s analyses, the source of the good relations is not the achievements listed above but is, instead, a result of the two leaders shared political opinions concerning self-defense, national sovereignty, and the faults of the European Union. In addition, Hungary, along with Romania and the Czech Republic, blocked the release of a statement by the European Union which would have condemned US plans to open its embassy in Jerusalem.

The left-wing media in both countries have criticized the strengthening alliance; pundits have accused Orbán of anti-semitism because of comments from a recent speech aimed at Jewish-Hungarian businessman George Soros:

We are fighting an enemy that is different from us. Not open, but hiding; not straightforward but crafty; not honest but base; not national but international; does not believe in working but speculates with money; does not have its own homeland but feels it owns the whole world

However, many experts see these comments as representative of the liberal-conservative conflict rather than anti-Semitic rhetoric.

The meeting was also business-related according to a statement made by Foreign Minister Peter Szijjarto to public media in Jerusalem on Thursday. Szijjarto held talks with the Minister for Regional Cooperation, Tzachi Hanegbi and director-general of the foreign ministry, Yuval Rotem. The minister noted that around 200 Israeli companies operate in Hungary, employing 5,000 people. Hanegbi shared that a 2 million euro joint innovation fund established last year had supported seven Hungarian-Israeli R+D+I projects.

This year the fund could rise to 10 million euros, he added. Szijjarto claimed that deliveries of gas to central Europe from an offshore Israeli field with nearly 800 billion cubic meters of reserves could start as early as 2024 or 2025.