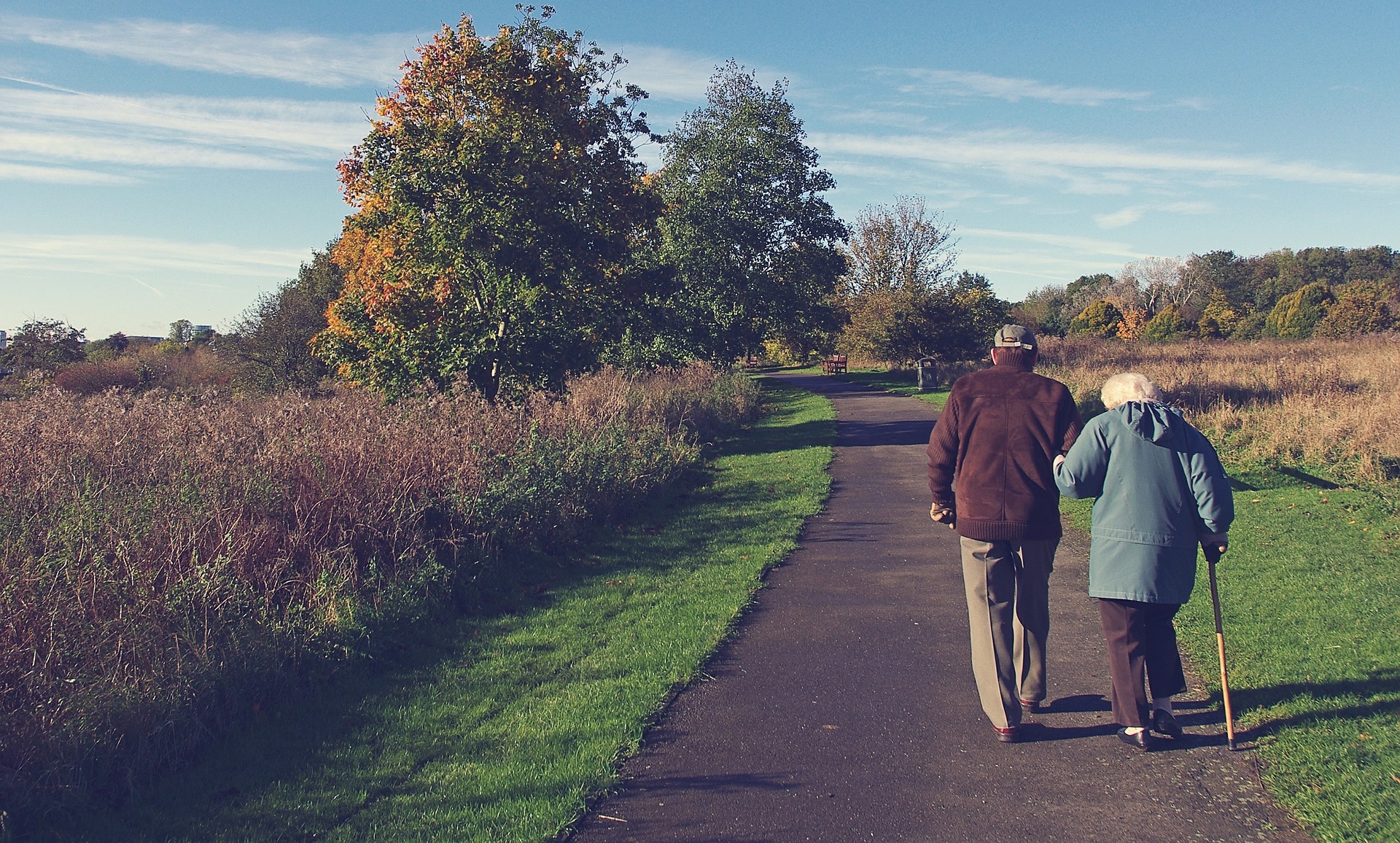 According to a recent study by the Hungarian Central Statistical Office (KSH), the dependency ratio will increase significantly in the coming years, with more and more inactive people per person of working age. The analysis also points out: with the dramatic increase in the proportion of older people and the continuous decrease in the number of births, Hungary has to face immensely difficult, long-term challenges.

The total dependency ratio expresses the support burden per person of working age: the child (14 years-old and younger) and the elderly (65 years-old and older) population as a percentage of the population aged 15-64 years. It is used to measure the pressure on the productive population. A low dependency ratio means that there are enough people working who can support the dependent population. A lower ratio is preferable as it could allow for better pensions and better health care while a higher one has an opposing effect.

It is also the bottom of a longer-term trend, with forecasts showing steady and significant increases in the future, states the KSH study, which shows that the already rising dependency ratio will increase significantly in the coming years. 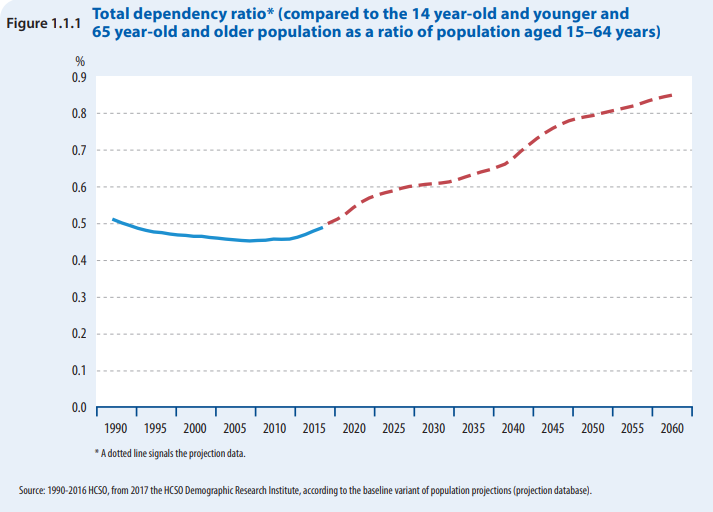 The dependency ratio may reach its maximum in 2062 with a value of 79% according to the current baseline population projection, which means 790 dependents (14-years-old and younger and 65-years-old and older) per thousand providers (15 to 64 years). After 2062, this rate will slowly decline, thus by 2070, the number is expected to be 77%.

In calculating the dependency ratio, three main age groups can be differentiated, their relative proportions well reflect the aging of the society, the dependency relations of each age group and the socio-economic effects of the changes. The three key age groups are:

The proportion of children has steadily decreased over the past decades. The pace accelerated in the 1990s. In 1990, 20.5% of the population were children, according to preliminary data, in 2019 it was only 14.6%, despite the fact that fertility rates have increased in recent years.

In parallel, the proportion of older people continued to grow from 13.2% to 19.4%. The aging of the population is clearly shown by the fact that since 2006 there are more older people than children in Hungary.

The large age groups born in the mid-1950s will reach the age of 65 in the coming years so the number of older people will increase dramatically in the near future, which means a growing burden on the shrinking working-age population.

According to the study in 2018, the average dependency ratio in the EU was almost 55%. Hungary, with its value of 50%, is one of the countries with lower dependency rates, which is mainly due to lower life expectancy and unfavorable fertility than generally in Europe.

Above average values ​​are mainly found in economically developed countries, i.e. France (61%), the United Kingdom (57%) and the Scandinavian countries, where fertility is above the EU average accompanied by high life expectancy.