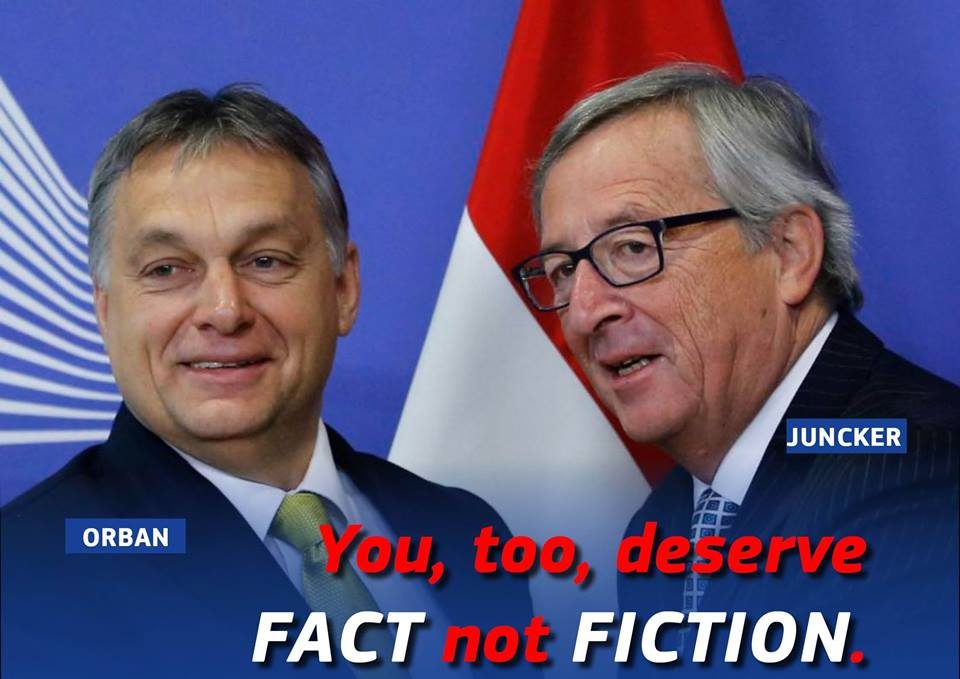 The European Commission (EC) has responded to the Hungarian government’s new “information campaign” claiming that Brussels’ plans promote and facilitate immigration. In a Facebook post, the EC states that “Hungarians deserve facts, not fiction,” and proceeds to call the campaign a “ludicrous conspiracy theory.”

The European Commission added that it’s shocked that such a “ludicrous conspiracy theory has reached the mainstream to the extent that it has.”

The EC also refuted the Hungarian government’s claims that Brussels “would like to introduce a compulsory migrant quota, weaken the member states’ border protection rights and facilitate immigration with migrant visas”:

The photo – resembling the Hungarian one published by the government yesterday evening – also has a Hungarian version: 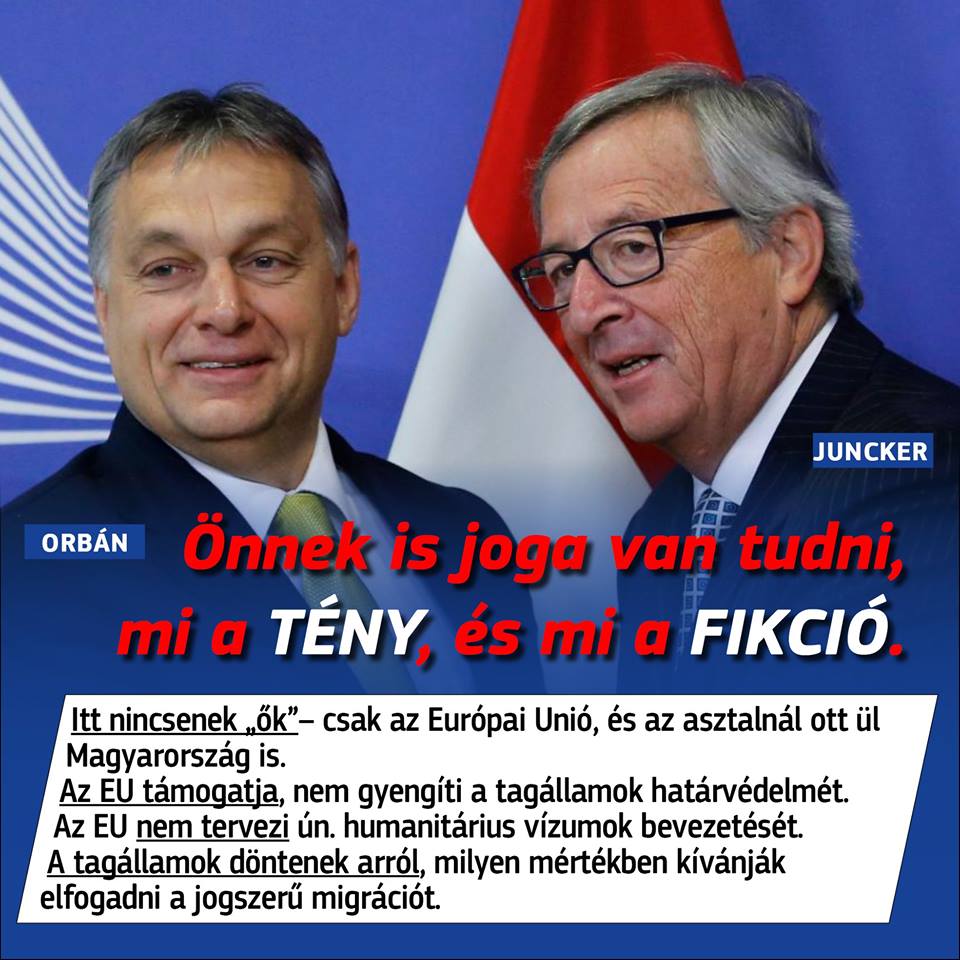