Hungarian Botond Kőszegi, lecturer at Budapest’s Central European University (CEU), has won the Yrjö Jahnsson Award, handed out every second year to economists  below the age of 45 researching in theoretical or applied fields.

Last year, the award was granted jointly to Thomas Piketty, one of the most influential economists of the previous years, and Helene Rey. The first winner of the prize was Jean Tirole in the year 1993, who won the Nobel Prize last year.

The Hungarian economist was awarded the prize for laying the theoretical foundations of behavioural economics and its application in community economics and contract theory, the European Economic Association’s panel wrote in its explanation.

Mr. Kőszegi has been a researcher at the Central European University since 2012, previously working progressing through academic ranks at the Department of Economics at the University of California, Berkeley.  After graduating at Harvard University in mathematics in 1996, he gained his PhD in economics at the Massachusetts Institute of Technology in 2000. 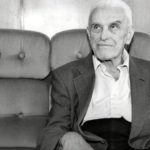 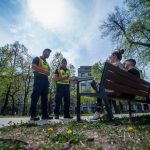