Hungarian Wages Rising for Years, but Still Lag behind in European Comparisons

Romania is closing in on Hungary in terms of the net average wage, while it has already caught up to Hungary in purchasing power. According to economic daily Portfolio, however, if we factor in the impact of Hungary’s family tax benefits, Hungary still has the edge over its Eastern neighbor.

Hungary’s steady growth of wages continued in 2019. According to the Central Statistical Office (KSH), the average net wage was 11.4% higher than in the previous year.

In 2019, the average net wage was EUR 9,079 in Hungary. This is the third lowest in Europe. The only countries with lower net salaries than Hungary are Romania (EUR 7,600) and Bulgaria (EUR 6,030) as compared to the previous year- Latvia managed to get ahead of us.

The main reason for this, according to the portal, is that last year’s consistent weakening of the forint consumed slightly more than half of the wage increase, as based on the MNB’s exchange rate, Hungary’s currency lost 2.8% of its value (almost 10 forints) last year.

But, there is a more important indicator than the nominal value of wages, called purchasing power parity (ppp), which enables us to compare the absolute purchasing power of the countries’ currencies.

Using this method, the net salary of EUR 9,079 in Hungary is worth EUR 14,397 in terms of purchasing power, which is the sixth lowest in the European Union.

Romania has made huge progress in one year, so much so that in purchasing power, the otherwise lower Romanian average net wage has practically caught up with the Hungarian one and is worth only 0.5% less (EUR 14,324). The difference is practically nothing, within the margin of error.

There are several other factors worth taking into account

In an article, economic news site Portfolio admits that despite the steep growth of wages in Hungary, Romania has indeed caught up to us both in terms of net wages as well as purchasing power.

These comparisons, however, are calculated with individual wages, and do not factor in the impact of family tax benefits, Portfolio emphasizes.

As a result, average Hungarian households with at least two children have a 10% higher disposable household income. In the case of families with parents earning less than the average wage, the gap is even bigger: Hungarian families may have 25% more household income than their Romanian counterparts, Portfolio writes. 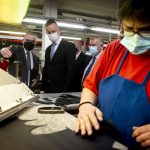