EU Summit: PM Orbán Says Hungarian Viewpoints On Migrant Crisis Are Starting To Be Acceptable In The EU 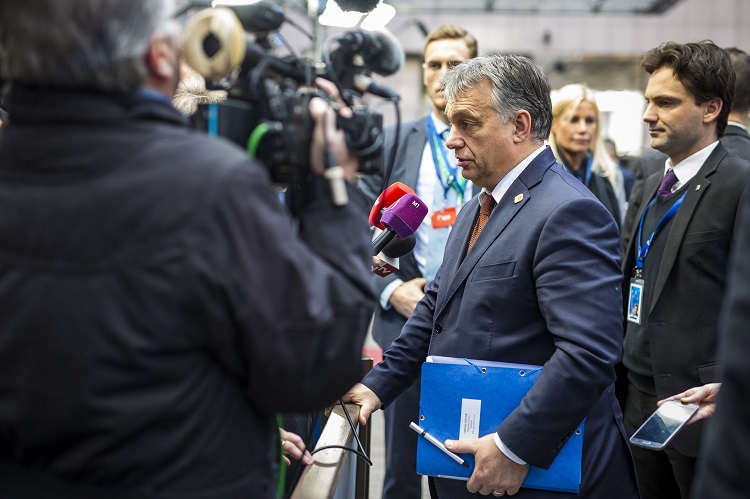 The idea which supports the protection of the EU’s external border is becoming more and more popular, according to Viktor Orbán. The Hungarian Prime Minister says the border defence topic was taboo few months ago, but it has become an important common duty.

Slowly the viewpoint which proposes that it is better to make the refugee camps outside of EU is becoming the majority opinion inside the EU – Viktor Orbán pointed out before the meeting of the heads of state and government in Brussels.

In reply to the journalist’s questions Orbán highlighted that the ”opinions which were not long ago scorned, underrated, and hated are not yet, but are becoming the mainstream, common standpoints. People who support these ideas are also greeted as partners”

He also mentioned the quota system; he said Hungary would not relent its position, and would not allow such a regulation to be made.  He also said Hungarians do not want Merkel’s plan. In his opinion it is not pleasant when someone lets a crowd made up of mostly economic migrants into Europe, and afterwards wants others to take the burden, as he put it: “just to get everyone out of trouble”.

At the press conference he was talking about the implementation of Ukraine’s visa-free regimes. Orban said it is morally unacceptable that Ukraine has passed the criteria, but we won’t give them the right of visa-free movement.