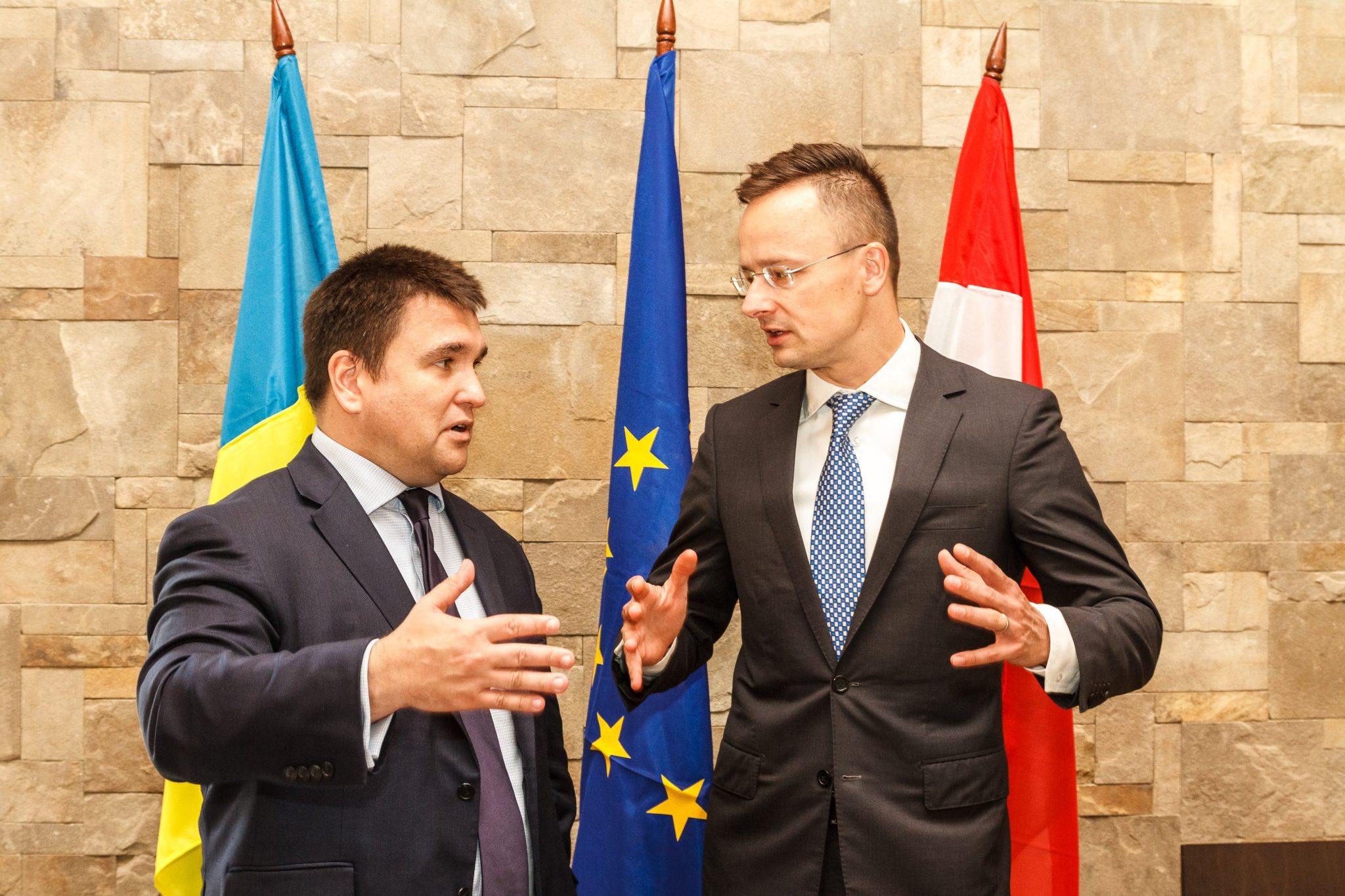 Hungary will retaliate in kind if Ukraine expels one of its consuls, Foreign Minister Péter Szijjártó said on Sunday, but voiced hope that the two countries can avoid such a scenario. Szijjártó noted that he will sit down with his Ukrainian counterpart, Pavlo Klimkin, on Tuesday to discuss what he called “the new momentum behind anti-Hungarian agitation in Ukraine”.

Earlier this week, Klimkin said he is not ruling out expelling the Hungarian consul serving in Beregszász (Berehove) from the country after hidden camera footage showing Ukrainian citizens taking Hungarian citizenship oaths at the consulate appeared on YouTube. Szijjártó reacted by condemning what he called “the Ukrainian leadership’s attempt to intimidate the ethnic Hungarian community in Transcarpathia”.

Ukraine is preparing to hold presidential and parliamentary elections and the incumbent president’s approval rating is “quite modest”, Szijjártó said. “Therefore, the powers that be have turned to the well-known Hungarian hating to boost their chances,” the minister insisted.

Szijjártó said this has “taken on multiple forms”. The Ukrainian secret service has started looking into certain members of the ethnic Hungarian community and there is now a website calling for action against dual Hungarian-Ukrainian citizens, he said. Harassment against Hungarian diplomats is getting more and more common and there have been many cases of people connected to foundations taking part in economic development schemes funded by the Hungarian government getting “called in for questioning”, Szijjártó added.

Intelligence methods may be involved in the listing of Hungarians

Ukrainian news agency UNIAN reported on Saturday that a Ukrainian nationalist website has started publishing the names and addresses of Transcarpathian Hungarians with dual citizenship. Szijjártó said that this past week Ukraine “went farther than ever before when it violated every existing written and unwritten rule of international law and diplomacy” by conducting an intelligence operation at a Hungarian consulate in Ukraine, the minister said, referring to the recording of the oath-taking ceremony.

Dual citizenship is common in the European Union, he said, adding that if a country wants to move closer to the bloc, “it cannot question this institution”. Hungary’s interests lie in maintaining good relations with Ukraine, and it has proven as such through its actions, he said. Szijjártó noted that Hungary regularly hosts children from Ukraine in summer camps, has donated chlorine to Transcarpathia and has pledged to donate insulin to Ukrainian hospitals that are facing a shortage of the medication.

The conflict continues to worsen year by year

The relationship worsened dramatically with the introduction of the new Ukrainian education law in 2017. The law aims to “modernize education” through reforms to be introduced from September 2018. The 7th paragraph of the law states that Ukraine’s official language of education is Ukrainian, and the use of minority languages is allowed only in the first four grades of primary education.

The law stirred up immense controversy and anger internationally, as Russia, Hungary, Romania, Poland, Bulgaria, Greece, and Moldova all reacted quite harshly to what has been perceived by many commentators as an attack on minority rights in Ukraine. After the inquiry, The Venice Commission promised to delay the passage of the law affecting minority rights until 2023. Petro Poroshenko also appears committed to guarantying minority rights in public education.

The conflict has already escalated beyond words. An unidentified attacker placed an explosive device in one of the building’s windowsills, setting the building on fire and destroying most of the ground floor. László Brenzovics, president of the Transcarpathian Hungarian Cultural Association, described the arson as an act of terrorism.

According to the Vienna Convention on Diplomatic Relations, Consuls may take responsibility for birth certificate and citizenship issues, should the receiving country’s rules don’t oppose it. The Ukrainian law bans dual citizenship, but it has no clear procedural framework regarding how to treat citizens who acquire another nationality – Csilla Fedinec, an expert on Ukrainian issues, explained to us.

Over the last 20 years, authorities didn’t actively seek out cases, therefore foreign citizenship wasn’t really an issue for holders. On the other hand, the expert pointed out that the Ukrainian rules clearly state that public servants can hold only one citizenship, and the people on the website’s list are almost entirely public employees.

If the people mentioned above lose their jobs in public institutions, such as universities, and seats in local governments, it can highly affect the Hungarian community via the loss of important positions and highly qualified people.

She also mentions that if Hungary doesn’t have to monitor the legal background of the recipients of its citizenship, it then places the responsibility on the person who acquired the documents.