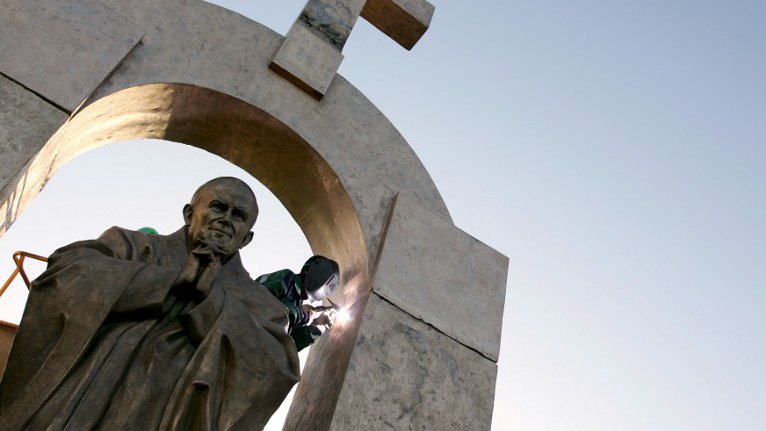 The town of Tata in northwestern Hungary is prepared to receive and install a statue of Pope John Paul II from Ploërmel, a town in Brittany, if France “rejects the Christian roots of European culture” and decides to demolish it, two politicians of the allied ruling Christian Democrats said. The holy Pope is highly respected in Tata, which has also named a square after him, party leader Zsolt Semjén and local mayor József Michl said.

The announcement comes after a French court ordered a locality to demolish a statue of Pope John Paul II, ruling that the artwork goes against the principle of the separation of church and state. The memorial, elrected in the small town of Ploërmel in 2006, includes a bronze statue of the late pope and a 8-metre cross mounted over an arch stretching above the figure. The court ruled that the memorial is “ostentatious” due to its location and size and thus goes against the country’s secular constitution and the 1905 law on the separation of church and state.