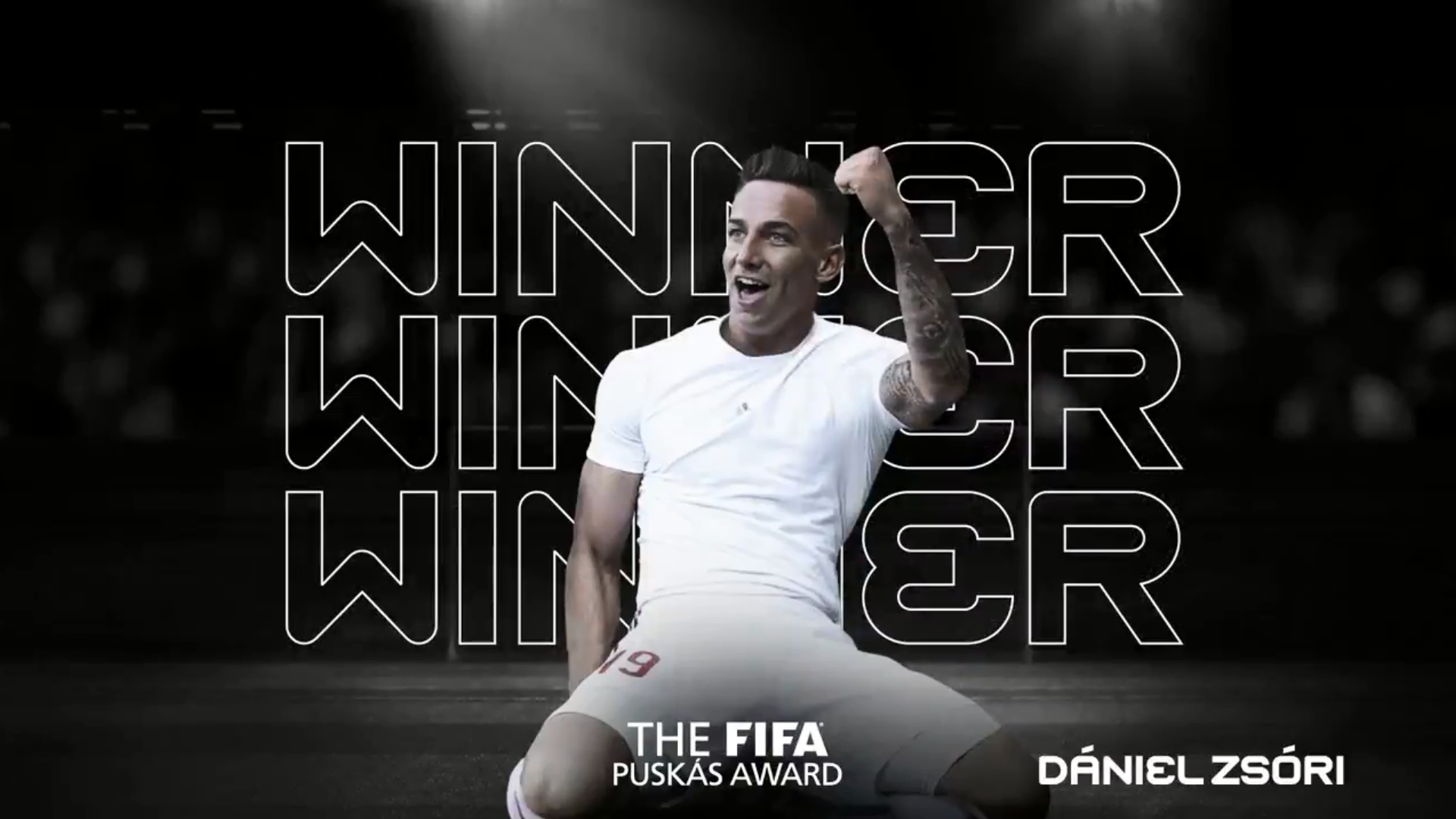 The spectacular overhead kick was 18-year old Zsóri’s first goal in the top flight of Hungarian football, scored on his second game. The forward, coming in as a substitute with nine minutes remaining, went on to score an incredible overhead kick in the injury time, helping Debrecen to a much-desired victory against league leader and later champion Ferencváros. Zsóri has since signed for MOL Fehérvár FC.

“It gave me amazing feelings, I still can’t realize that I scored the most beautiful goal in the world this year,” Zsóri told journalists after the ceremony. “I was so excited that I think if I had been on the camera throughout the whole time, my beating heart would have been visible through my shirt.”

The Puskás Award was established in 2009 by FIFA in order to reward the player who scored the “most beautiful” goal of the year. The award honors legendary Hungarian footballer Ferenc Puskás. Zsóri is the first Hungarian to claim the trophy.